A young woman returns to New York City and grapples with heartbreak, loss, and things unsaid. 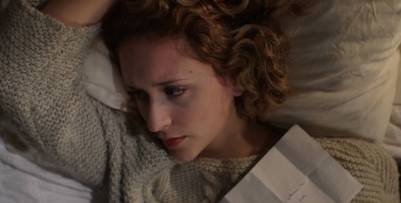 “Unwritten” is a short experimental film inspired by Roland Barthes’ masterpiece, A Lover’s Discourse. Charlotte returns to New York City having recently lost love and on the verge of losing someone else important. She is tormented by memories, symbols, and the lingering tension of things she wishes she could say to her former love. We see Charlotte’s realizations about her relationships and herself as well as her transformation as a sentient being. 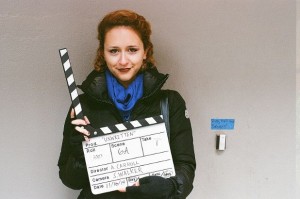 Anita Rojas Carroll is a multi-media storyteller and scholar based in New York City. Anita works in the realms of writing, photography, film, and new/mixed media. Graduating magna cum laude from NYU’s Gallatin School of Individualized Study, Anita dedicated her undergraduate education to exploring the intricacies of narrative and identity through critical theory, literature, cinema, and Latin American history. She is the director of two short films, a producer of four short films, and has worked on development and production for several esteemed media outlets including Shine Global Inc., Parts and Labor Films, Paper Magazine/ExtraExtra Creative, HBO, and PivotTV. Anita’s writing ranges from experimental to creative nonfiction to poetry and fiction to academic research. Her work has been published in a variety of academic and national publications, and she has had the opportunity to conduct research throughout the United States, Latin America and Europe. Currently, she is the co-founder of Storysmith Productions and Little Fox Collective and is pursuing her law degree at Fordham University. Anita is half Peruvian and is fluent in Spanish, which was also her first language. She hopes to promote the exposure of Latinxs and women in media and the arts.

Lucia Piscopo and The Maritime Hotel