This film is available for the run of the festival starting the day of Thanksgiving 2021. To watch or to vote for this film please click on the orange “TICKETS” button below and purchase a ticket for BLOCK 11.  You also have the option to buy the Movie Buff Pass to watch all the films of the festival until December 15, 2021.

On the run from a vampire hunter with a personal vendetta, immortal fugitive Kaia hides her lover from the monster she used to be.

Alyssa is a Latina filmmaker who specializes in “the weird”. She’s originally from Roachdale, Indiana where she grew up on her family’s farm. Her spark for storytelling was ignited after being introduced to Star Wars where she fell in love with fantasy, sci-fi, horror, anything that screams genre or aka weird.

Alyssa was admitted to Purdue University to be a veterinarian and  had to take an acting class as an elective. While making the final video project, Alyssa found her calling in filmmaking and performance and made the choice to focus on a dual B.A. in Film and Video Studies and Theatre Acting.

Alyssa has won several awards including the prestigious George Lucas Scholarship at USC awarded to exceptional underrepresented student filmmakers. She is also a National Hispanic Foundation of the Arts Scholar and was chosen to speak for the inductee class at 2019’s Noche de Gala event in Washington D.C. This year marks her first year attending NALIP as an Emerging Content Creator scholar. Alyssa was also a finalist for Paxeros’ inaugural Women of Color Commercial Directing Program for 2020.  She’s also an active member of NALIP and the Chicana Director’s Initiative in the Los Angeles community.

Currently, Alyssa can be found in preproduction on projects in both film and television.  She is also releasing shorts in the 2021 festival circuit and loving every moment of it.  When she isn’t directing, Alyssa can usually be found exploring in the woods, rock climbing, or rewatching either Star Wars or The Haunting of Hill House.

In a tiny farm town in Indiana, my grandfather always watched spaghetti westerns and the sounds of Clint Eastwood and The Duke filled our farm house. I fell in love with the adventures of the swaggering gunslinger and their trusty steeds and dreamed of one day creating my own cowboy epic. I used to dream about being a gunslinger and would play Cowboys and Indians with my friends every day after school, but I started to notice something. I was always made to be an Indian. It didn’t take long for me to realize that I was always being treated a little different. After a while, I found I liked being different, and once day I showed up and announced I was a gunslinger from Mexico. It took a couple weeks of rejection, but eventually the other kids came around. When I started writing The Wrangler, I knew I wanted to make it different. For me, that meant putting Latinx characters in the spotlight. These were the kinds of people I had always wanted to see on the screen and by blending monsters with cowboys in intense action sequences, I’ve created the movie I always wanted: a Latinx vampire Western. 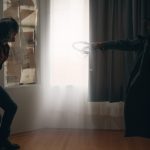 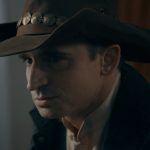 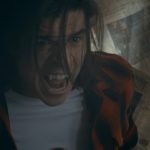 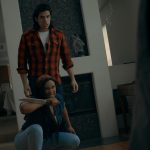 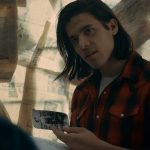 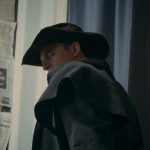 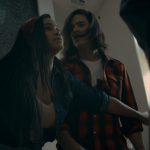 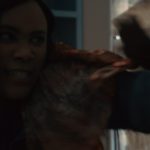 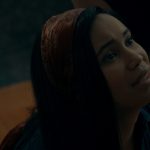