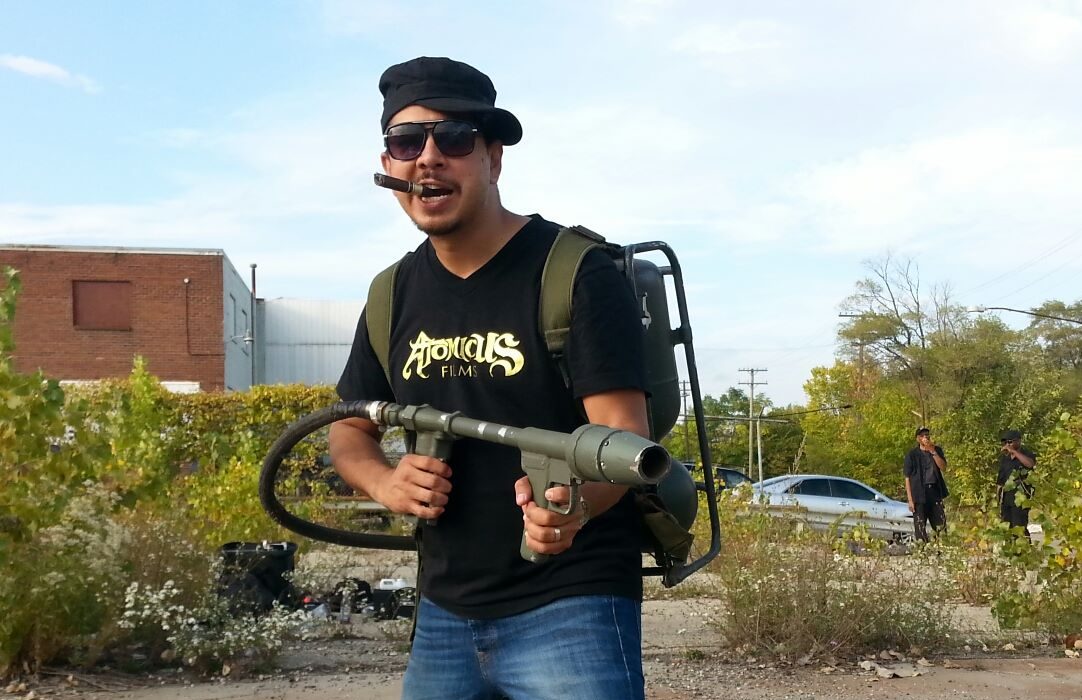 founder | festival director
Danny Hastings
Danny Hastings CEO, Director, Editor, Photographer, Actor, Writer
With over 20+ years experience in the arena of professional photography, with an impressive portfolio of A-List Celebrities, Album Art, Music Videos, Advertising Campaigns and Live Events. A red-hot member of the creative and media industry, Hastings has captured the changing American landscape through his unique and insightful point of view.  He founded the festival in response to the 2015 Oscar’s lack of Latino representation in film. 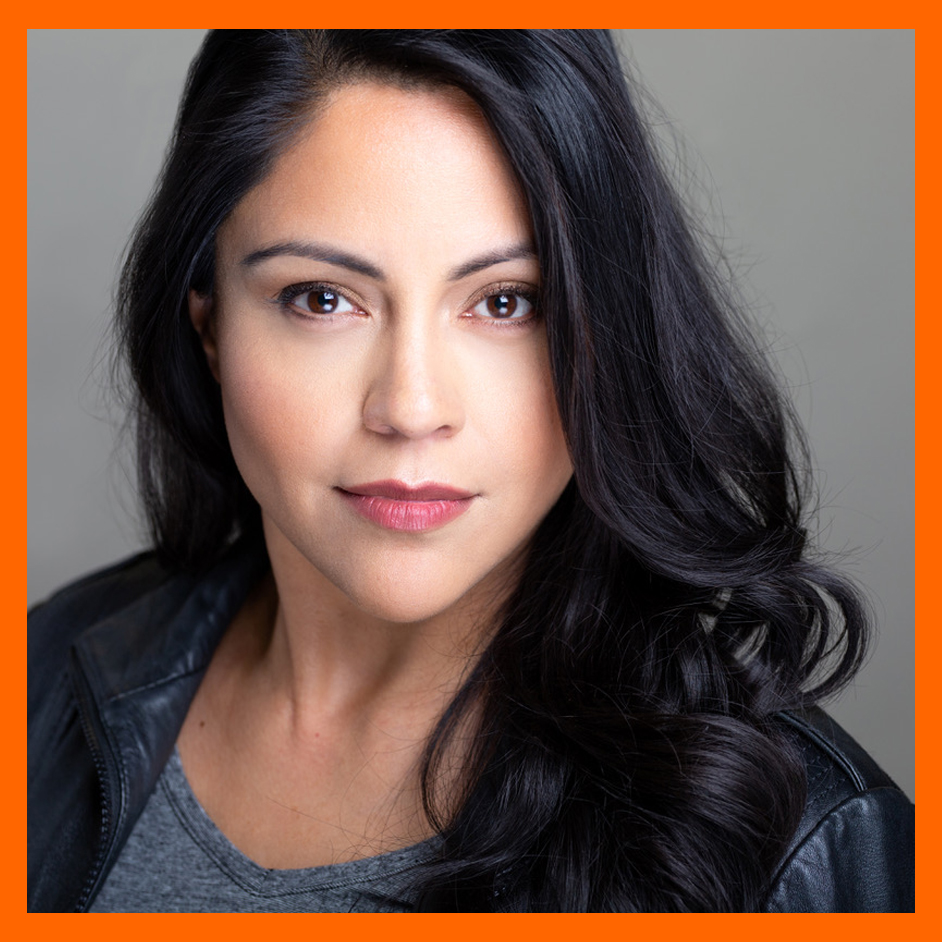 Member of the 2020 Official Latino Film Council
Paola Tonini
Paola Tonini is a Mexican-American multi-award winning film actress and multi-award winning film producer. Paola also collaborates with WNJU-47 TELEMUNDO, working as a freelance sales TV talent with multiple major clients in New York City. In addition, for nearly a decade Paola held the position of Producer and created marketing content for world renown brands with the prestigious Production house, Atomicus films.
Tonini has always had a personal passion for the paranormal.  As a Latina, she grew up hearing about– and was mystified by– many legends and unexplained phenomenons. For as long as she can remember, real and fantastic horror stories permeated her life. As a child, she was fascinated by shows such as The The Twilight Zone,  Outer Limits , Alfred Hitchcock,  La hora Marcada , La mano peluda and many other programs related to that genre. Later on in life, she soon became an avid consumer of horror films, paranormal content and every Stephen King book she could get ahold of. As a result, her latest project in the supernatural genre, is a culmination of this fascination.
“Misterios Del Mas Alla” vía IG Live showcases Latinos from around the world, as they share their real paranormal stories live every Thursday night at 7PM EST. With a deep feeling for the paranormal and a thirst for the unknown, Paola interviews her guests as they try to explain the unexplainable during her program.  In a matter of weeks, the response was loud and clear: the on-line show has thousands of viewers and enthusiasts from all around the Spanish speaking world. Latinos have been waiting to share their stories and many more are interested in listening to them. Her fervour for the genre and her skills as a host make this a one of a kind program that combines Paola’s talent as well as passions.  There are plans currently in place to grow “Misterios Del Mas Allá” and bring it to a larger scale.
Paola’s most recent collaboration was with “Latin Horror” where she wrote an article about “Dia De Los Muertos”, a Mexican tradition of love and respect towards those who are no longer with us in this realm of existence. 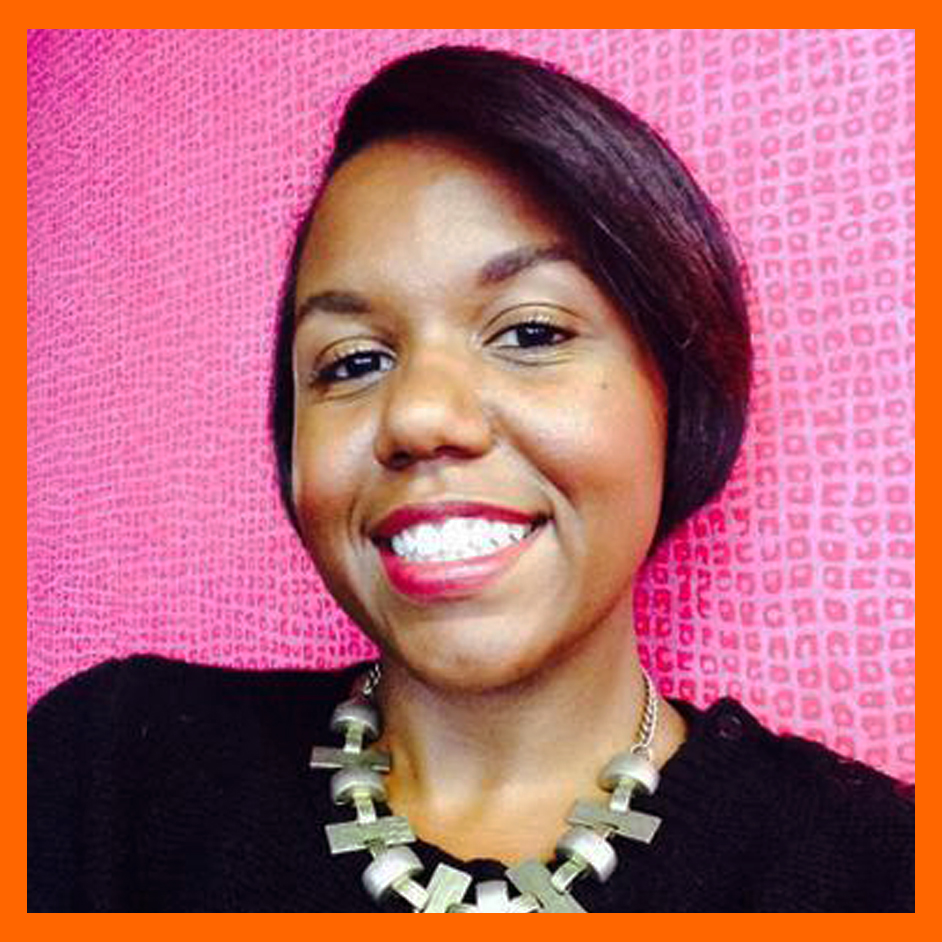 Member of the 2020 Official Latino Film Council
Jasmine Victor
Jasmine Victor
Marketing Exec, Brand Strategist, Creative Consultant, Producer
An expert in the fields of Multicultural Audiences, Strategic Partnerships, and Media, Jasmine uses this proficiency to identify trends — tailoring her efforts to create strong brand identities and engagement between creative content, advertisers and the viewer. Jasmine’s 17-year career began at the iconic Interview Magazine, where she learned the Ad Sales business catering to the world’s leading high-end luxury fashion and beauty brands. Her skills and leadership landed her at the female-focused The Oxygen Network before delving into multi-platform solutions and marketing for ViacomCBS’ in-house branded content agency, Viacom Velocity. With storytelling as her passion, her goal is to use her talents and eccentric creativity to develop ideas that are translatable across various mediums to inspire hope worldwide. Jasmine is a native of Chicago, IL, was refined in NYC, and is currently based in Los Angeles, CA. 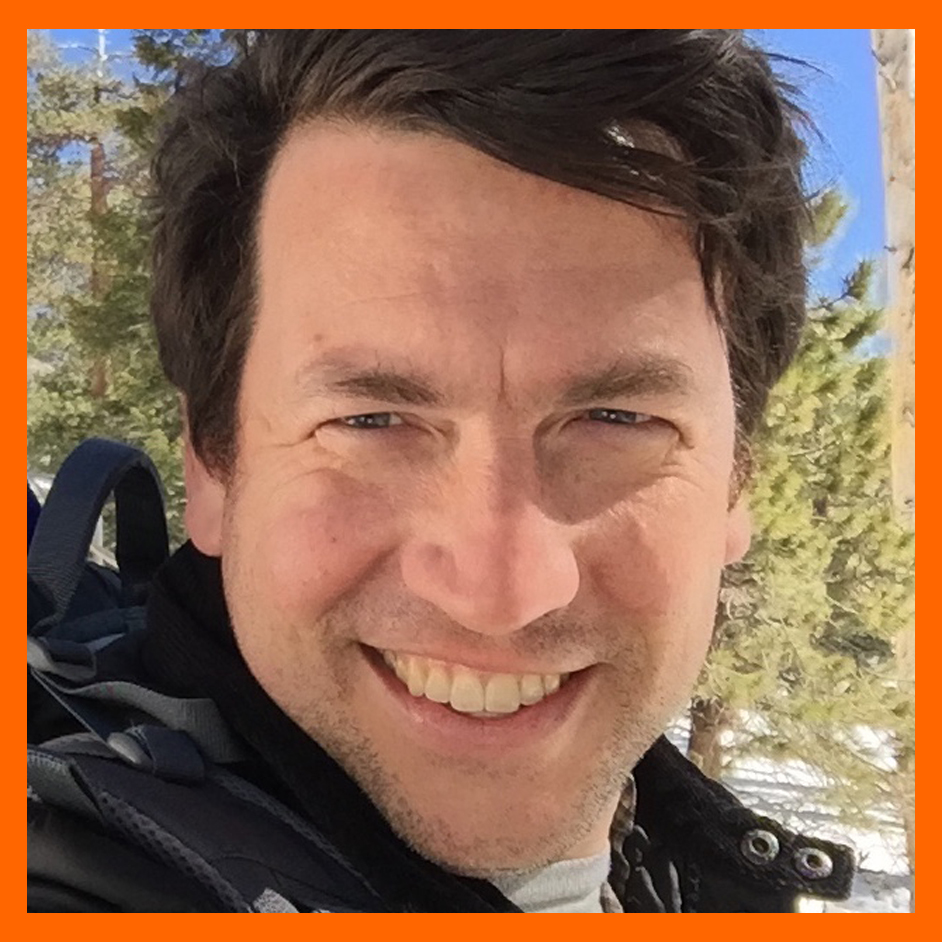 Max is a Southern California-based filmmaker and educator with over fifteen years of experience in the industry as a feature film director, screenwriter, and commercial video producer. He has worked as a creative producer, director and editor for J Walter Thompson Advertising and Conde Nast, among others. Max received his MFA from NYU/Tisch Graduate Film School where he wrote, directed and produced numerous award-winning short films in collaboration with amazing talent such as Jim Parsons (The Big Bang Theory) and musician/actor Dean Wareham (Galaxie 500, Luna). In 2015, he completed his debut feature film, The Shells, starring Britt Lower and Carolyn McCormick.

Education has always been at the center of his creative life. For five years, Max served as Executive Producer and Director of Programming at DIGICOM Learning, a Coachella Valley non-profit dedicated to empowering students in Title 1 school districts to activate and own their education through digital storytelling. As Director of Programming, he developed powerful workforce development opportunities for them with partner organizations such as Film Independent and Desert X Art Biennial.  Max received his BA in Theatre Arts from Brown University, and has worked in varied capacities for such seminal experimental theater companies as The Wooster Group and SOON 3, as well as with arts institutions including Palm Springs Art Museum and commercial galleries. He is thrilled to join the team at The Official Latino Film and Arts Festival for the 2020 season! 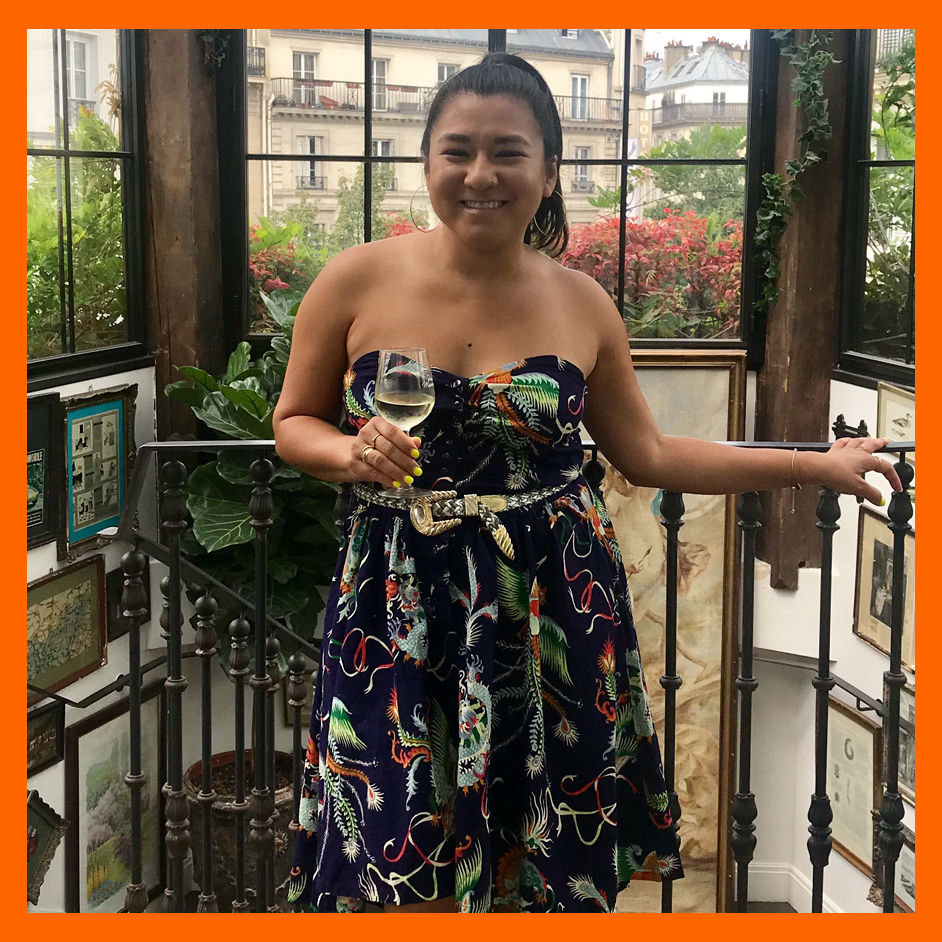 Karena Heredia, is an Ecuadorian, Filipina/Mexican, raised by immigrant farmworkers in the Coachella Valley. As a nonprofit accountant from Los Angeles to New York, she is an Avenger for social justice with spreadsheets as her superpower and heels as her cape. Karena dedicates her life to serving her community, with a focus on uplifting the voices of young Latinas! Now, back in her hometown of the Coachella Valley, she is excited to support the new generation of young Latinx leaders who are preserving the lessons of our ancestors. Her passion for education, empowerment, and equality runs deep and she leaves a trail of knowledge and encouragement wherever she goes. She is always ready to lend a helping hand, with a glass of wine balanced in the other. 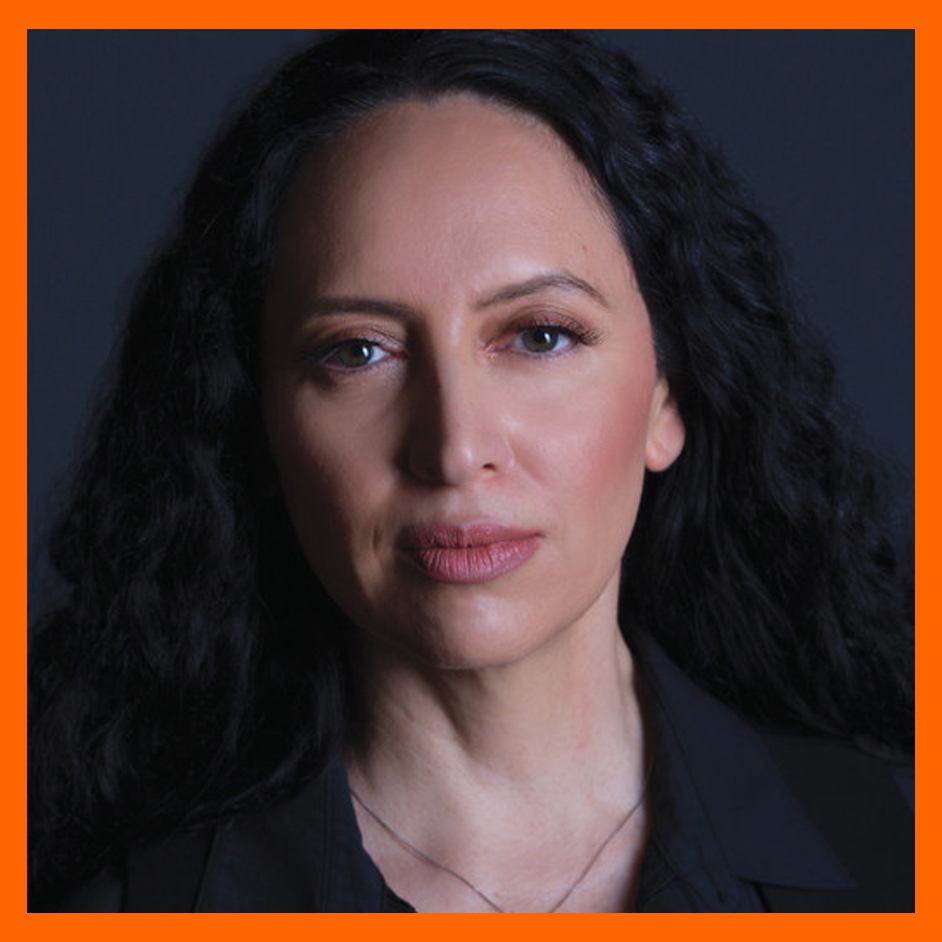 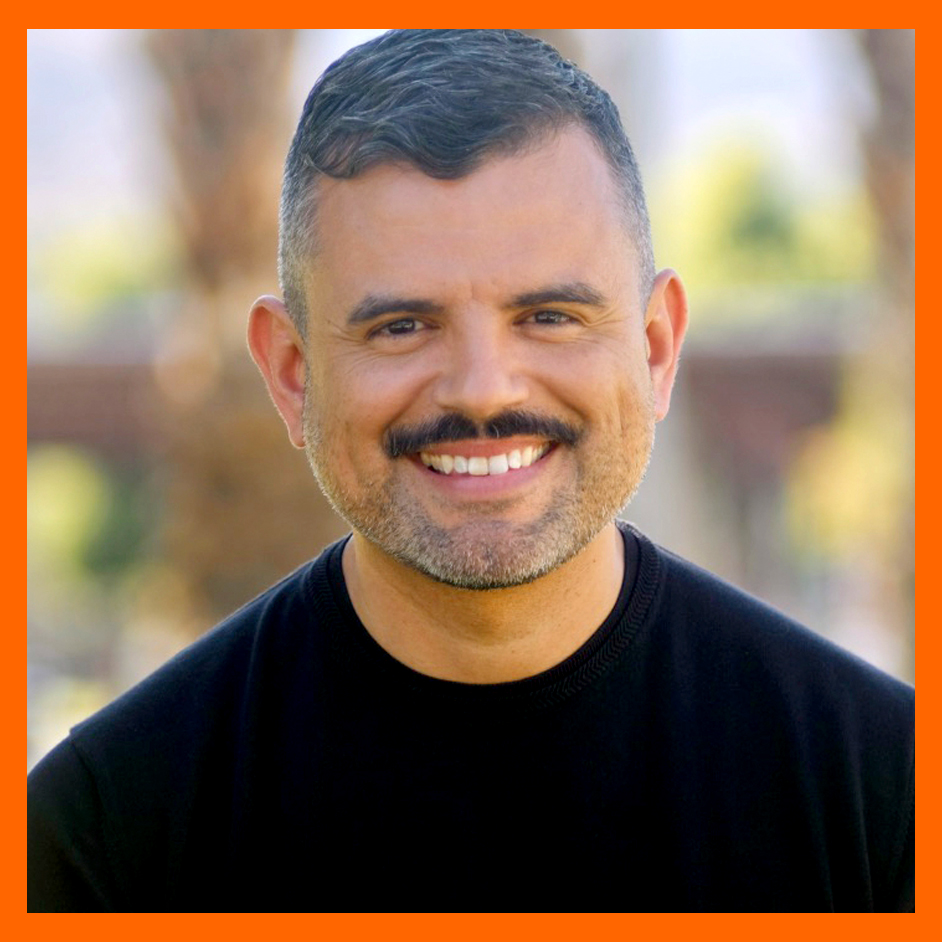 Member of the 2020 Official Latino Film Council
Dr. Ernesto Javier Martínez
Dr. Ernesto Javier Martínez is an interdisciplinary literary critic, an award-winning writer, and a tenured associate professor in the Department of Indigenous, Race, and Ethnic Studies at the University of Oregon. His work—both academic and artistic—explores how racially and sexually marginalized communities in the United States use literature, art, and film to produce knowledge about their lives. He is the author of On Making Sense: Queer Race Narratives of Intelligibility (Stanford UP, 2012), as well as the co-editor of Gay Latino Studies: A Critical Reader (Duke UP, 2011) and The Truly Diverse Faculty: New Dialogues in American Higher Education (Palgrave, 2014). His short film, La Serenata (2019), directed by Adelina Anthony, has screened at more than 20 film festivals worldwide, has earned 9 best short film awards, and has been licensed by HBO. 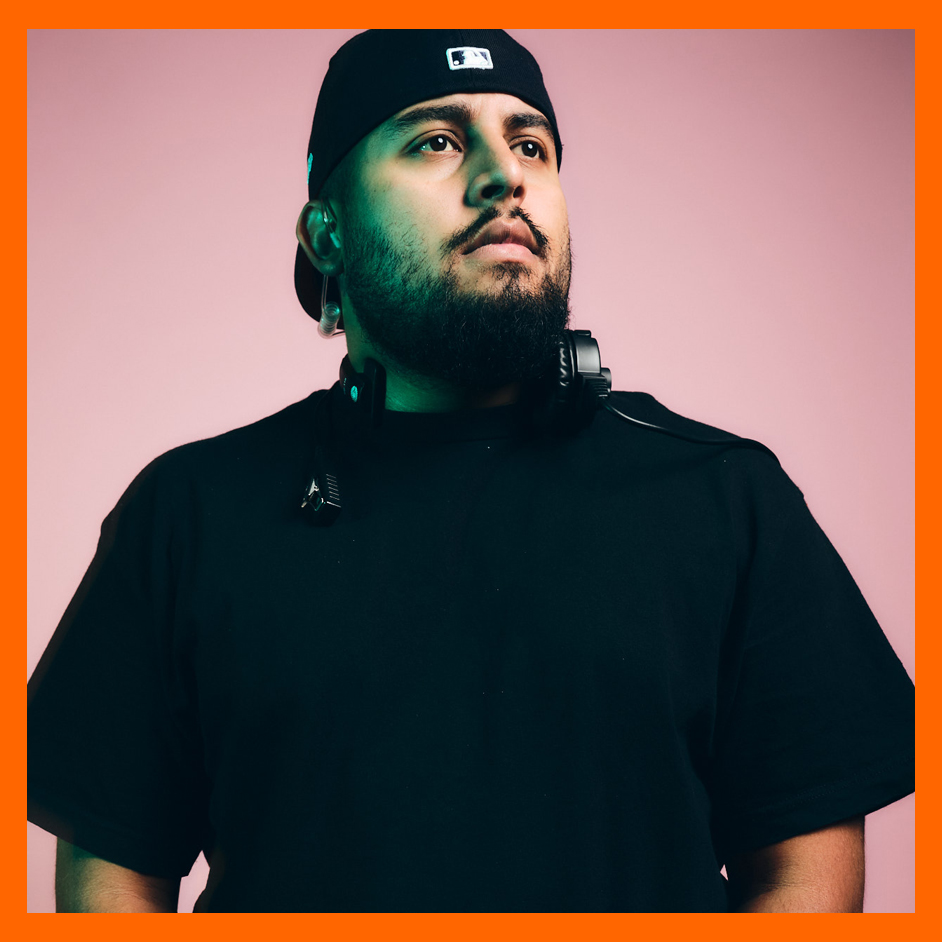 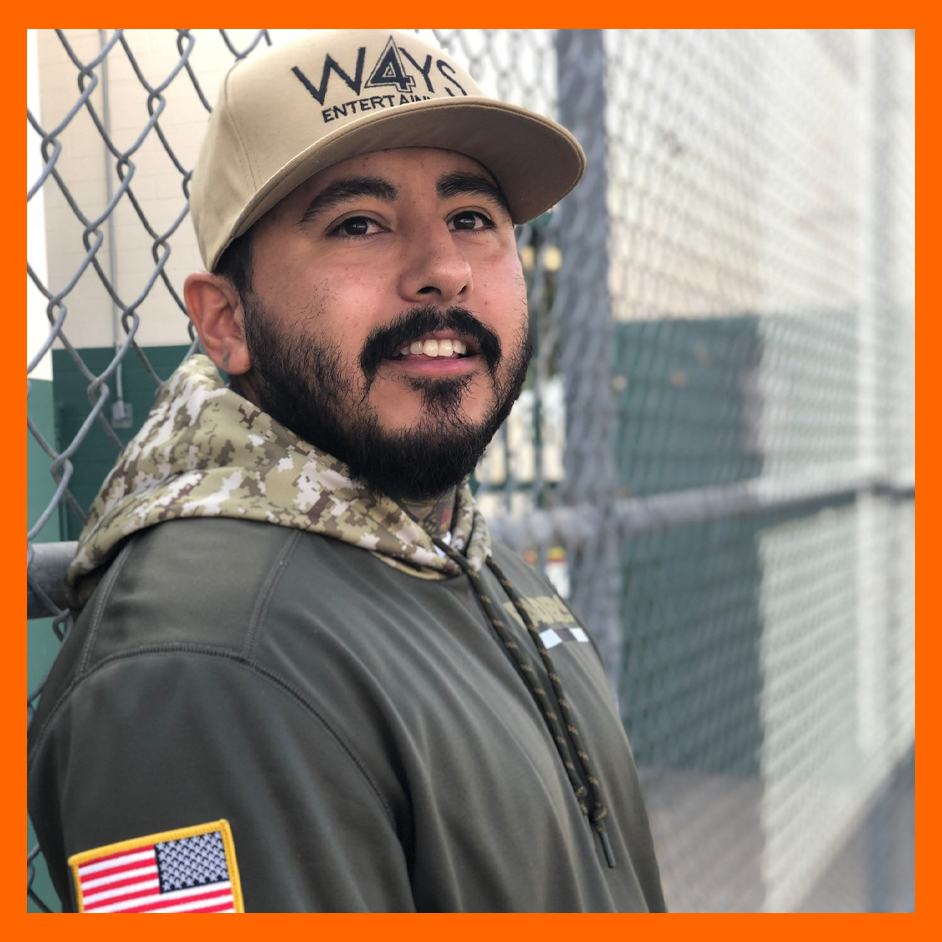 Member of the 2020 Official Latino Film Council
David Mansanalez
David Mansanalez was born and raised in Northern Californian. As a young adult, David joined the U.S. Army. After a rough 18-month tour in Afghanistan, he attended film school where he focused on writing scripts to express his thoughts and cope with his severe PTSD. Mansanalez writes to bring an authentic reality to the screen and aspires to give his people a voice and change the narrative of what the American culture perceives Latino content to be. 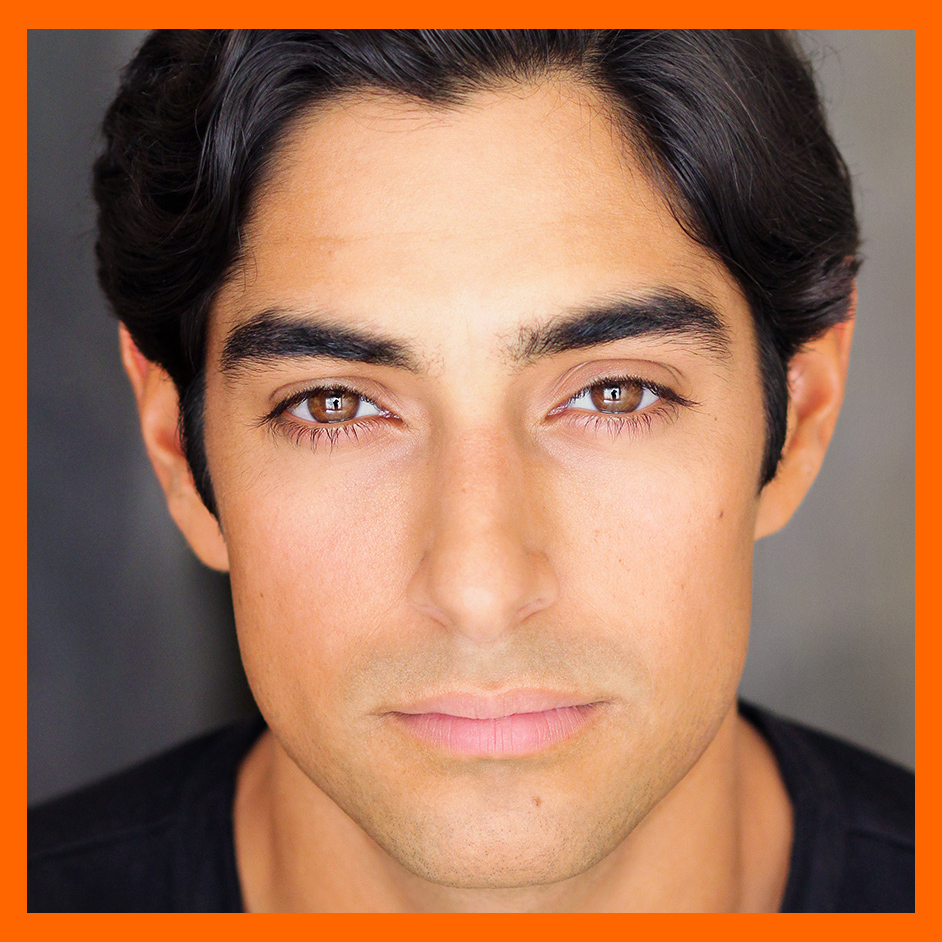 Member of the 2020 Official Latino Film Council
Eman Esfandi
Eman Esfandi is a Los Angeles based actor, filmmaker, and musician from the border town of Laredo, Texas. His mother immigrated to America from Ecuador and his father from Iran. He was raised in a household with two distinct cultures, and in a town that is homogeneously Hispanic. These different perspectives have heavily influenced the way he approaches the characters he portrays, the films he makes, and the music he creates. He hopes that through his acting, filmmaking, and music he can explore and discover deeper truths about his own life’s experiences, so as to connect with and find the truth that is universal in other people’s lives. 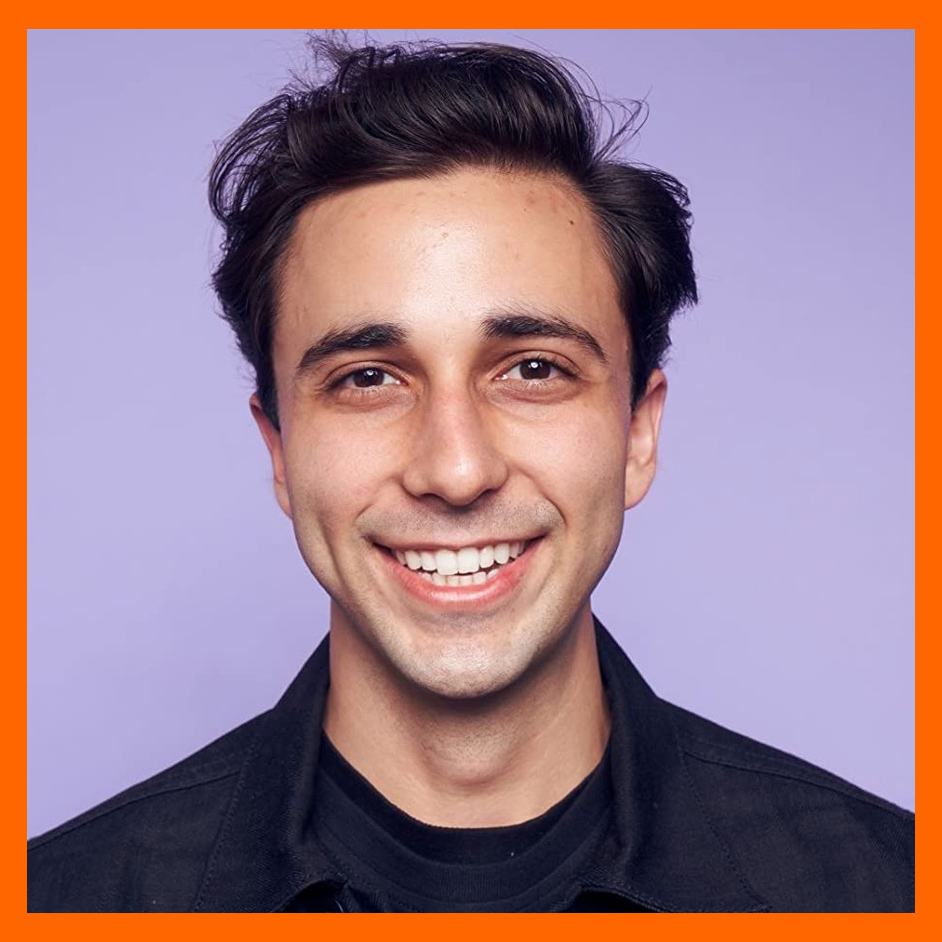 Member of the 2020 Official Latino Film Council
Isaac Garza
Along with performing as a resident improsiver at an Austin comedy club, the Texas-born Garza writes and directs short films ranging in genre, from dark comedy to tense drama, that all carry heart. 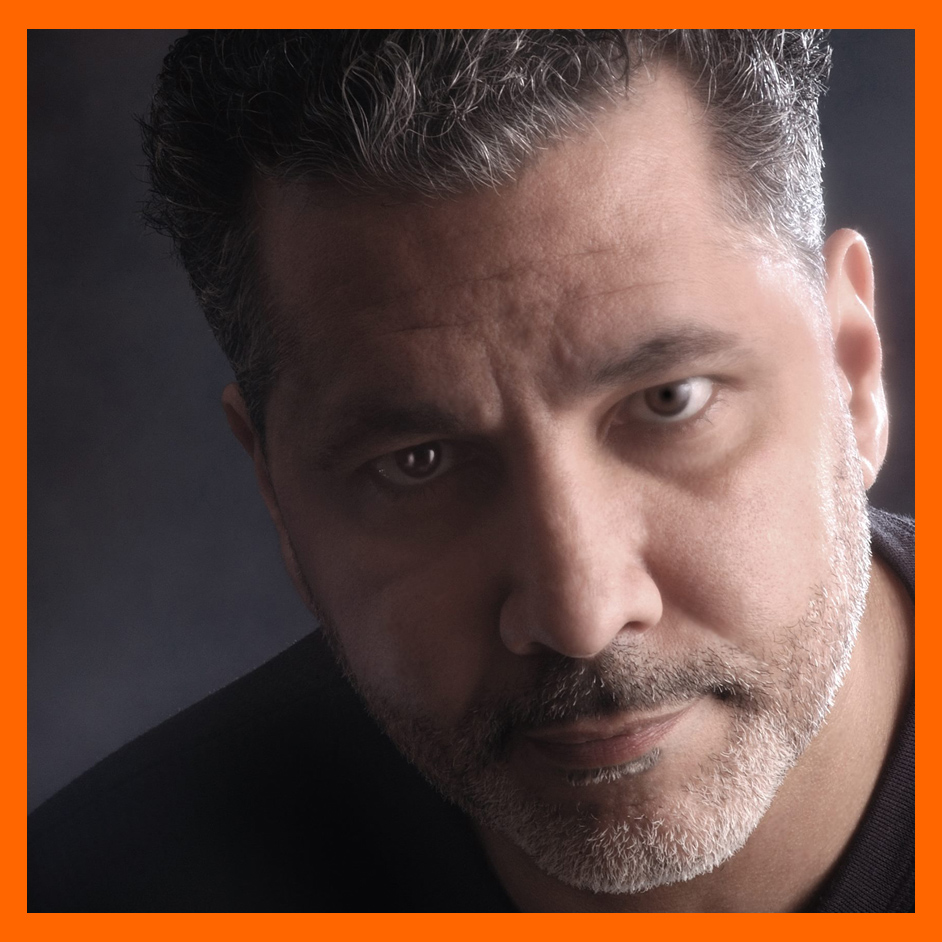 Edwin “El Miedo” Pagán is a life-long horror aficionado, filmmaker, cinematographer, and producer. He is the founder of LATIN HORROR (www.latinhorror.com), a niche website launched on Halloween 2008 specializing in the genre of Latin horror and the Latinos/as whose work is grounded in horror, the macabre, and Gothic arts. Pagán has been the leading proponent in establishing the “Latin horror” moniker as a recognized genre in the U.S. and abroad. He’s also been instrumental in creating a network among this bloc of horror filmmakers that has promoted substantial cross-collaborations that have led to numerous successful partnerships and productions. In 2012, he established Miedo Marketing, the publicity arm of the brand that provides horror properties with tailored promotional efforts geared toward reaching the vast Latino horror fanbase.