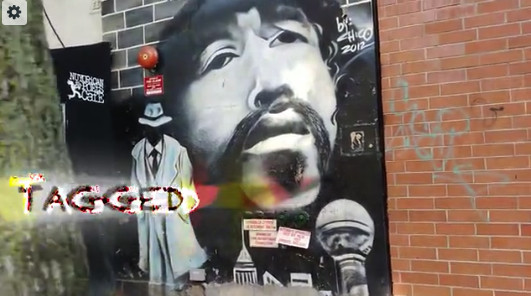 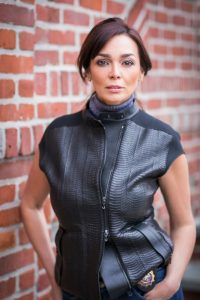 Born & raised in Brownsville, Brooklyn New York, Elaine Del Valle began her entertainment career as an actress, and found early success in the commercial and voice over markets.
Elaine studied acting under the legendary Wynn Handman at Carnegie Hall. She founded Del Valle Productions, Inc. —a full service, bilingual film production and casting company with a mission: to infuse entertainment with original programming using diverse talent in front of and behind the camera. Elaine is an award winning writer, best known for her critically acclaimed autobiographical Off-Broadway Stage Play, Brownsville Bred—The New York Times describing it as “From Girlhood Trials to Onstage Triumph”.
Del Valle was named “Trendsetter” at New York’s Multicultural Media Forum and “Madrina/Godmother” by Prime Latino Media. Her company’s casting division has cast actors for major market commercials, in television series and in feature films.
An accomplished producer, Elaine was the first to license an interstitial series (her co- production of Gran’pa Knows Best) to the HBO Latino Network. She received a 2016 Telly award for her co-production of PBS/World Channel digital series, The Smallest Step. Elaine co-created, co-wrote, produced and directed the comedy web series, Reasons Y I’m Single (now on Amazon Prime). Elaine also directed four commercials (in English and Spanish) for Spectrum Charter. In 2017, Final Decision marked Elaine’s directorial debut in a short film. Currently on the festival market Final Decision won Elaine a Best Narrative Director Award from the NIFF, A Best Film Score Award from LIFF and a best actor award from Miami Filmgate. Final Decision has screened in 11 festivals to date. Del Valle’s many film productions continue to win awards across festivals including the short hybrid animation documentary, Victor & Isolina— a 2017 Sundance Selection that after winning an Academy qualifying festival has recently qualified for Oscar consideration.
Tagged is Elaine’s first documentary as a Director.
For more on Elaine visit www.delvalleproductions.com

Growing up, I was a wide eyed black girl pounding in the cage of my paler shade of Latina body—I never felt authentic to an identity, in a world that was constantly categorizing me.
Perhaps it was this feeling that led me to acting…ready to escape into another world… all neatly laid out and much clearer than my own. I worked on dozens of on-camera commercial and print campaigns— all adding to an image that represented a physical me that my heart and experience felt little associated to. I yearned to prove perceptions wrong. And so in 2009 I began my journey as a storyteller— I wrote and produced what ultimately became a multiple award-winning Off-Broadway stage play, Brownsville Bred. Set in the tough projects of Brownsville Brooklyn, NY, the play chronicled my true coming-of-age story with my heroine-addicted, AIDS infected father, and my mother of four on welfare—A bold and hopeful truth with the unlikeliest of heroes—The New York Times called it “From Girlhood Trials to Onstage Triumph”. It made a bonfire of my flame to create thought provoking entertainment with honest depictions of my community.
I landed on the radar of many, including Sundance and HBO—Both forums are not meant for stage, and so I began my work for screen. I had their ears, what did I want to say? Since then I have said much, including in the comedy web series I direct, produce, co-created, co-write, and edit, titled Reasons Y I’m Single. Additionally I have decisively chosen to collaborate, and produce the work of other women and people of color. I successfully licensed the first interstitial series (Gran’pa Knows Best) to HBO Latino, and won a 2016 Telly Award. In 2017 I made my directorial debut in a short film—Final Decision (a family drama with a spiritual twist) is currently on the festival circuit, and has screened at eleven festivals thus far. I won Best Narrative Director in a Short Film Award at the NIFF for Final Decision. Tagged is my first documentary. I feel this project is authentic to me as a person and filmmaker.
While I hoped that the idea of the TAGGED would generate great stories, this first story of Pedro Pietri has fueled me, and I hope it will incite others to look deeply and find the inspiration all around them.
Further to that I am so proud to have accomplished this entire film with a camera phone, proving that anyone with a passion for storytelling, regardless of budget, has the capability within their reach. 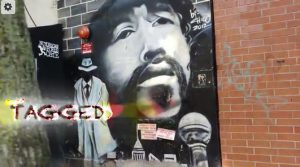