Soul City” tells the story of a group of civil rights activists and city slickers who attempt to build a multiracial utopia in the heart of Klan Country, North Carolina in the 1970s. Their pioneering efforts to jumpstart this black-owned, black-built town run up against tenacious enemies that still face idealists and dreamers today–ingrained racism, public skepticism, and unwillingness on the part of the government to think outside the box to solve social problems. As this group of dreamers try to bring together unlikely allies to support black power and economic development, they are forced to balance their soaring idealism with the hostile reality of the times. 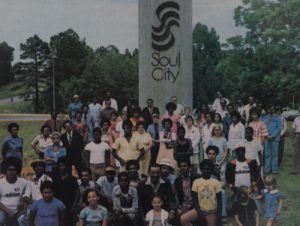 Monica, SheRea, and Gini have been working together for over two years as part of their studies with Wake Forest University’s Documentary Film Program. Their mix of different viewpoints, life experiences, and strengths has proven them to be a formidable and award-winning team. Their previous films have screened at film festivals, sold-out museum screenings, and to standing-room only audiences. Soul City has received funding from the University Film and Video Association and the Cucalorus Film Foundation, and also successfully completed a $10K Kickstarter campaign. 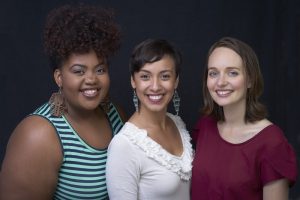 We are a trifecta of filmmakers passionate about bringing forgotten moments of history to life. Inspired by the stories of those who have lived through and made history, we see our documentary film subjects as collaborators in the process of telling their stories, approaching them with respect and mindfulness of their experiences. We’re motivated to tell stories about racism, classism, the American Dream, and the things that bring us together and divide us.