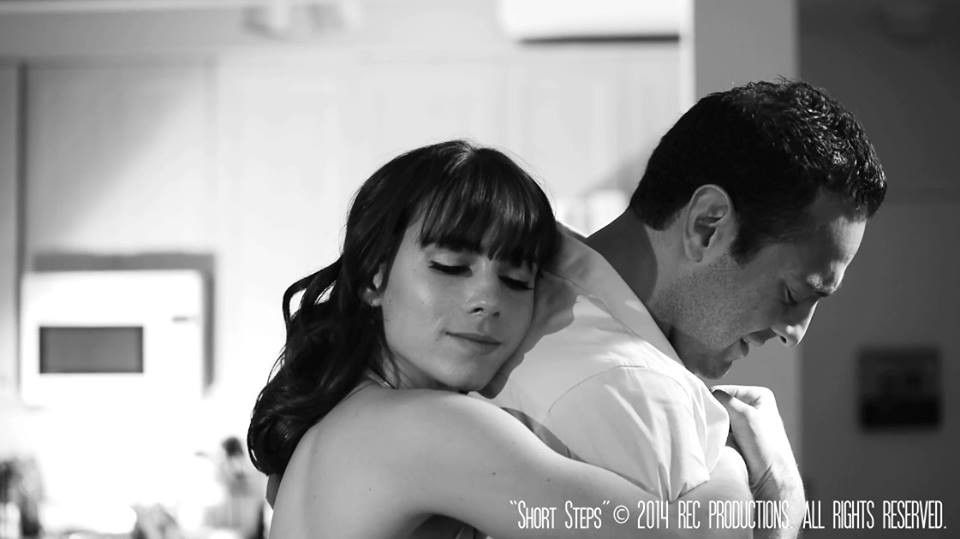 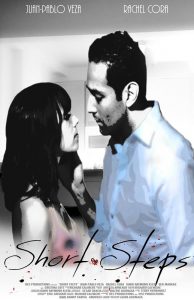 Repressed memories resurface, forcing Eric (Juan-Pablo Veza) to relive a moment he can not change. Eric now has to make a bold decision on whether he should move on from his wife Lyna (Rachel Cora) in order to take the short steps needed to be with his new potential interest Julie (Cristina Cote). 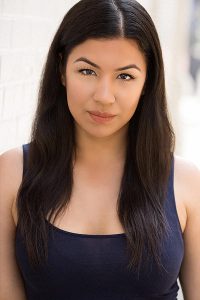 Laura Aguinaga is a Puerto Rican /Peruvian woman native to Queens, New York.
After graduating from the New York Film Academy, Laura was soon cast as Isabel in Blue Knight: a short film starring Peter Greene and written & directed by Mark Anthony which recently won the award of Merit LA Cinema Festival of Hollywood.
Laura’s current works range from writing and directing the SAG Short Film ‘Short Steps’ starring Killing Kennedy and the CW’s The Originals Juan-Pablo Veza and National Treasure 2: Book of Secrets actress Rachel Cora making its World Premiere at the Soho International Film Festival. Laura has starred in the Action features S.E.A.L.S and Ikenhisu II as well as starring in an episode of Animal Planet’s My Extreme Animal Phobia.
Laura was cast for the role of Jai in the new play Plastic Couch. The production ran for a limited time at the Riant Theatre for The Strawberry Theatre Festival.
She was also featured and interviewed for several magazines including INtense Magazine, GC Marketing Talent Tuesday, Le Mode Magazine, and The Queens Tribune.
Now moving ahead in her acting career, Laura is determined to look for roles that challenge her in every way possible.

As a Latina born and raised in Queens, New York, I was adamant about hiring and casting New York based Latino actors and crew members for my film. I wanted to show Latinos that our film strays away from the typical Hollywood Latino stories, allowing our actors to be portrayed in a more realistic light. I strongly believe that Latinos are capable of telling stories that relate not only to us, but people of various nationalities and that’s exactly why I love the ability to not tell a story how a story normally would be told. Short Steps is a black and white, silent film with a tinge of sound and color that tells a story about loss and how we as individuals learn to cope with said loss which I personally had to deal with after my grandmother passed away.

A lot of my inspirations while writing for the film came from The Wizard of Oz, The Artist, and Sin City. I was always in awe of seeing these movies play off the viewer’s senses. The Wizard of Oz left so many people with everlasting impressions when color was introduced for the first time. And not just any colors, beautiful, vibrant colors that would ensure that when you saw that scene for the first time it would leave a lasting impression. The beauty of seeing movies using visual and sound effects to not only tell a story, but to show how a film can affect the viewer’s senses amazed me. Especially when the movie subtly drew you back in by introducing us to something we’ve been missing throughout the film whether that be sound, or color. Short Steps was intentionally filmed with the idea that we wouldn’t be spoon feeding the audience with dialogue, but instead engulf them with a play on color, sound, and subliminal messages.

When we first started filming Short Steps I knew that directing was going to be a task in itself being that a majority of the film was silent. We were striving to produce a visually strong and appealing film that would depend heavily on the actor’s acting through body language vs. depending on dialogue to help carry them through a scene. After discussing and shooting a couple of scenes we were finding that by not having any sort of dialogue was proving to be very difficult. Our Executive Producer/Assistant Director Richard Calvache soon suggested we allow the actors to play a certain song that they could relate to while I directed them through a specific scene, and it was like flipping a switch. The acting was suddenly becoming more of a dance. There was now a rhythm and beat and the story was beginning to evolve into something more.

I’m hoping that with Short Steps, it would open the minds and inspire current and future filmmakers especially Latino filmmakers to stray away from the usual stories and to challenge themselves in every possible way in order to create fresh new ones.