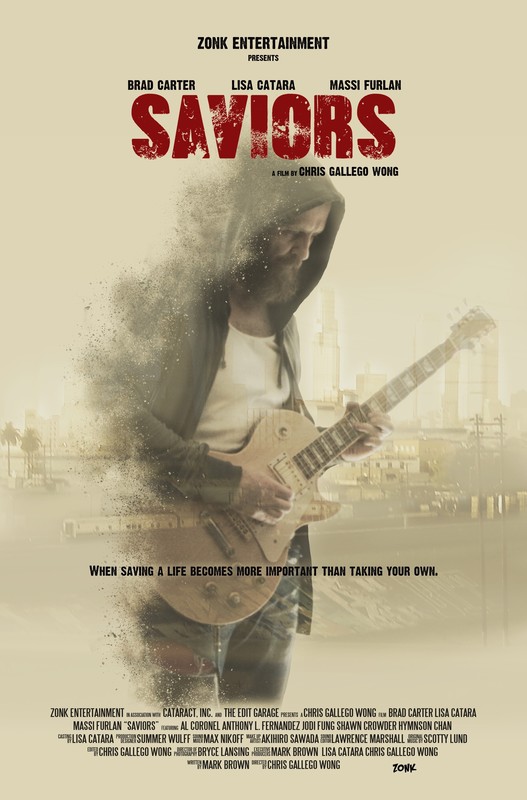 A former rock star guitarist’s recreational drug use has ballooned into a full-blown heroin addiction. At the crossroads, he succumbs to his habit and pawns his most prized possession for one last wild ride. Then, in a paralyzing instant, his true inner self takes charge when he risks arrest on drug charges to help someone in dire need. 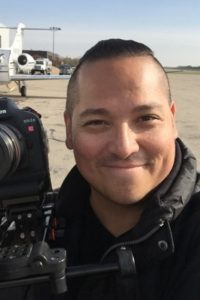 Chris is a producer, director, and editor who found his calling after attempting to fly off his parents’ couch with a red blanket tied around his neck when he was three. Although his original career choice was Superman, he opted for filmmaker when the whole flying thing didn’t pan out.

Chris focuses his creative energy towards finding and interpreting stories that illuminate the human condition, and these stories allow us to share our unique experiences with one another. Chris most recently directed the award-winning feature film My Name Is David, starring Keith Powell (30 Rock), Judy Reyes (Scrubs) and Adepero Oduye (12 Years a Slave). The movie premiered at the San Luis Obispo International Film Festival and won “Best Feature
Honorable Mention” at the San Francisco Black Film Festival. My Name Is David had an initial release on the Urban Movie Channel and will be available in 2018 across multiple VOD platforms. His short film, Saviors, premiered in March 2018 at the FirstGlance Film Festival in Los Angeles. Chris was awarded the 2018 Papaya Films Bursary award for Outstanding Debut Filmmaker for his work on Saviors.

Chris is a graduate of New York University’s Tisch School of the Arts and had the distinct honor of spending a semester studying at the Royal Academy of Dramatic Art in London. After graduating from NYU, Chris married his high school sweetheart, and they have two beautiful little girls together.

I first met Mark Brown through a mutual friend, Sean Michael Arthur. Mark had just finished writing a very personal screenplay for a film titled When You Come Back Down, and he mentioned to Michael that he was looking for a director who could handle the material and make the film the way it needed to be made. Michael responded, “I know a guy – he’s terrific. And there’s one question you’re going to ask him. When he answers it, you’ll know he’s the one.” Sure enough Mark and I met, and towards the end of our conversation, he asked me the question that Michael knew he would. Thankfully for me I had the right answer, and thus began a wonderful working collaboration and more importantly, a great friendship. By the way, if you’re curious about what the question was, I encourage you to ask Mark about the story; he tells it much better than I.

While waiting for funding to fall into place for When You Come Back Down, Mark showed me the short script for Saviors,
which he pulled and adapted from a feature-length script he wrote with the same name. Chet Dugan is one of several captivating characters from the feature, and I was instantly drawn to the journey of a washed-up musician who could have been something great but ultimately fell victim to his inner demons. There was only one problem – I felt the script was a bit ambitious for our intended budget and time frame. Mark was
confident that with the right producer attached, we could make it happen. As soon as we had our first meeting with Lisa Catara, I knew that we could pull this off with her on board. Besides playing one of the lead characters, Lisa was also the Executive Producer and Casting Director for Saviors. An extraordinary and multi-faceted artist, Lisa was the gateway to finding our terrific cast and the many practical resources required for the film, without which we could never have pulled it off.

Saviors is a film that highlights the agony of substance addiction, the desperation of losing all hope, and finally the power of compassion and forgiveness. I believe we are all interconnected on this planet and so our behavior and our choices have the potential to send endless ripples through the lives of every person we come in contact with. I believe that we are each given an opportunity to be the light for someone in their time of darkness, to be their music in their time of deafening silence, and to chose compassion and empathy over indifference.

The Saviors feature is in development. If you’re interested in being part of the team that makes this happen, I encourage you to reach out to Mark Brown for more information. 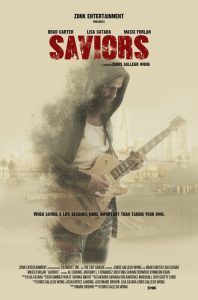