Save Me A Spot directed by Alfredo HuecK 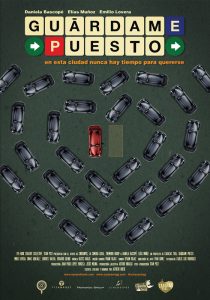 The chaotic city of Caracas is known throughout the world for many reasons but what most do not imagine is that finding a parking space is a nightmare. In this story a couple of adventurers put to the test the strength of their relationship when they enter a parking lot. 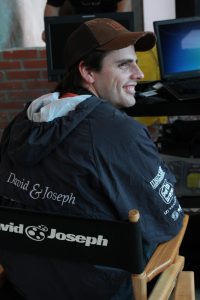 Graduated from the first class of the School of Communications at University Saint Mary in Caracas, Venezuela. In 1999, he and his brother won Best Documentary with “Ella Es…” at the III Congress of Communication Students in Bogotá, Colombia.

While attending college, he also studied at the School of Film and TV in
Caracas, Venezuela, where he made the experimental video “ESPINOZA”, official selection at the Expresión en Corto in the Guanajuato International Film Festival in 2001.

The international success of his first short film allowed him to produce and shoot
in Venezuela the 30-minute short film “Un Gallo y Un Corral”, and another fiction short in Spain “GET IN LOVE”, shot guerrilla style in the Madrid Subway System. The short was selected by the Cine Rail Festival in Paris and got a Special Jury Mention at the Brussels International Film Festival in 2007.

In 2008 he was selected in TNT’s reality show Project 48 and films his latest short film “STAY”, which was televised for all of Latin America along a four-episode series of the show. Won Best Editing , Audience Award and Best Fiction Short Film in the III Short-film Festival of Caracas.

Alfredo is currently writing his second and third full-length film, a romantic comedy and a suspense thriller, while he promotes his very first feature film , a Venezuelan political satire “PACKAGE #3”