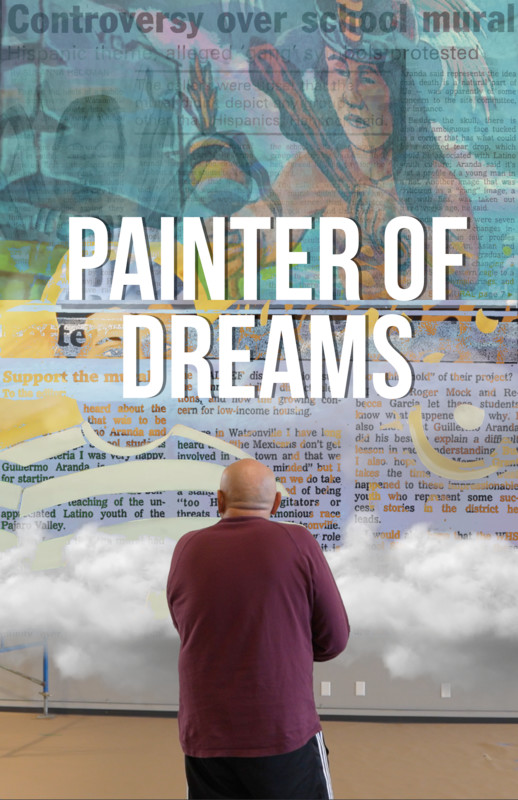 Gabriel J. Medina was born and raised in Watsonville, CA. While in high school Medina joined the high schools video academy where we grew his love for filmmaking. He continued studying film at UCLA where he focused on Chicana/o filmmaking with an emphasis on screen writing and producing. After graduating UCLA Medina returned to Watsonville where he developed a filmmaking program through a non-profit called the Digital NEST, where he teaches young aspiring filmmakers from underrepresented communities the art of short filmmaking. Medina will be attending the Peter Stark Producing program starting in Fall 2021.

The film Painter of Dreams captures the life of the great chicano muralist, Guillermo Aranda also know as Maestro Yermo. The film shows how Yermo’s work was faced with a lot of resistance because he would include cultural images of chicano and indigenous iconography which many folks during the 80s and 90s didn’t quite accept in the Watsonville area because they were not from those communities. I am happy to share this short documentary as part of my directorial debut and I hope that you feel just as inspired as I did when I was putting this film together with my co-director Marcus Cisneros. Our history has been erased, so we need these murals to remind us of our past history, our roots, and our cultura.