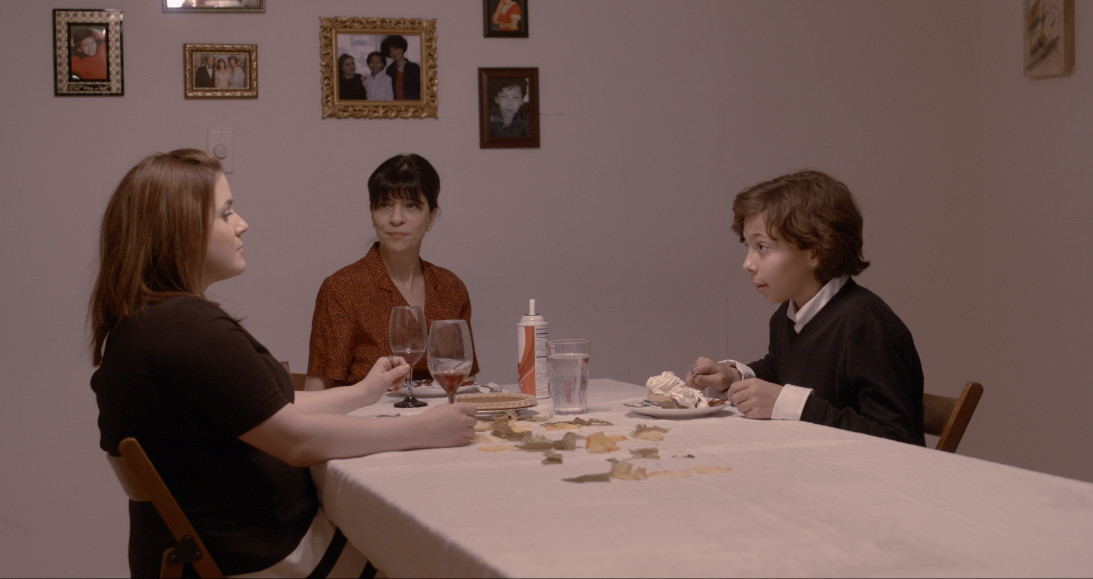 Frustrated by her eccentric mother’s carefree role as grandmother, a young single mother unravels their complicated past over Thanksgiving dinner. Over Dinner is a short drama/comedy about the rocky relationship between a quirky grandmother, Eleanor, her grown-up daughter, Anne, and her son James. Taking place almost entirely within the confines of Eleanor’s apartment over the course of one Thanksgiving dinner, the story centers on the tension between Anne’s inability to let go of the past and Eleanor’s willingness to forget. Anne is frustrated by her role as James’s strict single parent, while Eleanor has the freedom to shower her grandson in special attention, the kind Anne was denied. Eleanor sees this differently, and instead remembers the eccentric and humorous ways in which she tried to distract Anne from the harsher realities of her childhood.This comes to a head when Eleanor presents James with an exorbitant present, ignoring Anne’s wishes to return the gift, and pitting mother against son. Anne then sees it as her mission to get Eleanor to accept blame for Anne’s unhappiness and to lift up the mask of loving grandmother. Her actions bring the both of them down to a child-like level and the curtains come down, all for James to see. 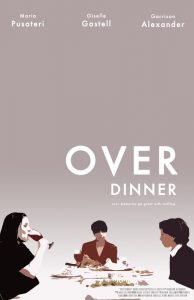 Travis Gonzalez is a senior in Film & Media Studies at Yale University and a filmmaker from Staten Island, New York. He was the president of Bulldog Productions, Yale’s only student-run film production company, and is the film festival director for the Yale Student Film Festival. Travis has worked as a writer, producer, and director on various student films, and has worked as a freelance filmmaker for several clients, including: The Yale Admissions Office, The Association of Yale Alumni, Paprika!, Sugar Hill Culture Club, Those People, First Things Foundation, City Atlas: New Haven. 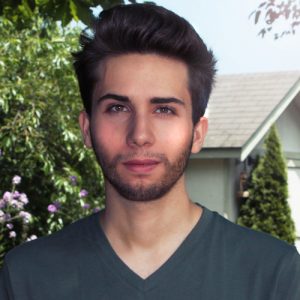 The inspiration for this short film came about while at my Uncle’s funeral over a year ago. My mom’s side of the family is known for their eccentricity. Whereas a “normal” family would have the deceased in a suit, lying in the coffin, my Uncle was instead laid out in a Fourth of July top hat, a Ranger’s jersey, and an LED necklace. And while the written description of this ensemble is somewhat heinous, I found myself laughing and feeling comforted in this moment of sadness. In life, my Uncle wore crazy hats for every holiday, and along with my mother and grandmother, would put on skits to entertain themselves, especially as children growing up below the poverty line. The problems were still there when they finished playing, but in these moments, they found a temporary distraction. I’ve always been fascinated by my family’s ability to whistle-in-the-dark and wanted to create a story that offered a more surreal version of this skill. it was also important to me that the story gives the impression of being told from child’s point-of-view. While James does not say much, a combination of low-angles and the exaggerated behavior of his mother and grandmother suggest that the narrative comes from his own memory.

“Over Dinner” is my most personal work to date, but it also takes inspiration from work such as Little Miss Sunshine, Grey Gardens, Bellissima, and Mermaids. 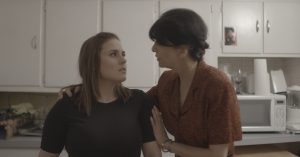 Over Dinner—Teaser Trailer from Travis Gonzalez on Vimeo.