ME 3.769 Directed By Elaine Del Valle 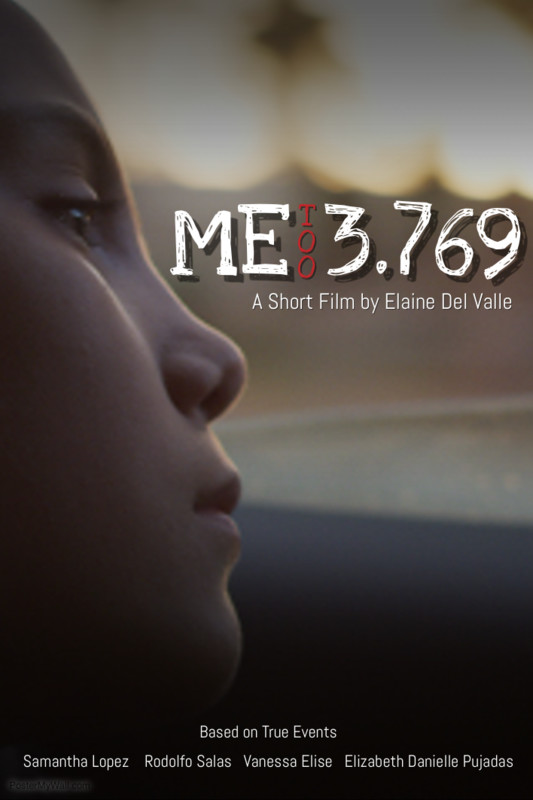 A Pubescent Latina looks forward to her maturing body, but must soon cope with the sexual misconduct of someone she trusts.
This project was supported by a grant from Sundance Institute with additional support from the John S. and James L. Knight Foundation. 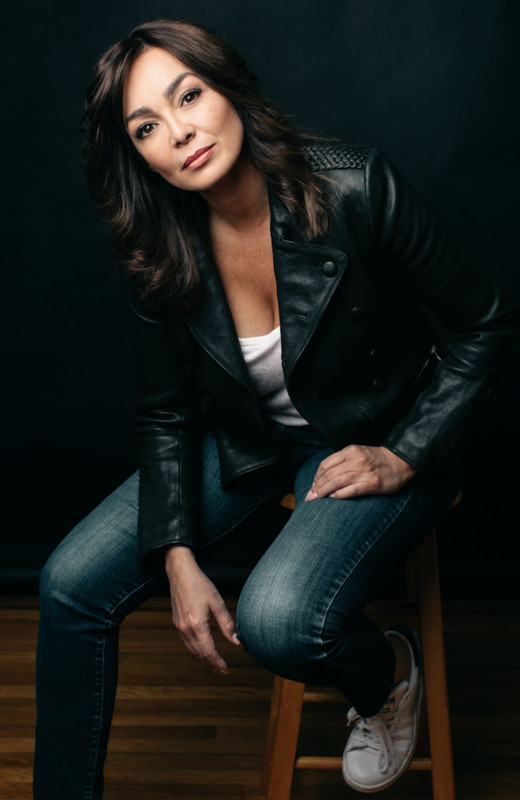 Featured alongside Michelle Obama in the 2018 PBS Documentary, aptly titled, “Beating The Odds”–Elaine Del Valle was born and bred in New York City’s Murder Capital–Brownsville Brooklyn. Elaine garnered critical acclaim when she landed off Broadway with her autobiographical one-woman play, “Brownsville Bred”—The New York Times calling it “From Girlhood Trials to Onstage Triumph”.
Elaine won the 2011 HOLA award for excellence in playwriting. In 2013, with a desire to make her work more accessible, Del Valle turned her attention to writing for screen. Elaine co-wrote, produced, and directed the comedy web series, Reasons Y I’m Single. Elaine has since produced over 50 shorts, and in 2015 Elaine became the first person to license an interstitial series (Gran’pa Knows Best) to the HBO Latino Network.
In 2016, Del Valle received the TELLY award for her co-production of “The Smallest Step” (a PBS/World Channel short film series).
Her directorial debut in a short film, Final Decision (which she also wrote and produced) screened at film festivals throughout 2017, winning several awards, including a Best Narrative Director award.
In 2017, Elaine produced and directed Tagged—a short documentary featured in Ad Age for its “innovative use of film on a mobile phone”.
In 2018, Elaine was selected as one of 9 directors to partake in the Sundance Short Narrative Film Lab (Miami). Her film, “ME 3.769” is supported by a grant from Sundance Institute and the John S. and James L. Knight Foundation.

As a director I seek to tell stories with unlikely, female protagonists, to draw audiences into and through unique perspectives, to break down socio-economic barriers, and provoke thought.
I began my career as an actress. Having studied acting at Carnegie Hall, and having my career limited to just commercial success, left me frustrated– at the lack of, and types of roles that were available for Latinas. I believe that the best way to effect change is to be the change. And so I began writing for stage–Within one year, I found myself off-broadway, garnering critical acclaim with my autobiographical, coming-of-age story “Brownsville Bred”. The play chronicled my journey in, and out of, what was (then, and still is) the murder capital of NY— Brownsville Brooklyn. (The New York Times calling it, “From Girlhood Trials to Onstage Triumph.”)
Fueled by my audiences, also hungry for truth and diversity in their entertainment , I knew I had to project my story onto a wider platform. I wanted to make film.
I created my own filmmaker training ground, by beginning with the production of a web series, and with the full intent of readying myself to the eventual making of my stageplay as a feature film.

Now, nearly seven years later, after having produced over 50 short films and a Best Narrative Director Award, I wrote ME 3.769 as a first short film that may represent the protagonist and sensibility in my stageplay. I sliced the play into scenes and created short stories from each scene. While the entire stage play reflects a coming-of-age that spans six of our girl’s most formative years, each scene was specific to a milestone that lead to her emotional strength.
One such scene dealt with the girl’s joyful desire to grow into her maturing body–a natural instinct squashed by the inappropriate touch, in a public pool setting. Of the many scenes in the 90 minute play, none more than this one, drew audience members to me after the show–Many at long last revealing “that happened to me too, and I never told anyone.”
I came to understand this painful truth was a bridge to common ground, breaking socio-economic barriers, and healing.
The first script draft of (what is now) ME 3.769 told the story embedded in the play, but as I examined the story, I felt that the encounter with a stranger was far less brave than another truth that I had not been ready to share, until now…a more personal encounter that reflected the impropriety of a trusted adult.
Moreover, with the METOO movement in full force, I was hearing victim-blaming from many sources. “Why was she there?”, “Why did she go?”, “Why didn’t she tell?”
In ME 3.769, I wanted to show how a girl can be consumed by the shame of an offense, and a subsequent, irrational, culpability.
I wanted to reveal a private moment that lead to a long kept silence. Moreover, I hope that ME 3.769 can represent an important movement, one of selfless empowerment, a female protagonist whose bravery is compelled by the notion that she can stand, not for herself, but to effect a change and the prevention of suffering of our next female generation.
As I write this statement, I reflect on yesterday–which was my first private screening of the film…after which a perfect stranger made it known to me that she had been raped at 16 years old…Another person, a man, asking if he may have a link to the film to share with his wife and begin to discuss how they may present it to their 6 year old daughter.
I titled ME 3.769 as a reflection of the ME TOO moment. The number 3.769 reflects the 3.769 Billion women in our world.

As a content creator/producer, my mission has long been to achieve more diversity in front of and behind the camera, and to support other diverse filmmakers whose stories, themes, and success are vital to the landscape of all our entertainment.
To direct film is to command your full vision. It is my most fulfilling and joyous work, that I hope to do for the rest of my life. 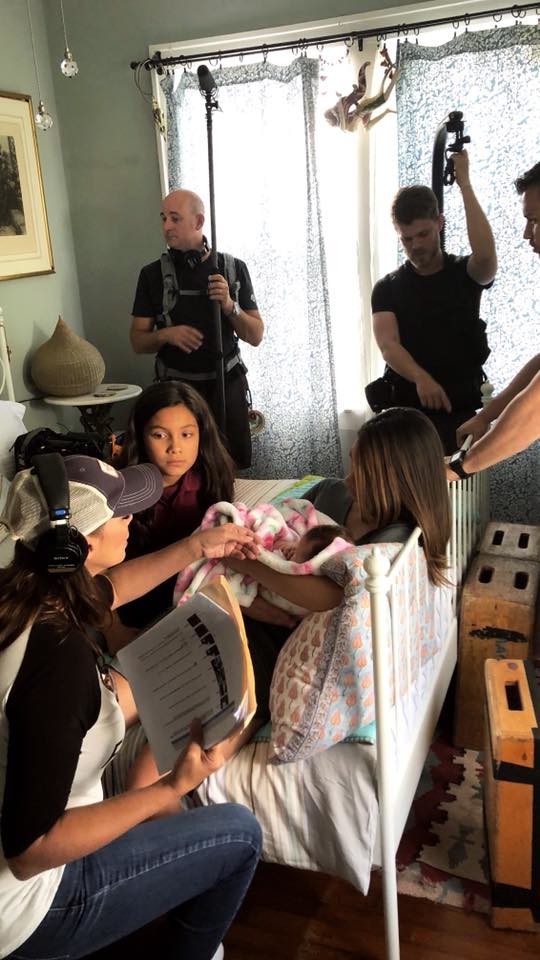 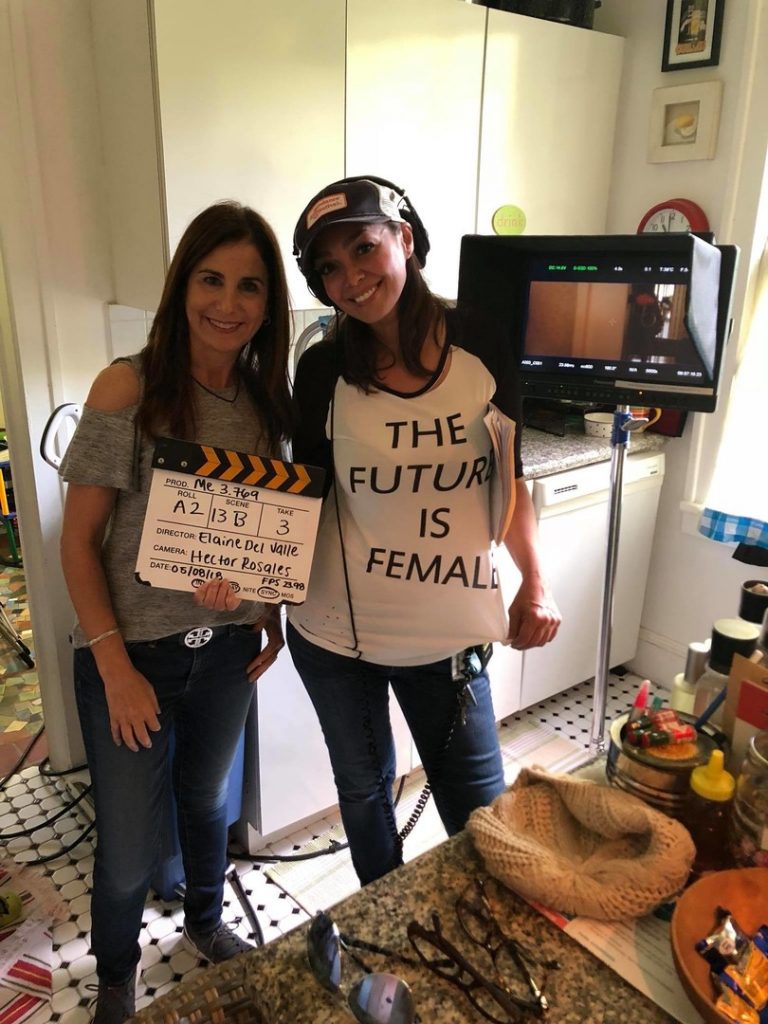 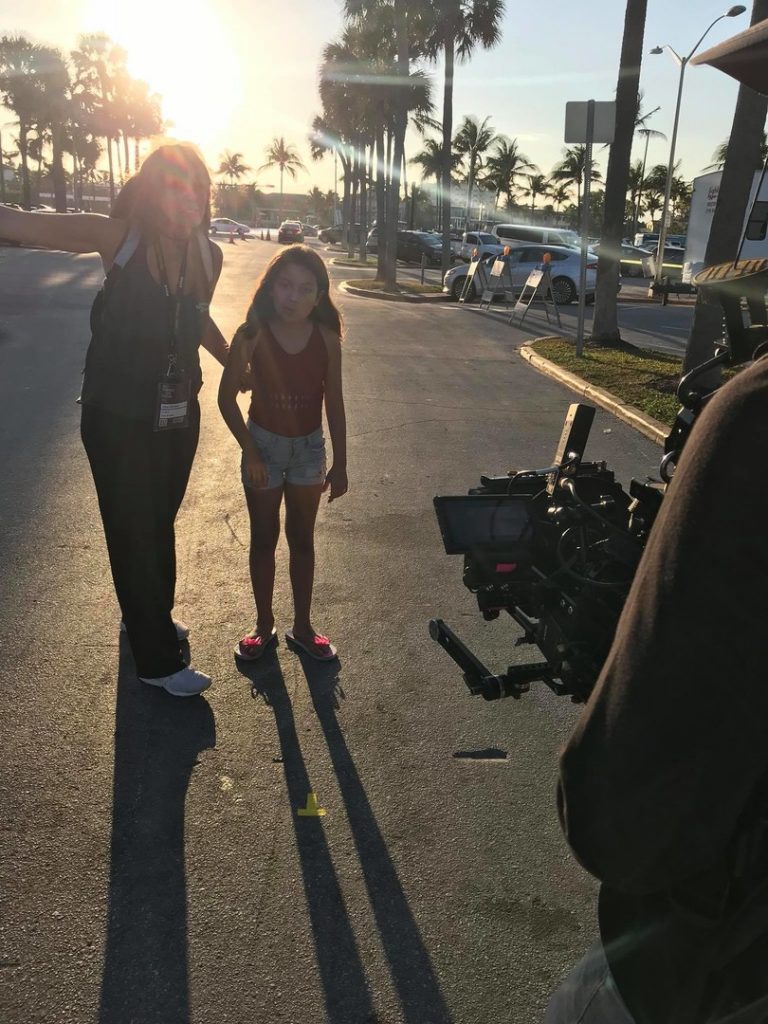 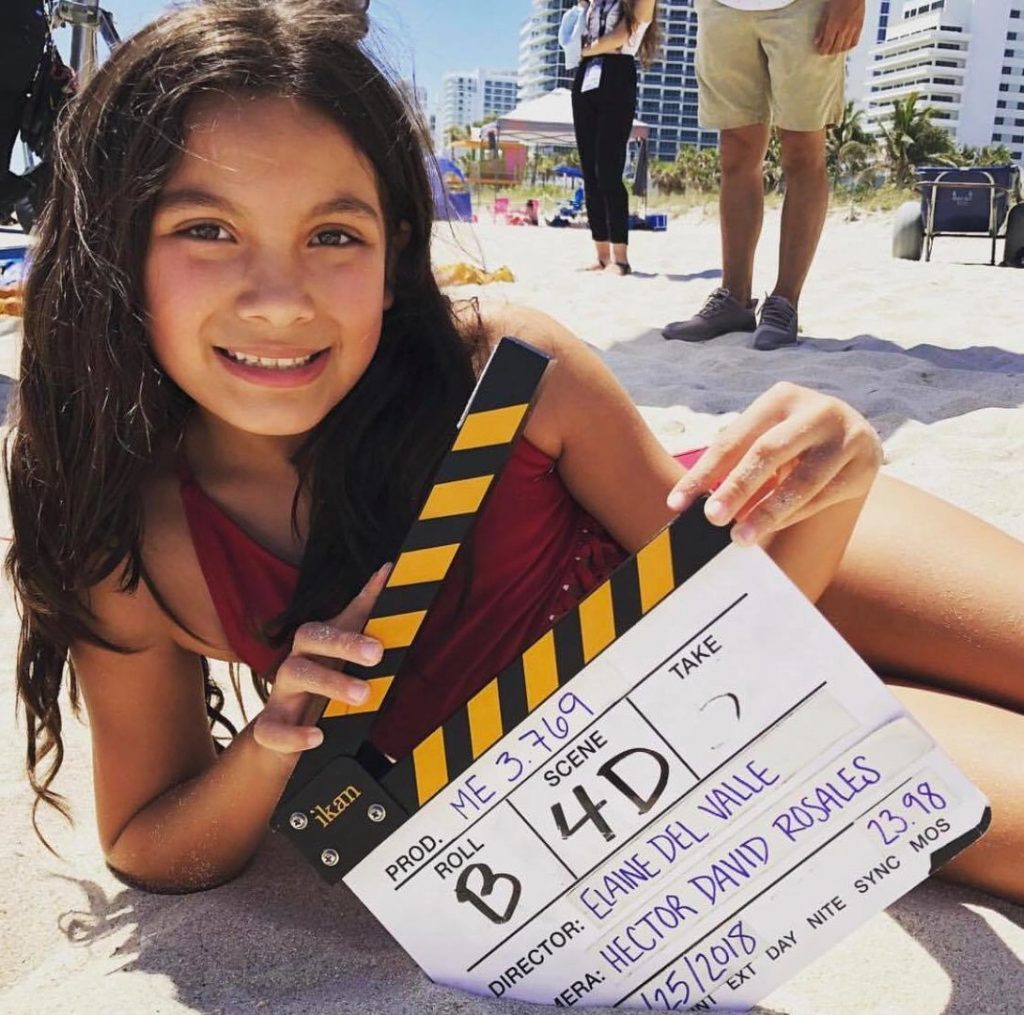 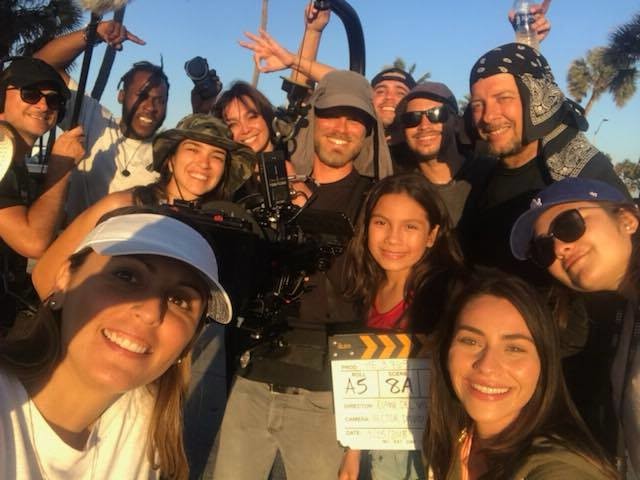 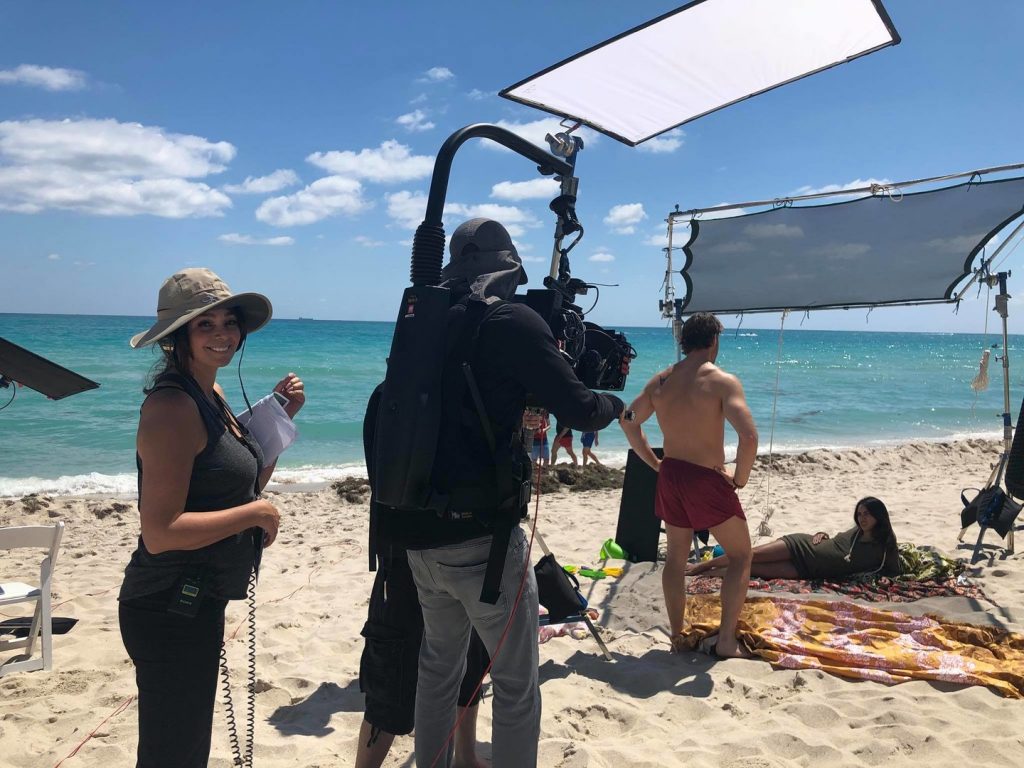 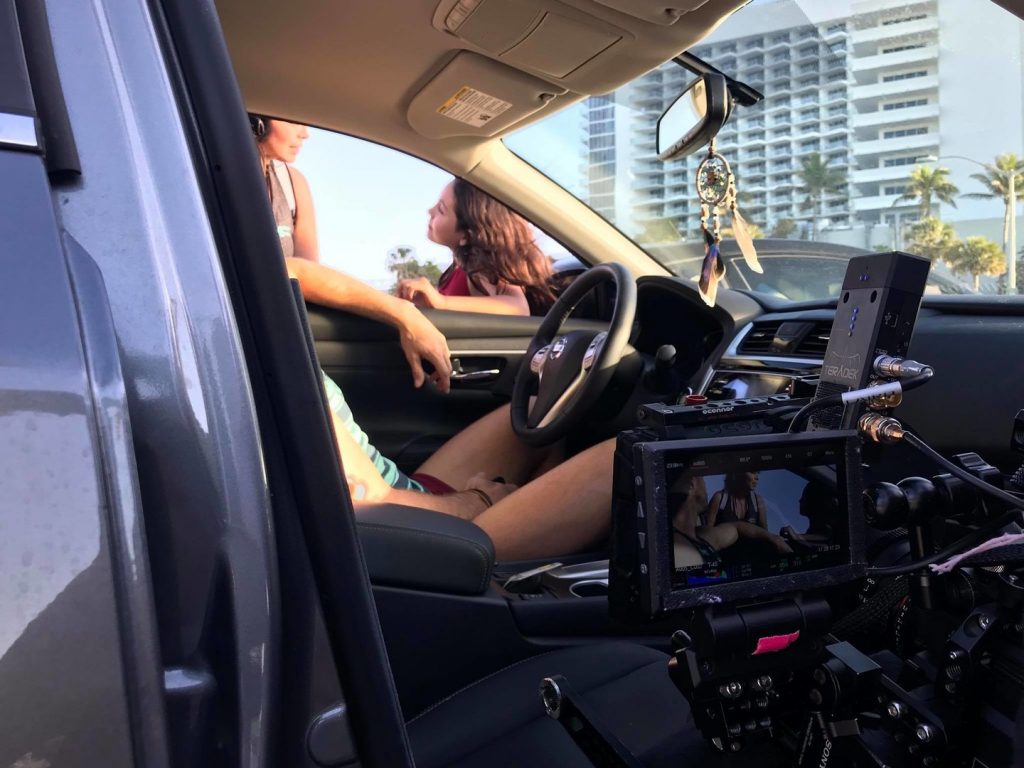 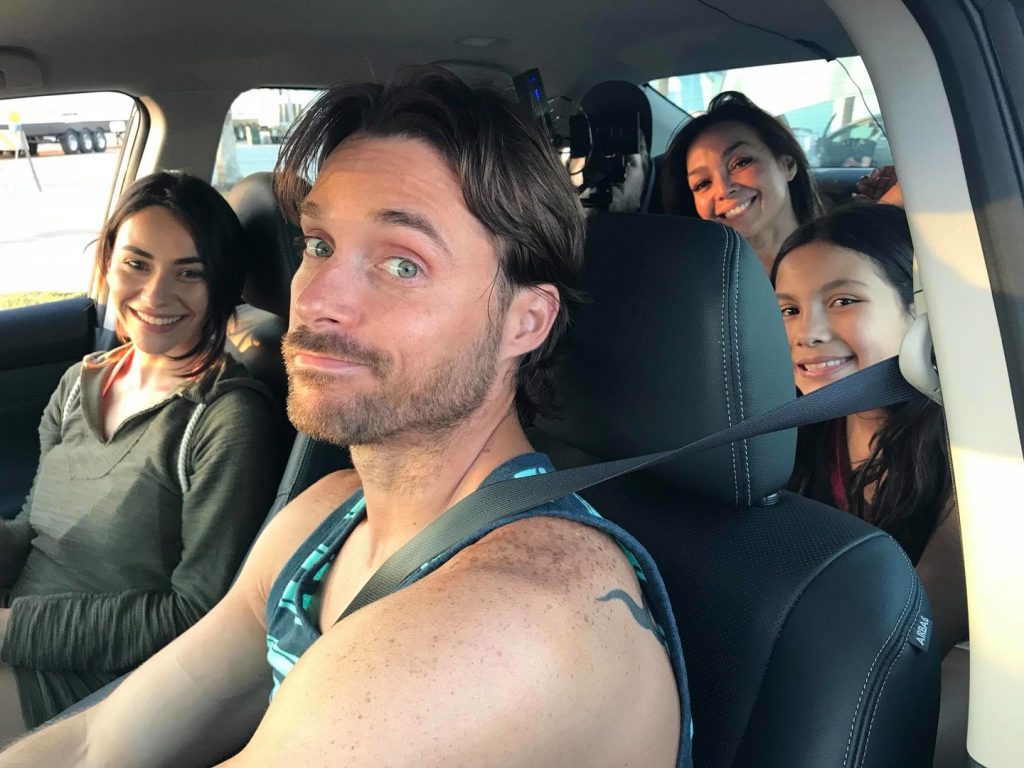 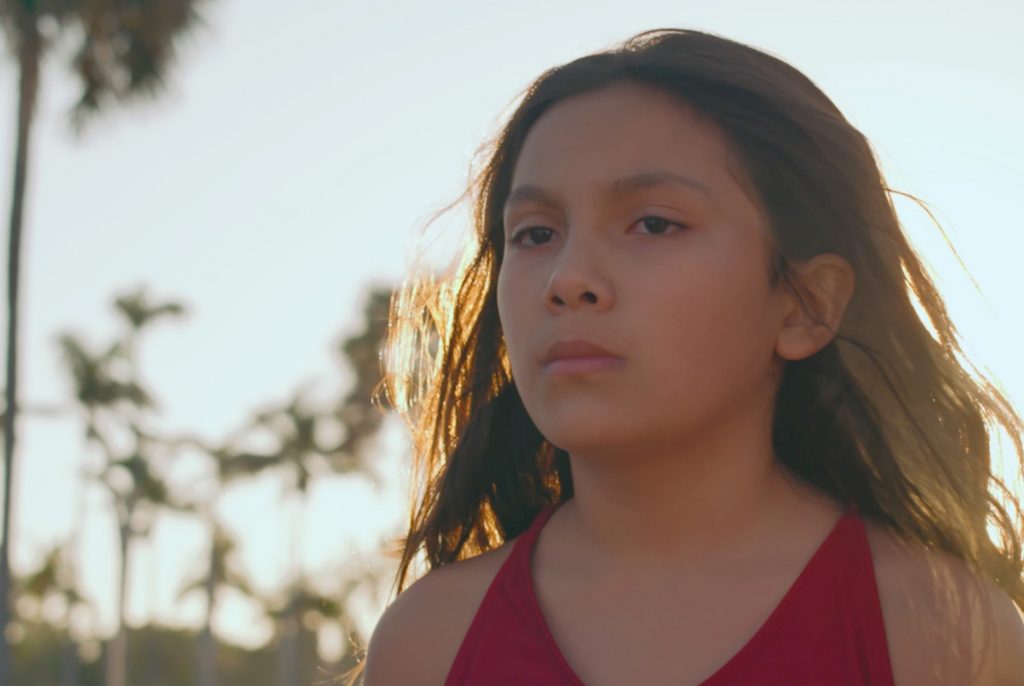