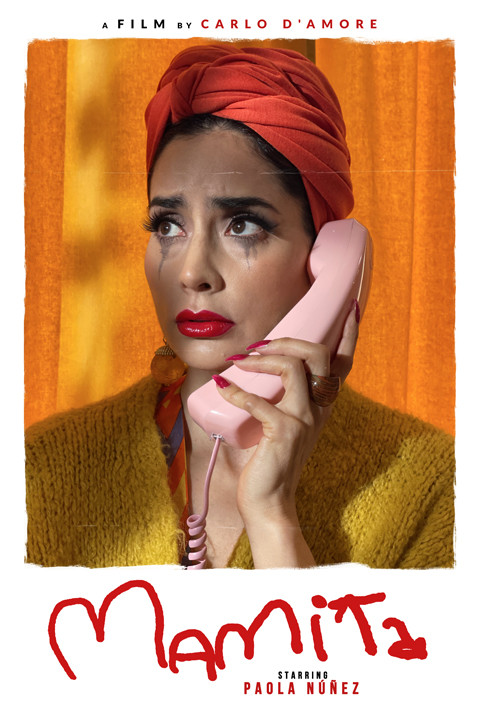 Based on an incredible true story, Mamita is an Almodóvar-esque film, set in 1975 Peru. Personifying the delicate love between a mother and her son, Carlito. As Mamita breathes in heartbreak, she exhales her son’s true father to be none other than Spanish megastar Camilo Sesto “The King of Love”! And now… Carlito must make the biggest choice of his life!

He’s an award-winning actor, a playwright, a Drama Desk Nominated director The Ryan Case 1873 – a producer, as well as an experience designer and the creative director and founder of Live in Theater Productions (LIT). His work with LIT has been featured in N.Y Times, N.Y Mag, GQ, NBC, The Times of London, SF Chronicle, and The Verge, to name but a few. Some of our notable mentions – CBS voted “Lombardi Case 1975 – Top 7 Attractions in New York City. “Brilliant” New York Magazine, “ “Hugely Entertaining” New York Times. LIT has an impressive list of thousands of corporate partners and it has been experienced by hundreds of thousands worldwide.

As an actor, Carlo has appeared on Broadway, Off-Broadway, and Regional Theaters across the country and internationally. He’s worked as a voice-over actor, in Film, and Television. Carlo’s first original solo play “No Parole” (the basis for Mamita & No Parole the television series) performed for over a decade and amassed an impressive list of accolades some of our favorites are: “a black-box blend of Martin Scorsese and Pedro Almodóvar.” “Ferocious fun!” “A real gem!” the play was voted top 7 plays of the year and received an audience favorite nomination at the Edinburgh Fringe Festival.

Carlo’s work pushes the envelope, he challenges both actors who work with him and audiences who experience his work to go to some uncomfortable and exciting places. In the final product, audiences are greatly impacted, and that’s the goal! To move people, to express the human condition with all of its intricacies. To find out more please visit carlodamore.com

It was only after my mothers passing in April of 2021 that I felt completely comfortable in telling our entire story, by then the police couldn’t come and arrest her and punish me for harboring a fugitive criminal.

See, my mother was a renowned actress on the stage of life! It’s not an accident that I followed in her footsteps into the arts, the significant difference is that I’ve used art as a way to express my creativity and unpack what it means to be human. My mother used her “acting skills” to live a life on her own terms. She was amongst many other things an international con-artist. A woman who gave way more than she took, but she did take, a lot. She was called by the thousands she helped, illegally to secure Green Cards la Señora Robinhood. She was responsible for providing for us and our tribe immeasurable opportunities, and creating much mayhem outside our front door. At its core, our story is that of a son and his mother, a story of forgiveness and an eternal bond that not even the American government would be able to break.

Mamita, my first short film is one tiny story in the story of our lives, the rest is being developed into a television series. Thanks for reading!