In Luminous, a restless security guard, Lou, is forced to decide between his job at the research facility and the fate of humanity when he is confronted by the mysterious Dr. Sharp and the truth of what he is guarding.

Writer/Director Than Niles was voted best local filmmaker 2020 by the San Antonio Current Readers’ Poll. He began Big Balloon Productions in 2008 with the short film A Taste of Honey (a silent noir crime story based on the music of Herb Alpert), and the documentary Of Sheep and Goats (A perspective piece on schizophrenia from a man living in London, England in 2009). His first feature I.S.O: Stand Still (A ghost story about loss and isolation in the hill country) screened at Texas Independent during South by Southwest 2012. After a time producing commercials and working in the camera and editorial departments of independent feature films, in 2017, Than began producing a documentary series for the National Catholic Sisters Project about what Catholic sisters do and their roles in society. The project involved hundreds of hours of interviews with women religious over the course of 3 years. Luminous marks Than’s return to directing narrative fiction.

Themes: Luminous, the movie, started from a base concept of “wanting more” and how the definition of “more” is relative to the chaos generator (brain) wanting it. I quite enjoy wanting more: striving and punishing myself for something greater, making myself miserable in the process. That is why I am so hard on my characters. Luminous Labs is a maze I have populated with dissatisfied and mistreated souls, beaten down by the status quo, literally fighting for their lives and needing each other to do it. The short film is the introduction to that game and the process of making it had a profound effect on the feature length work.

The Protagonist: The character of Lou is a combination of people I have known in my life mixed with touches of my own experiences pursuing the American dream. It is one of the great pleasures of my career so far, having Jesse Borrego (Mr. San Antonio, himself) bring life to the role. I met Jesse on the set of the film Dead Awake (on Netflix now) a few years back and was amazed with his performance and overall demeanor. Looking back after making this project, it isn’t every day you have a sci-fi dance number and Jesse from Fame rocking it out. It’s just the coolest.

Filming Locally: The whole cast and crew was local San Antonio, with some Austin sprinkled on top, which made for a really fun shooting experience. The industry work in Texas is primarily commercial so getting to live in a bizarro creative playground with my friends for a month, though grueling as Hell, was very fulfilling and I am grateful to everyone involved. Looking forward to the next one.

On Current Times: I wrote the short at the end of 2017 and we shot it in 2019 before Coronavirus was a thing. I have always felt that at the core of an exciting fantasy story are themes based in the world we live in. Luminous, on one level, is a dream-like cautionary look at our future. It isn’t fun seeing the darker sides of fiction come true and so often the truth is weirder and more sinister than you can imagine. That’s why I think it is good to be grateful for who you have and the time you’re given, and watch a sci-if/thriller together in quarantine.

Thoughts on thoughts: Perspective is a powerful thing. These frantic chaos generators we call minds seem to drive the boat and I don’t know about you, but being spiritually enlightened is an iffy proposition on a good day. It is more interesting like that. Good stories stem from bad thoughts. 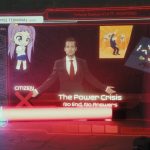 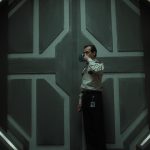 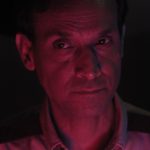 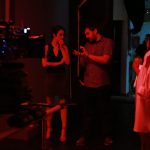 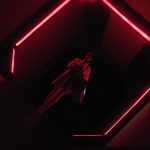 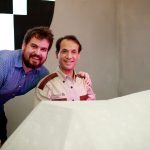 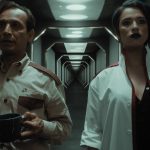 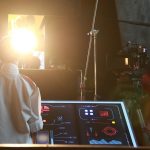 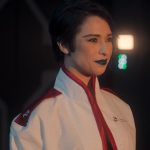