This film is available for the run of the festival starting the day of Thanksgiving 2021. To watch or to vote for this film please click on the orange “TICKETS” button below and purchase a ticket for BLOCK 15.  You also have the option to buy the Movie Buff Pass to watch all the films of the festival until December 15, 2021.

A spark ignites between Will Reyes and Michele Wyatt after a chance encounter, but due to poor timing and the intrusion of reality they strike out twice. If fate gives them another chance at the plate…will they hit or miss?

Steve is an action-driven, emotion-focused filmmaker, whose projects reflect a rigor and affinity for capturing heart-pounding moments, from elaborate and intensely violent sequences, to a simple shared breath that changes everything. Nowhere is this more evident than in his award-winning short, EL COCODRILO, written by Alfredo Barrios, Jr.. He just directed his 2nd episode of QUEEN OF THE SOUTH on USA in January 2021, and is currently in post on his feature directorial debut, LOVE AND BASEBALL. He has also directed a diverse spectrum of commercials for sports brands like Nike Basketball to beer brands like Cerveza Montejo to comedic campaigns for BurgerFi, and many more.

Steve has participated in the ABC, NBC, and Sony Directing Programs.

His visual perspective is informed by extensive experience as a cinematographer, including the indie feature credits SATELLITE OF LOVE and JACK’S APOCALYPSE. In the doc world, he recently shot CODED BIAS, which screened in competition at the 2020 Sundance Film Festival, as well as the Leonardo DiCaprio produced feature, CATCHING THE SUN. He also collaborated with Ken Jeong on the ESPN 30 for 30 film, STUDENT/ATHLETE.

Born and raised in San Antonio, TX, Steve earned his M.F.A. in Film Production from Florida State University. He is a member of the DGA and currently resides in the lush urban sprawl of North Hollywood, CA.

As a Mexican-American who grew up in San Antonio, a predominately “brown” city, it was rare to see people like me on TV and film. But I saw plenty of gang-bangers, maids, and lower class citizens. I remember the excitement I felt in middle school when I saw THE SANDLOT – whose handsome hero, Benny “The Jet” Rodriguez, spoke English without an accent and was the revered leader and best player of a rag tag baseball team made up of white kids. It was a proud moment that changed my perspective of film in the U.S. I suddenly became acutely aware of the lack of positive portrayals of Latinos in film and TV and developed the desire to change it. Film creates and influences our culture, so every time I’m behind the camera, my goal is to accurately portray Latinos and all marginalized communities.

I’ve DPed 9 features and have directed many award-winning shorts. There were many attempts to make a feature over the years, but the usual setbacks had me striking out every time. 2 years ago, tired of living in the dugout, I decided to focus on just getting on base. That’s when a friend sent me the 2-hander play, LOVE AND BASEBALL by Jerry Montoya. I read it and was moved by the very real story of 2 people falling in love upon first meeting, and trying to figure out if it’s real or not. I was drawn to the complexity of the character’s feelings and decisions, and felt that it could make a really nice film.

LOVE AND BASEBALL is the epitome of indie filmmaking. Self-financed, we filmed all three acts in 14 days over an 18-month period, mostly at my house, mostly with my own gear, and mostly with a 2-person crew, all shot before and during quarantine.

It’s an intimate story that deals with finding a connection with another person, and the importance timing has in the success of that connection. And I personally felt a connection to the playwright, who’s also Mexican-American. While the play’s characters are ethnically nondescript, Jerry welcomed my approach to amplify, but also normalize our Mexican-American perspective.

There is so much attention on race and equality right now, and while I’m happy that it’s going to create big changes in our culture, I will continue to fight for that change in my own small ways. By telling stories that center around Mexican-American leads, I’m seeking to equalize my community by creating a pathway to common ground. And with LOVE AND BASEBALL, I’ve finally gotten on base as a feature director. I learned a lot throughout the process, and while I’m grateful for the experience so far, I’m already excited about my next at bat. 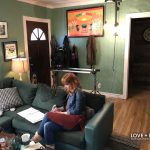 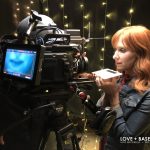 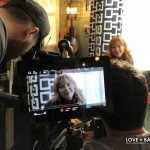 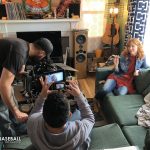 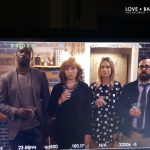 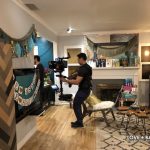 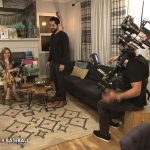