Inspired by a true event, Let’s Play Dead Girl is a cautionary tale about two best friends, Josephine and Juda, who create a website revolving around Alto, a mystical being living in their imagination. Soon, their obsession with Alto runs wild as they hatch a plan to murder their friend, Consuelo, so they can make Alto come to life. 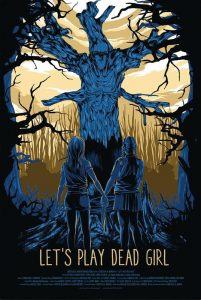 Christian A. Morán has been working on feature films, shorts, music videos and in documentaries, for which he won an award in 2002 at the Aurora Film Festival. As a Production Manager and Senior Editor at Media Blasters Inc., he has worked on and revived numerous Cult and Horror titles such as Lucio Fulci’s Zombie 2, Takashi Miike’s Ichi the Killer and One Missed Call. He also worked on post-production for Fever Dreams’ feature, “Shadow: Dead Riot”, starring Tony Todd of Candyman and worked on “Death Trance” directed by Yuji Shimomura and starring Versus’ Tak Sakaguchi. Christian has also worked on animated titles including Invader Zim, Berserk, Giant Robo, Samurai Deeper Kyo, 12 Kingdoms and Voltron: Defender of the Universe. He also produced and edited a promotion video for a branch of The United Nations called Alliance of Civilizations which featured President Barack Obama. Currently, he is working with legendary producer Roger Corman and Code Red DVD, who handle titles from MGM (Metro-Goldwyn-Mayer). At this time he is producing and directing his own films such as Silentious (2013), Flawed God (2014), Halloween Treat (2014) and Let’s Play Dead Girl (2016). 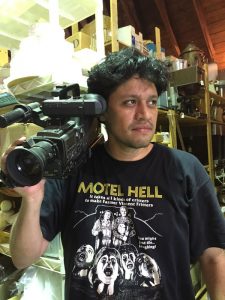 Growing up in Queens, New York, I always wanted to make movies to entertain. In my teens, I discovered Rod Serling and Stanley Kubrick, visual story tellers who used their medium to comment on societal issues. Their bodies of work showed me that films can be much more than escapism; that through visual storytelling, I can bring up deep philosophical and moral questions about our society to cause change. That’s the type of filmmaker I want to be.

As an artist and filmmaker, I believe that I have a responsibility to use my artwork not just to express myself, but as a tool to challenge the status quos and/or promote awareness that would ultimately lead to social change. I believe with every project that I have produced, directed, or written that I have used my talents in some way to help our community.

In 2001, in my award winning documentary, Out of the Darkness, about a community college coming out of the ashes of 9/11, I showed the importance of bringing back an educational institution to a devastated downtown community. With my follow up, The Chain of Vulnerability, for 60 Minutes/CUNY, I raised questions about the unlawful and bias home invasions of innocent families because of their race and culture due to the Patriot Act. With my work with The United Nations, Alliance of Civilizations video, I was able to demonstrate the importance of having a first response team with clear communication between the Middle East and the rest of the world for a greater understanding to reach peace.

I have the passion to tell my stories – Latino stories – and present the multicultural world that I grew up in because I feel that our media neglects to show the diverse environment that I live in now. The short film, Silentious, revolves around a Latino boy being bullied in high school and how silent adult figures in the boy’s life were in his time of need. The story mirrored my own freshman year of high school where I was bullied by a gang for over a year. It gave me an opportunity to voice my concern about bullying and about how many kids fall through the cracks of the system. Silentious is an official selection of the Viva Latino Film Festival NYC International, Ozark Shorts Film Series, The Apple Martini Film Series, and the Union City International Film Festival.

With Let’s Play Dead Girl, I will bring awareness to the ever growing violence a  mongst adolescents. Since this film deals with true events of two twelve year old girls attempting to murder, I have done tons of research on violent teens. I’m aware of the Substance Abuse and Mental Health Services Administration report that states, “One in four female teens is involved in some sort of violent behavior at school or at work,” in which a decade ago, it was, “One out of ten.” Recently at an event at Brooklyn College, I was given the chance to talk about Let’s Play Dead Girl and I said, “Do we have to see a young girl do a mass murder in a mall before we jump onto a politician’s bandwagon for a bill? We know the pattern from our boys; why can’t we start to put in place deterrents?” With Let’s Play Dead Girl, it is my opportunity to make the film a wakeup call to young girls, their parents, and our community.

I want my films to be a hammer that shatters the glass walls that are created by our own society; a seed that grows and promotes a positive community. I am that type of filmmaker.

Check out The Trailer!!