I Just Wish You Told Me

This film is available for the run of the festival starting the day of Thanksgiving 2021. To watch or to vote for this film please click on the orange “TICKETS” button below and purchase a ticket for BLOCK 8.  You also have the option to buy the Movie Buff Pass to watch all the films of the festival until December 15, 2021. 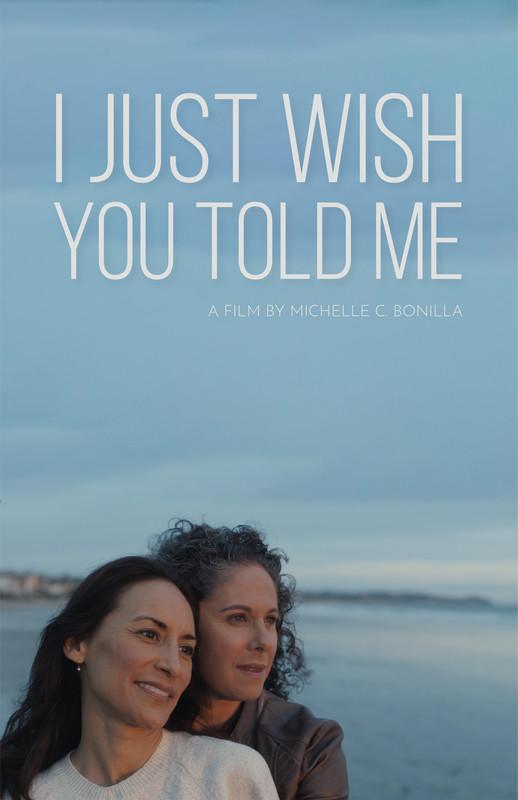 Jessie and Karen have been a same sex couple for thirteen years. When Karen goes into surgery and unexpectedly dies, a traumatized Jessie can’t make sense of it. In her search, Jessie discovers hidden truths that disrupt and shake her confidence in their entire relationship.

Based on a true story, I Just Wish You Told Me, shows how betrayals in long term relationships, can lead to wounds that never heal.

Michelle is a proud Chicana writer, actor, producer, and now director, born and raised in Hollywood, CA. She grew up next door to an original munchkin from “The Wizard of Oz” and, it was here where she learned about the magic of filmmaking, television, and ultimately, her love for acting and directing.

Along with her 29-year career in film and television, with more than 170 credits to her name, she is an avid supporter of LGBTQ rights and advocacy. She has used her skills as a writer and producer to create projects such as her short film “Slip Away” about substance abuse and its effect on a lesbian Latina relationship. By dealing with the very real social and domestic issues of alcoholism and drug abuse, the film empowered gay Latinas to choose themselves over living in situations that too often take away their self-worth and esteem. “Slip Away” went on to screen at numerous film festivals around the world, including OUTFEST – The Los Angeles Gay and Lesbian Film festival, and won The Q Award at the Fortworth Gay and Lesbian International Film Festival and The Bronze Award at The Mexico International Film Festival for Best Short Film. Michelle is also the co-creator, producer, and writer of the comedy web series “Failing Upwards”, which was chosen by ABC News as “A web series to watch”.

Michelle is now in post-production on her current project, “I Just Wish You Told Me”, which centers around a woman who, after the unexpected death of her same sex partner, struggles to come to terms with the truth about her lover, and the unforgivable secrets revealed in their thirteen year relationship. Written, produced, and starring Ms. Bonilla, “I Just Wish You Told Me”, marks her directorial debut.

Her most recent credits include NCIS: New Orleans, Clemency (Grand Jury Prize Winner, Sundance Film Festival 2019 US Dramatic Competition), Pin Up, Criminal Minds, Jane The Virgin, 24: Live Another Day – Solitary, The Bold and The Beautiful, and Days of Our Lives.

And, in the world of voice over, you can hear her recurring as Mrs. Flores in The Casagrandes, the new spin-off of the Emmy Award Winning Children’s Animated Series, The Loud House, on Nickelodeon. She is also the voice behind the lead character, Scribe Odessa Valdez, in the popular videogame series, “Fallout 76: Steel Dawn”.

Her theatre credits include the critically acclaimed Dark Rapture by Eric Overmyer at the prestigious Kalita Humphreys Theatre in Dallas, Texas. In Los Angeles her theatre credits include As You Like It…Fresh, Wilding, The Circle, The Bilingual Foundation of the Arts; the West Coast Premiere of Eddie Sanchez’s Award Winning, Clean, and Borderlands (Co-written by Dana Stevens) at Second Stage. She is proud to have worked with the world renowned, Los Angeles Philharmonic, in The Impressionists at The Walt Disney Concert Hall.

Michelle C. Bonilla is a recipient of the Inaugural Gift of Life Entertainment Media Award from the National Kidney Foundation presented to the cast of ER. She is also the winner of The ALMA (American Latino Media Arts Award) Award for her portrayal in PBS’s Award Winning Foto-Novelas Series, Seeing Through Walls, and is honored to have received the prestigious recognition of being awarded the Resolution from The City of Los Angeles, Special Honoree – Latinas In Pride, for her work in the Arts and for promoting and advancing LGBTQ Rights.

In April of 2016, I lost my beloved partner of nearly fourteen years after she had gone into surgery for a planned replacement of her aortic valve. What preceded was two weeks in the hospital that felt much like being in a war. And, after battling one complication after the other, in the end, there was nothing that could be done.

Shortly after her death, I began to put the pieces together of what could have possibly gone wrong. Why did everything seem to go haywire and why did she die? To my shock, I discovered that my partner wasn’t telling me the whole truth about her medical condition. If she had, we could have taken other actions that would have possibly spared her life.

In January of 2020 I began to write “I Just Wish You Told Me” as a way to make sense of it all. The questions I still had after she died haunted me. Why didn’t she tell me? Being in a lesbian relationship made me question that, after all our time together, did she secretly still harbor some self-homophobia that made her feel that our relationship wasn’t worthy of telling me her whole truth? What was our relationship if she couldn’t share her fears, worries, or doubts? How can someone in any relationship not share the information that could save or end your life?

The only way I could possibly tell this story was to have the viewer feel like “they are stepping in my shoes” – to share it, viscerally. The use of subjective camera, playing with POV in sound and POV with camera, allowed me to have them there in the room, so to speak, to hear, see, and even feel certain moments right along with our main protagonist, Jessie.

I chose to play with time in the film, jumping from present and past, to give the sense of how disorientating traumatic loss can be. I purposely juxtaposed black and white, light and dark, and elements of chaos and calm, to represent the colossal swings that one can feel when one is unraveling their grief. And, finally, the story is mostly told from Jessie’s POV, to serve as an example of how solitary a process ‘complicated grief’ can be and to magnify the sense of betrayal one could feel.

I Just Wish You Told Me is the culmination of my personal five-year journey to heal, to expose what it’s like to be “the one who is left behind” in the wake of truths left untold, and to forgive.

I want my story to convey that honesty, communication, and vulnerability are vital to the perseverance of any relationship. And, I also want it to serve as a warning – that when one isn’t completely truthful with the other it can lead to disastrous consequences. It is my intention to leave the viewer asking themselves, “How well do I know the one I love?”, in the hopes that they have the uncomfortable conversations that lead to more vulnerability and honesty.

I hope that my story serves as a catalyst for couples not only in the LGBTQ plus, Latinx, and BIPOC Communities, but in all communities, to talk to their partners, husbands, and wives about those things that “they could never share”, so that they become stronger allies together than weaker apart. 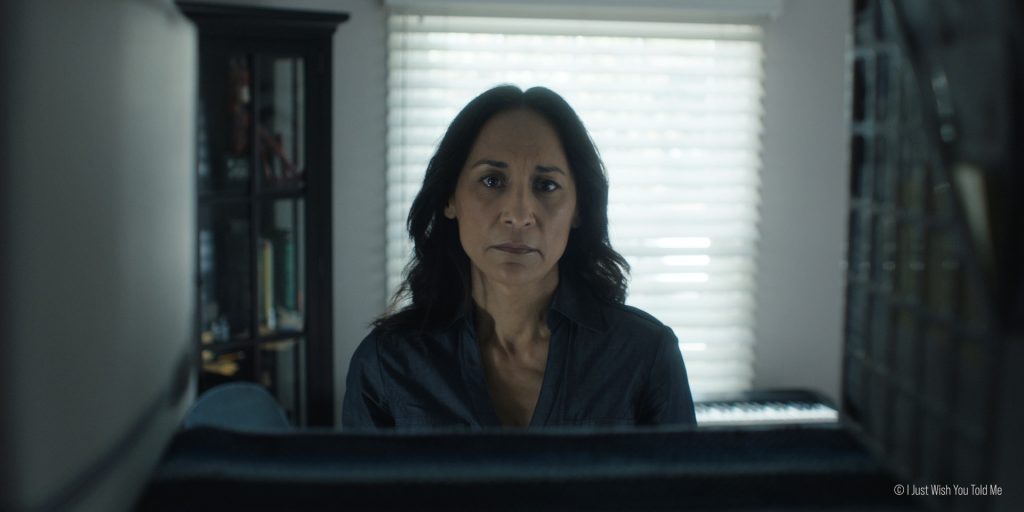 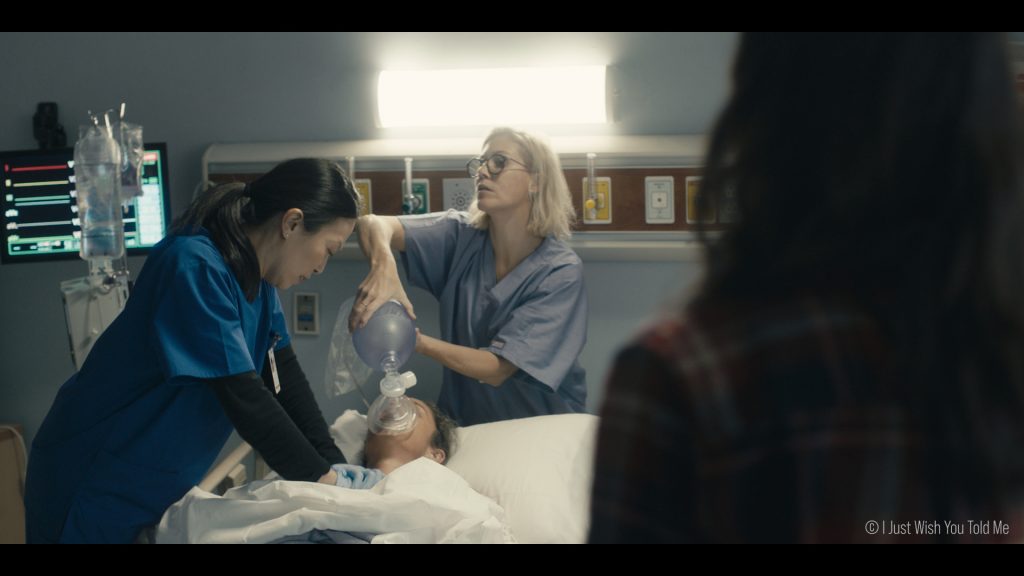 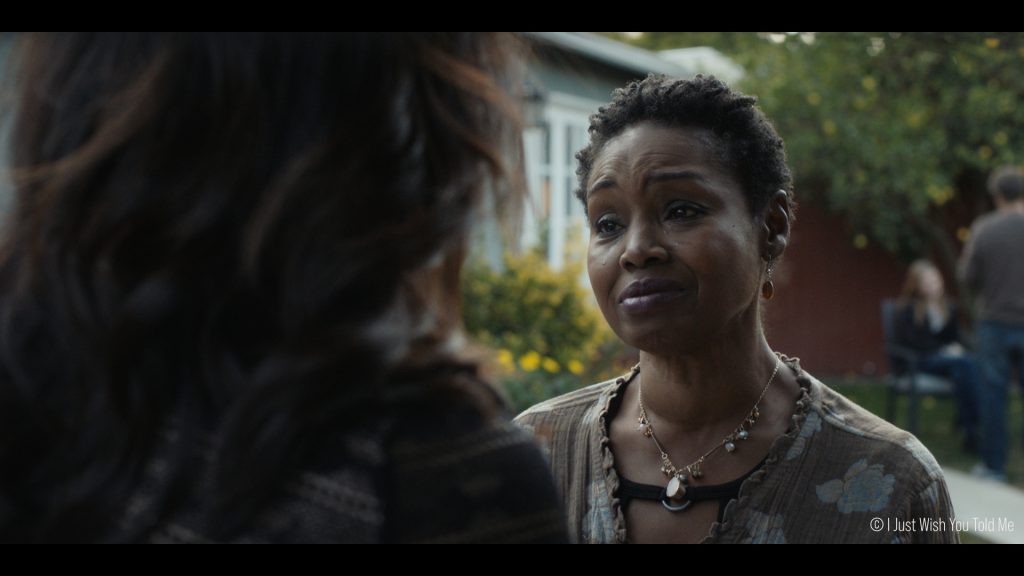 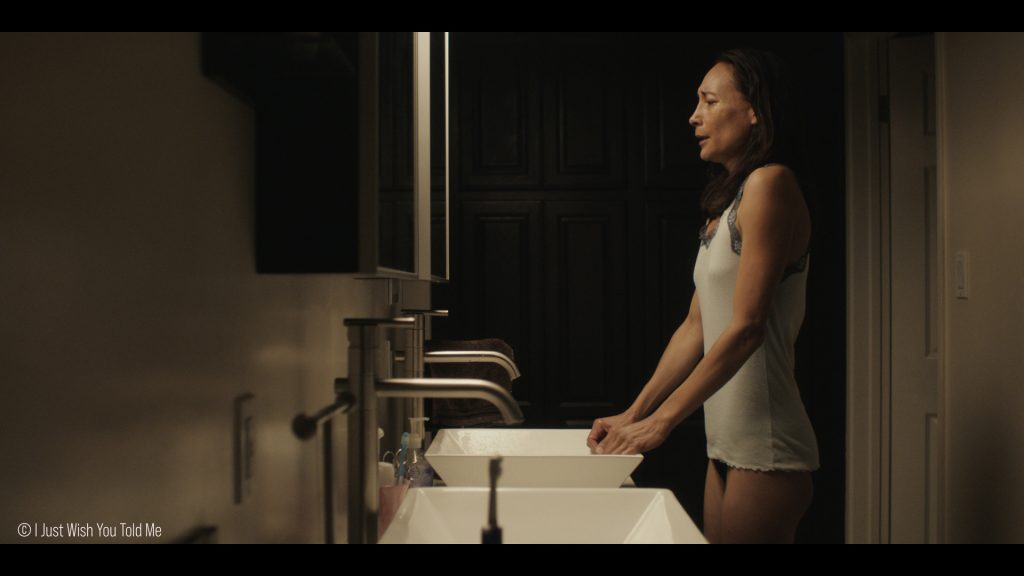 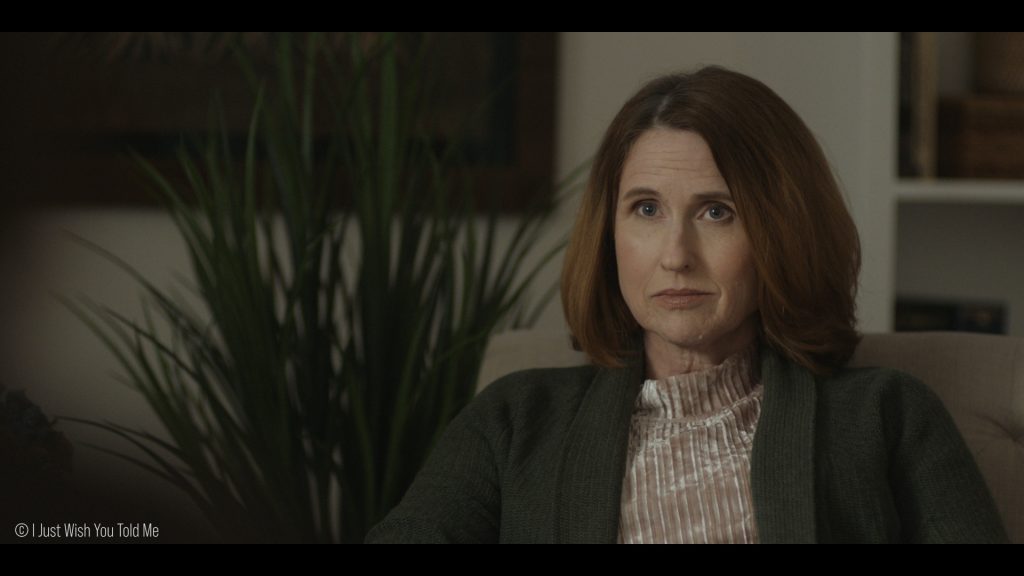 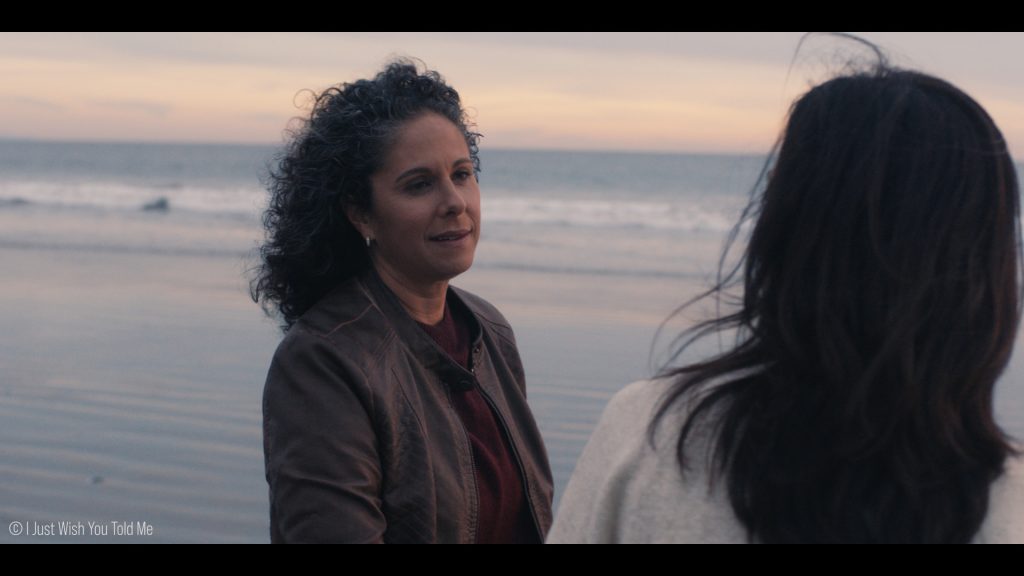 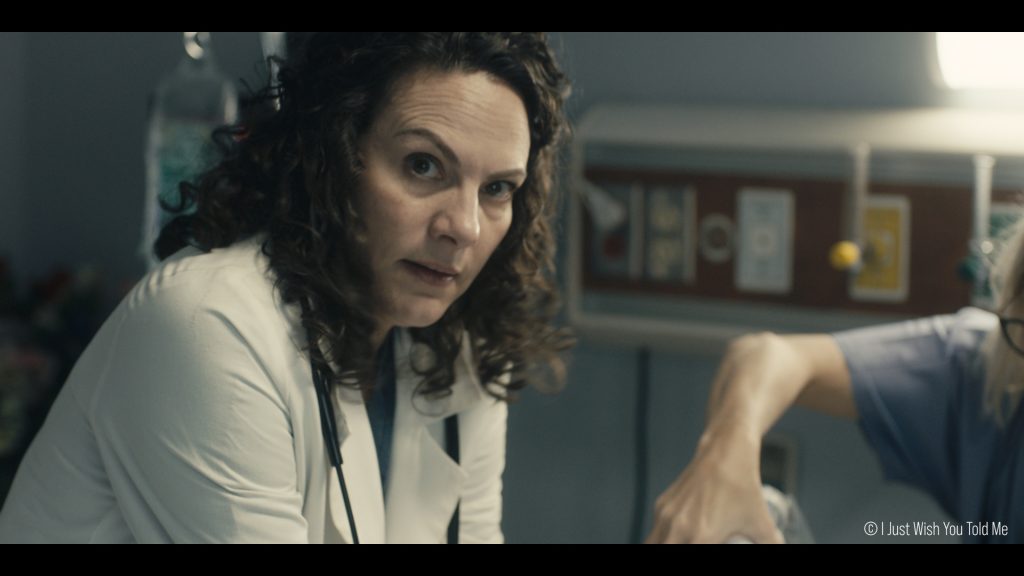 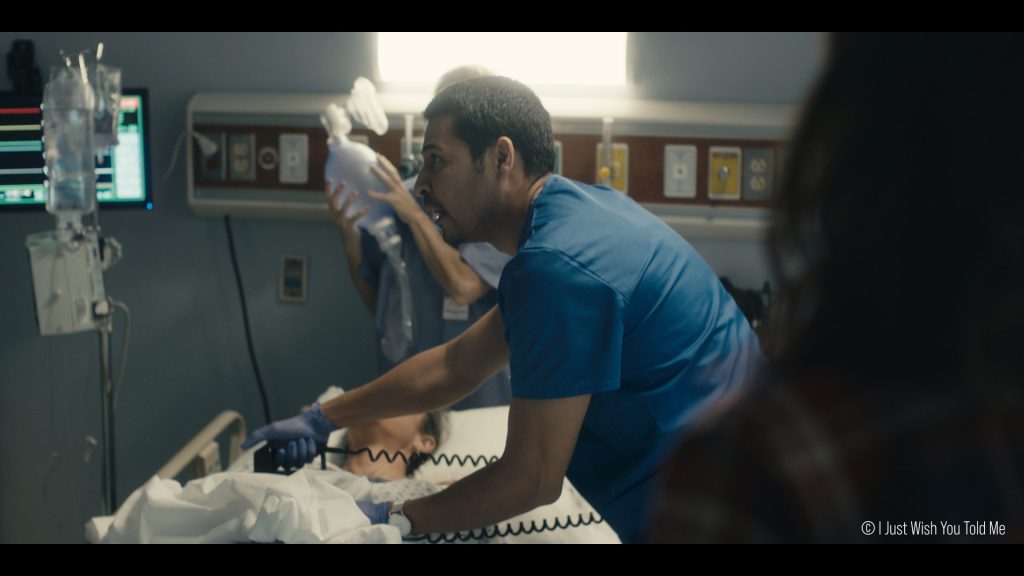 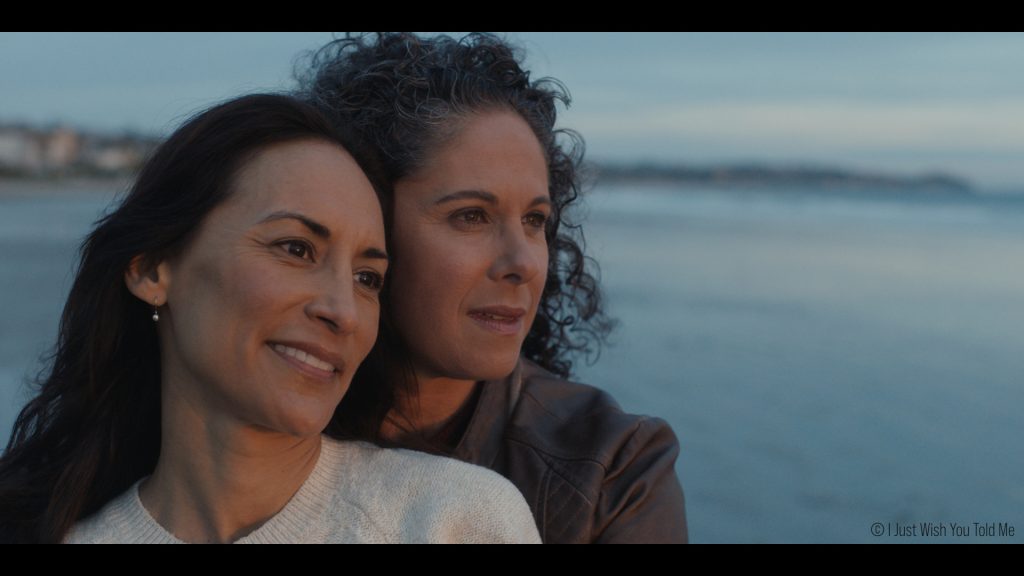