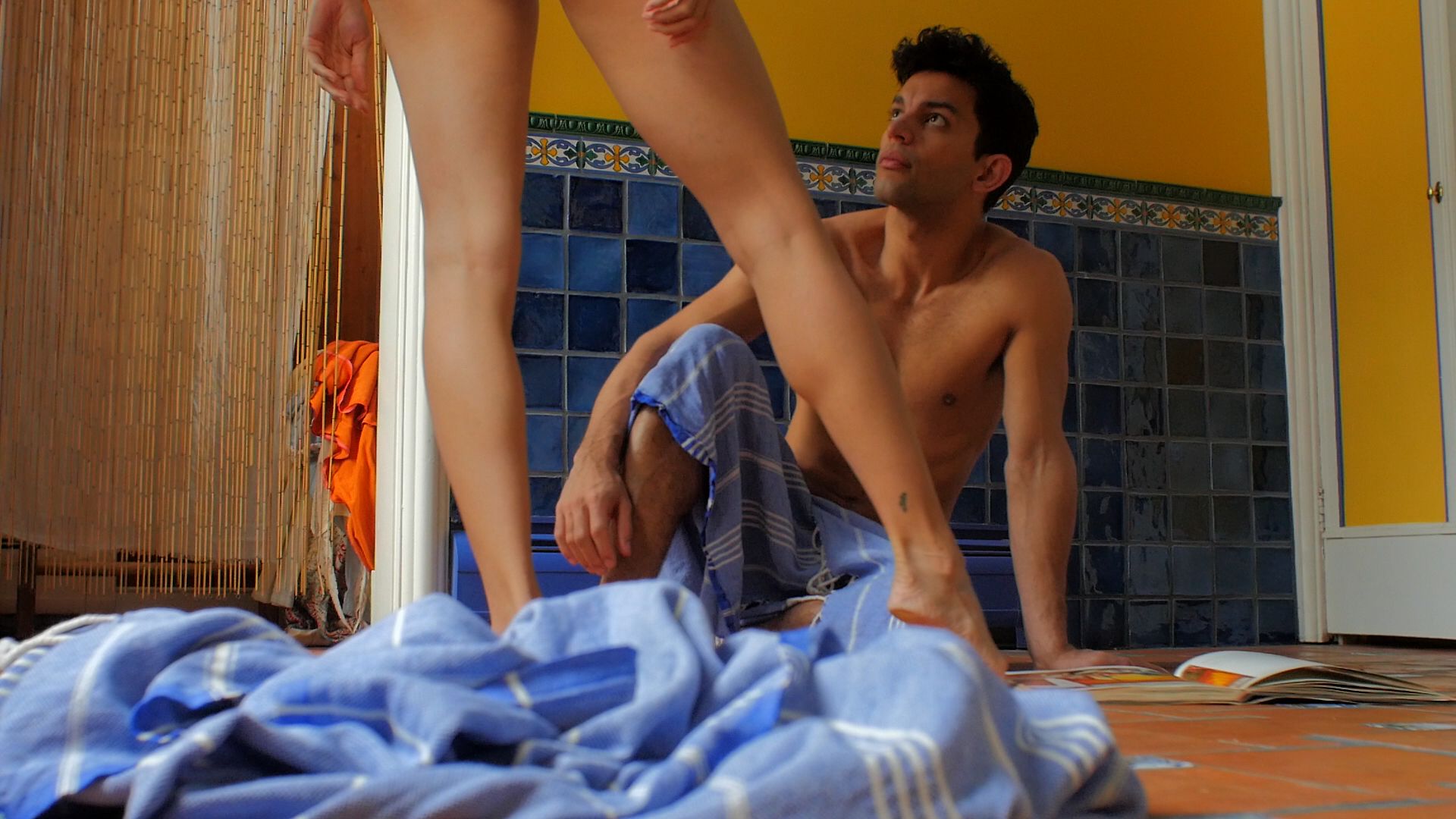 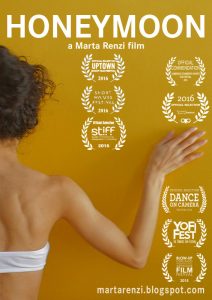 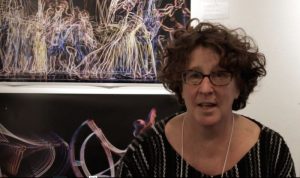 Marta Renzi has created more than 20 short films which have won awards in more than 100 festivals both nationally and internationally, and is a seven-time recipient of funding from the National Endowment for the Arts.  As a choreographer, Renzi took every opportunity to present work with her Project Co. outdoors for free in venues such as Central Park Summerstage and Jacob’s Pillow’s Inside/Out. In 1992 Renzi received a New York Dance and Performance Award (a “Bessie”) and in 1995 was the first recipient of a Dancing in the Streets award as “a fearless explorer of unconventional sites.” Her site-specific choreography led to a half-hour videodance commission from the WGBH New Television Workshop in 1981, followed by another in 1989 from KCTA’s Alive From Off Center, entitled MOUNTAINVIEW, made in collaboration with maverick filmmaker John Sayles.  Renzi was awarded a 2013 Bogliasco Fellowship at the Liguria Center for Arts & Humanities, and was funded by a RAW Community Supported Arts grant in 2014.

Let me begin by trying to outline some basic beliefs that underlie just about everything I make:

1. Not only can we all dance; we all already are dancing – whether on a dance floor, or on the street, whether we’re concentrating on an important activity, or hardly moving.

2. The corollary to that is that the dancers on screen are also people. They may play a character, and that character may or may not be close to their own personalities, but they have their own history, their own inner lives.

3. The dances and dance films I make are intended for other people, not for other artists. When I first started, I used to say I made them for my grandmother.

4. If there is technique – whether dancing or filmmaking – it should disappear. It should certainly not be the subject of the piece.

Lately I’ve called what I do “sneaking up on choreography” because of how these basic beliefs go together. If my grandmother – or the guys at the corner store – recognize themselves in my work, they are more likely to go for the rest of the ride: even if the dancing technique gets more heightened or the situation more dramatic.
Happy as I am to have work screened in a video dance festival, I’m even more pleased when my slightly subversive point of view can infiltrate a regular shorts festival. Sometimes a short with a narrative like Her Children Mourn helps me sneak in; sometimes behavior that folks in video dance think of as perfectly straightforward can hide out in the experimental category of mainstream film festivals.

And here comes another basic belief which is the antidote to dance competitions like So You Think You Can Dance? The honest unveiling of process in all its daily discovery and disappointment is one of the greatest gifts an artist can share with the rest of the world.