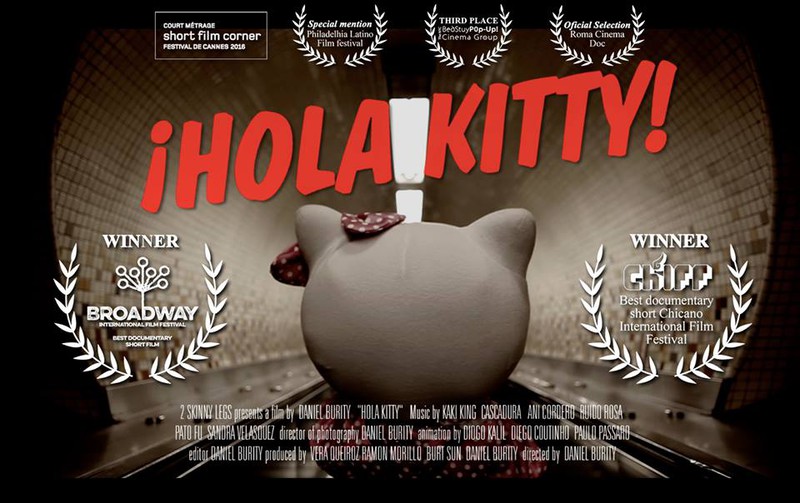 The film address the challenging issues of Latino illegal immigrants in the US. The main subject is a Latino immigrant who works in New York City in a Hello Kitty costume; a popular Japanese fictional character. Never revealing who’s behind the mask, the film is a metaphor of faceless immigrants who work in the shadows of American society. The documentary blends social commentary with pop culture. 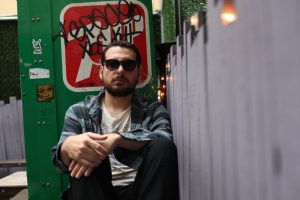 Daniel Burity began his professional career at the age of 22, working on public television in his hometown of Salvador, Bahia, where he wrote, directed and edited cultural programs. In 2007 Daniel moved to New York to pursue a career as filmmaker.

His documentary about independent musicians from New York, “Apple Sounds”, earned praises from acclaimed French director Michel Gondry and was awarded at the Press Awards 2013, Florida, for best video. It was also exhibited at Tokyo, Sao Paulo and London.

Daniel recent film,”¡Hola Kitty!”, that addresses the challenging issue of Hispanic illegal immigrants working in the US, won the Broadway FIlm Festival, the Chicano Film Festival, in Los Angeles, was selected to the Cannes Short Corner, received the Special Mention at the Philadelphia FIlm Festival and it featured on the Huffington Post.

Along with Emily Ernest, Daniel directed Shakespeare’s Sonnet # 8 for “The Sonnet Project”. The video was shown at the Museum of Moving Image in Queens, NY.

Daniel directs music videos for indie rock bands from Brooklyn (where he lives). He shot for the legendary CBGB organization, for the New York Summer Stage and worked as editor and cameraman in the web series “Booker Travels”, awarded by the National Geographic. 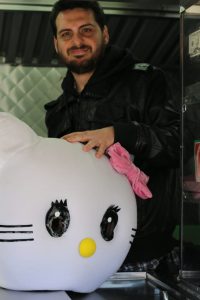