This film is available from November 27-30, 2020. To watch or vote for this film please click on the orange “TICKETS” button below and purchase a ticket for BLOCK 8. 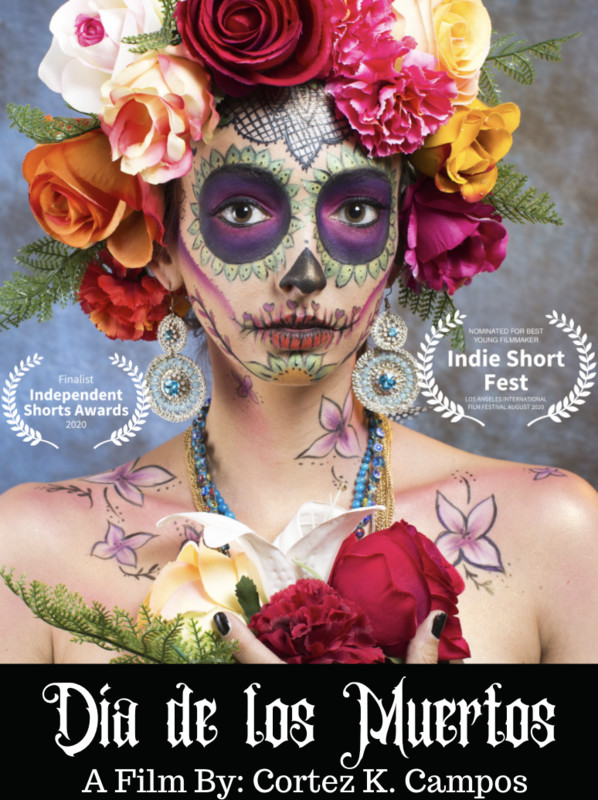 Every year, on November 2nd, Mexico celebrates Día de los Muertos (The Day of The Dead). On this day, streets blossom with flowers, skeletons walk among us, and parades overrun the cities as residents honor their dead families.

Cortez Campos, an overachiever, an athlete, but above all a dreamer, and dream on he did! Born in Denver, Colorado, Cortez always sought to be phenomenal. Being the firstborn in his family, Cortez had to find his own ‘groove’ while growing up. Due to his parents being divorced, Cortez was taught two different types of guidance from each parent. From his mom, he learned dedication, while his dad taught him confidence. These two characteristics would shape Cortez into the persevering person he is known as today.

At a young age, Cortez was bullied at St. Annes for lacking a strong reading ability. With the school not supporting Cortez’s need for accommodations, he struggled to keep his chin up and look forward toward a brighter future. Later that year, Cortez transferred to a new school called, Montessori School Of Denver, (MSD). It was here when Cortez discovered Stop Motion Animation, and where he first entered the world of film production. He joined a small group of five kids who shared his same passion and together they created extraordinary short films. It was also at MSD where Cortez was tutored one hour a day, every day, until he entered High School at Denver Academy, to combat his reading disability. This heavy workload disciplined Cortez to work hard for his dreams.

Cortez now recognizes his past and uses it to build his future. He has already obtained the Academic Achievement Award, Commitment Award, and is a member of the National Honors Society. All of those accomplishments are products Cortez’s determination he has learned to utilize over the years, and his confidence was built from previous experiences. Cortez now seeks to become a successful filmmaker and wishes to revolutionize film.

“Film is about developing a vision and showing it to the world” (Campos).