Dak’toká Taíno (I am Taíno) Directed By Alba Enid García 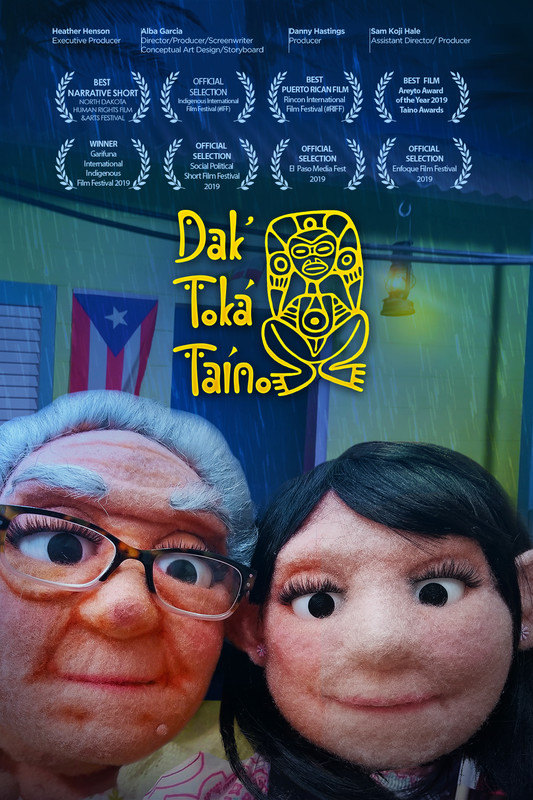 A young Taíno girl, Marabelí, visits her grandma, Abuela Yaya after Hurricane María. Marabelí expresses her fears of survival, while Abuela Yaya comforts and reminds her of their resilient Taíno ancestors and challenging history. This film warmly reflects in the future of Puerto Ricans as an indigenous society. 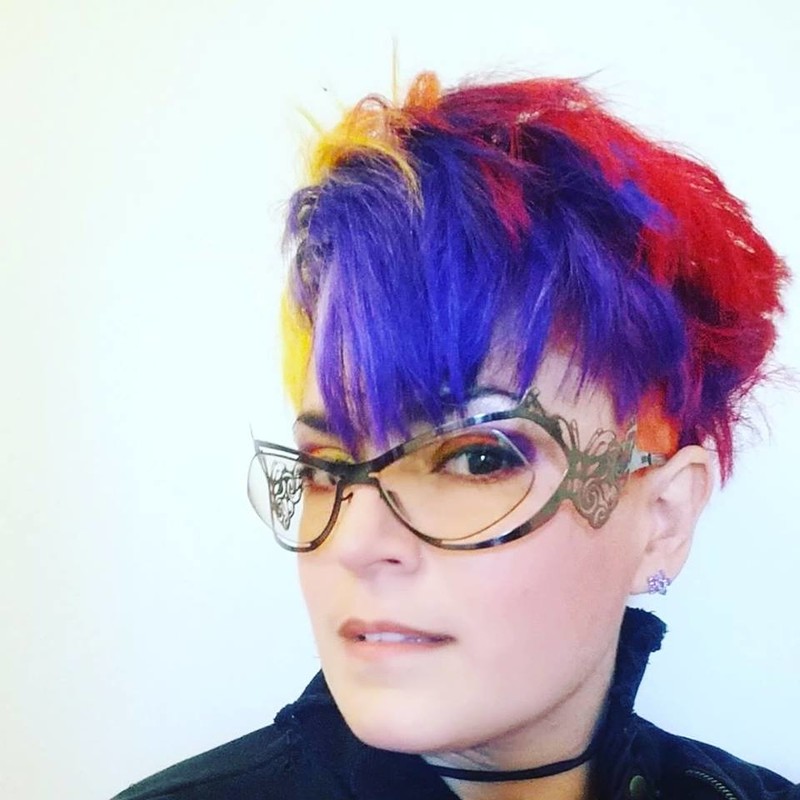 Alba Enid García is an international award winning Puerto Rican Director, of Taíno indigenous descend, and now she is doing a Theatrical run for Oscar consideration for Dak’Toká Taíno in LA, California. She is currently working on her 4th film Dangerously Ever After, a stop-motion film based on the award winning picture book of the same name. This book was written by Dashka Slater and Illustrated by Valeria Docampo.
Alba just completed in the summer of 2018 her new short film Dak’Toká Taíno, (I am Taíno) a Taíno inspired live-puppet short. Dak’Toká Taíno, is a story about the aftermath of hurricane María in Puerto Rico and how Abuela Yaya helps her grand-daugther Marabelí understand their history, their Taíno indigenous culture and how to cope under the desperate situation they are in. Heather Henson from IBEX Puppetry is the Executive Producer for this film along side Sam Koji -Hale. Danny Hastings from ATOMICUS is a Producer for this film.
Alba is a master sculptress, writer, designer. Her art creatures dolls are in private collections all over the world. Alba is a member of the Association International Du Film D’Animation and Women in Animation. Alba opened her FANTASIATION Studio in the Summer of 2008. She graduated from the University of Puerto Rico achieving a Fine Arts B.A. Degree, she completed a stop-motion Film at the School of Visual Arts, NY, year 2000 achieving the Dusty Film Festival Award for her stop-motion animation, The Happy Prince, by Oscar Wilde. She worked at Celebrity Deathmatch, MTV., as an Animator. Her film Time Space Reflections won International Film Festivals all over the world 2014-2015.

It is my duty to represent my Puerto Rican, Taíno nation brothers and sisters via my filmmaking voice. I thank Heather Henson and Ibex Puppetry for giving me the opportunity to bring this film to life and shed light on the injustices Puerto Rican people are facing everyday for the last 100 years. Thank you Handmade Puppet Dreams Series for hosting our film I am Taíno. Please see our TV interviews on UNIVISION 41, CNN LATINO, September 28 2018. This film already won an award within the first month on it’s festival run. 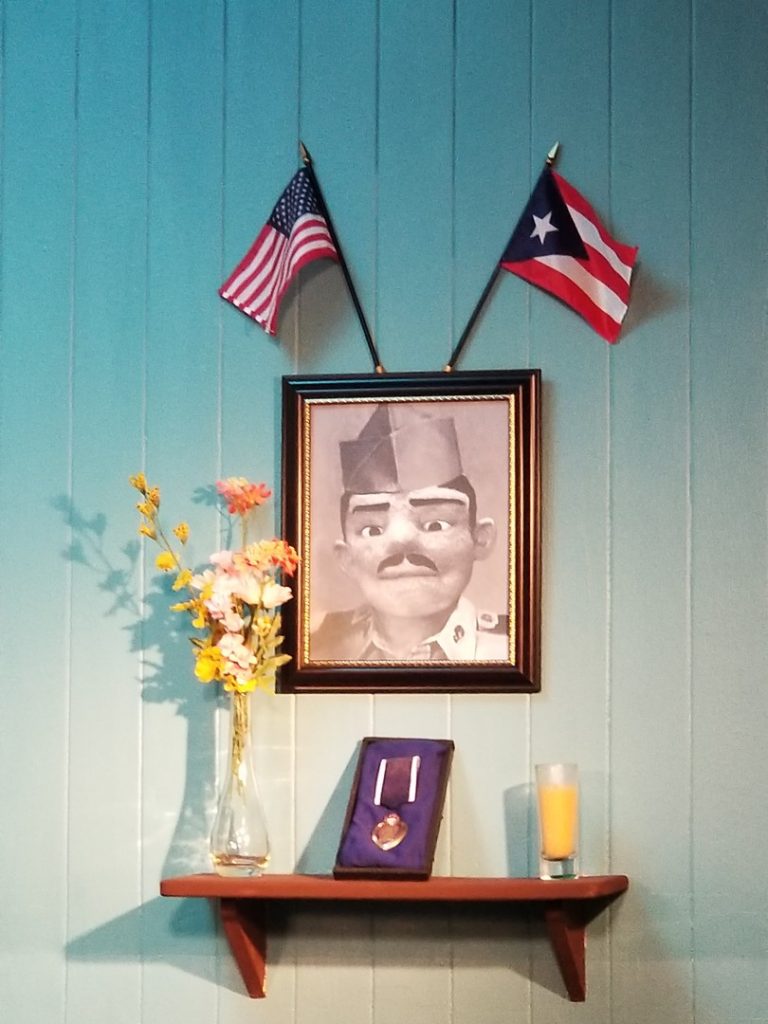 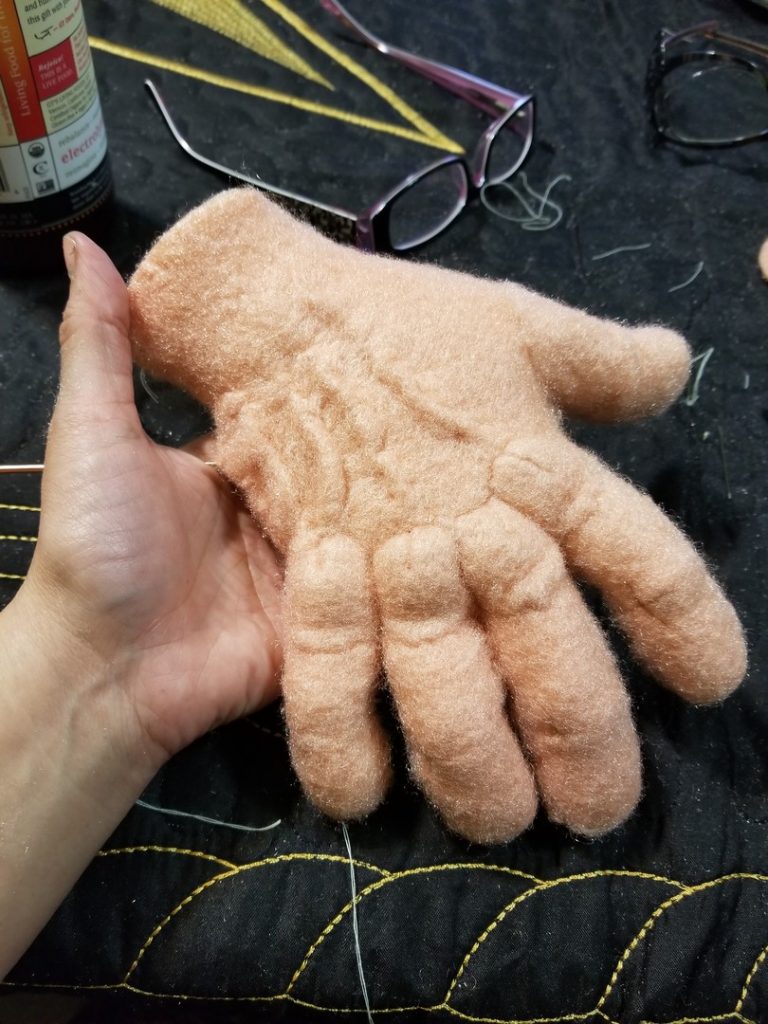 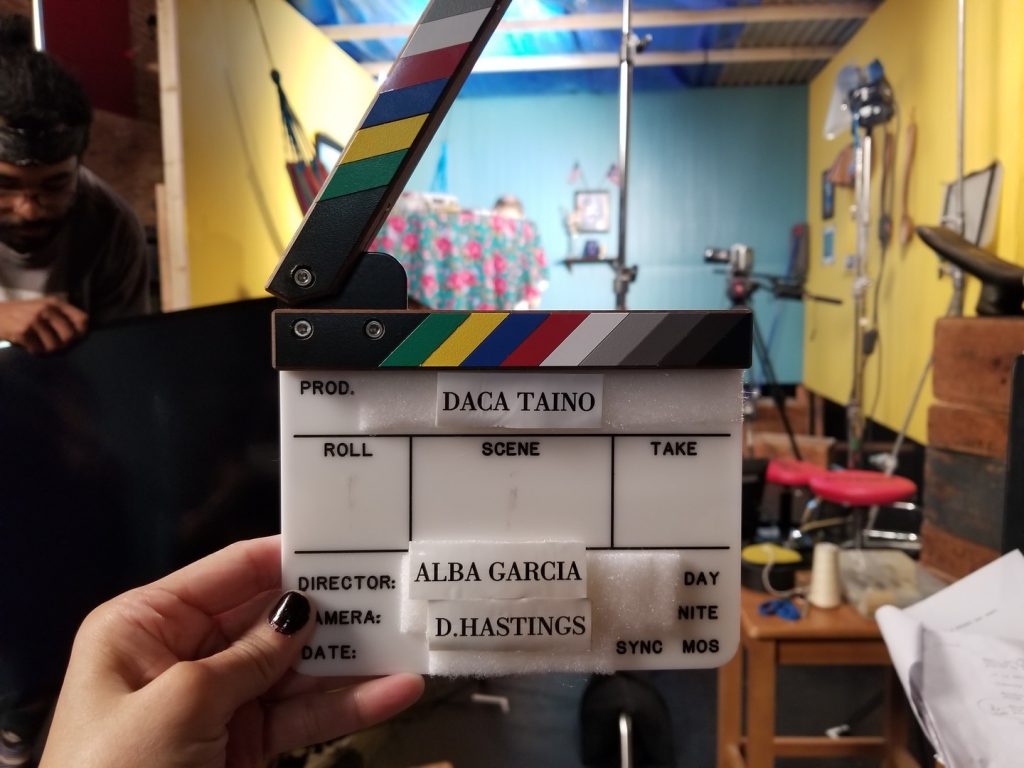 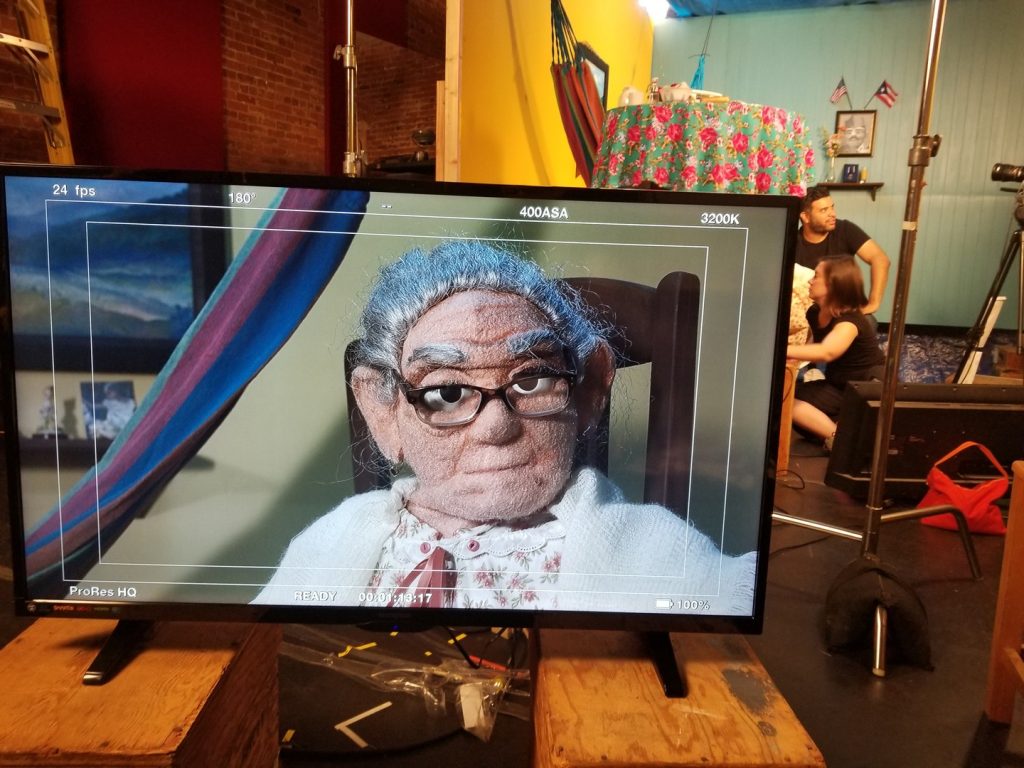 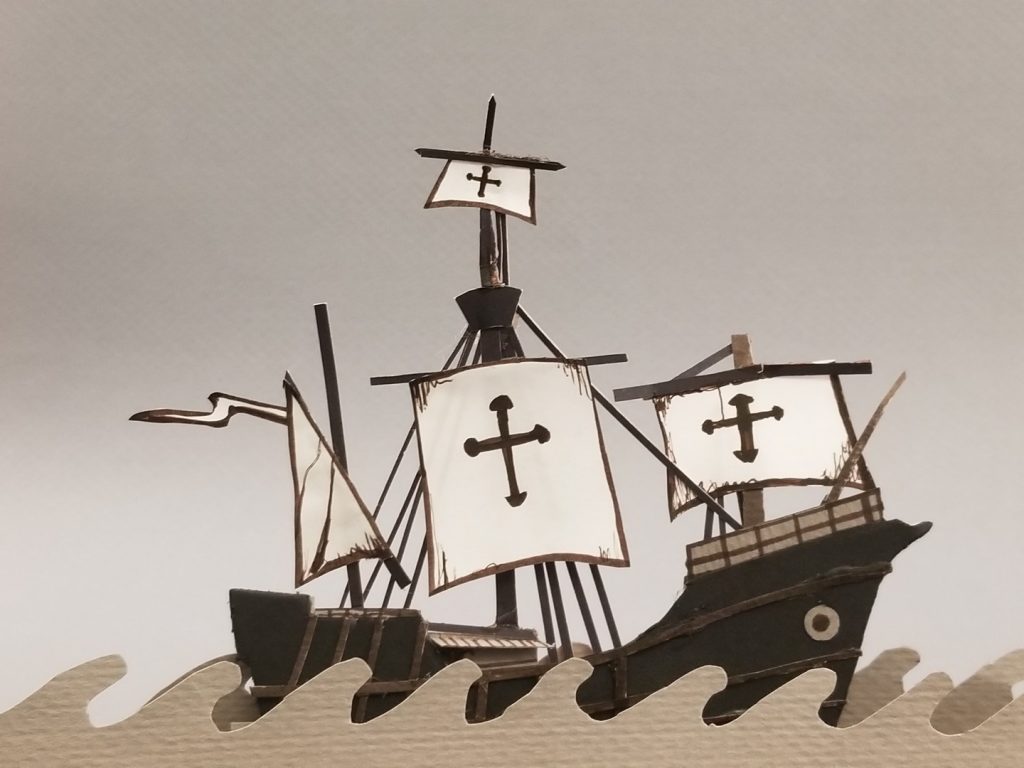 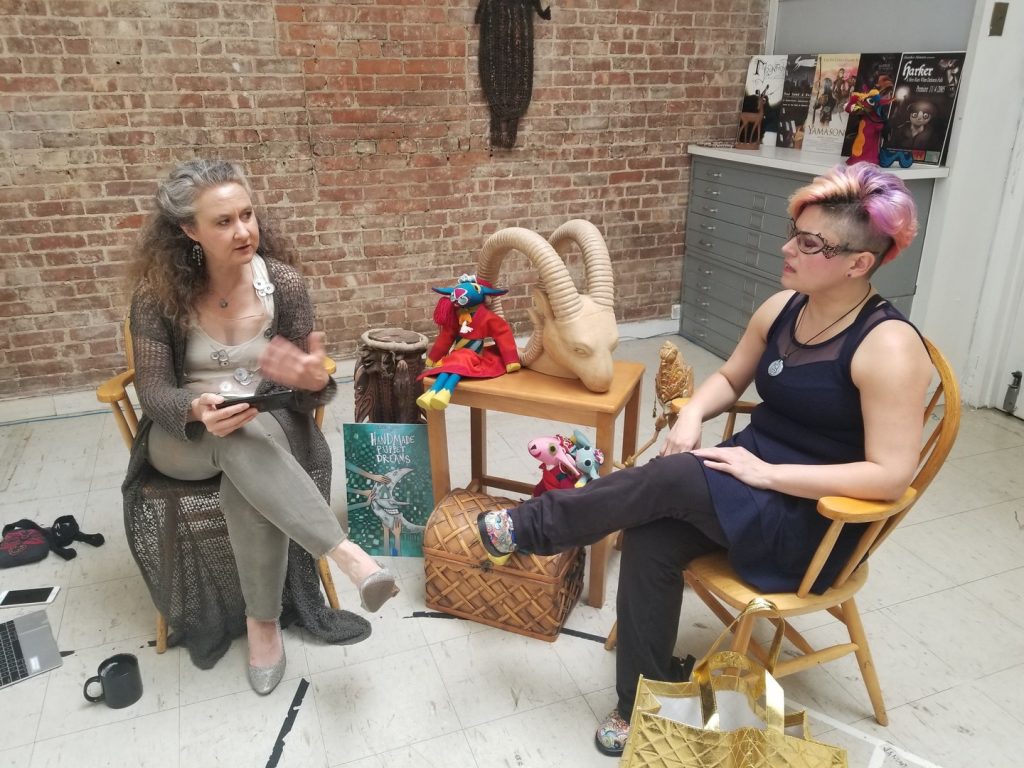 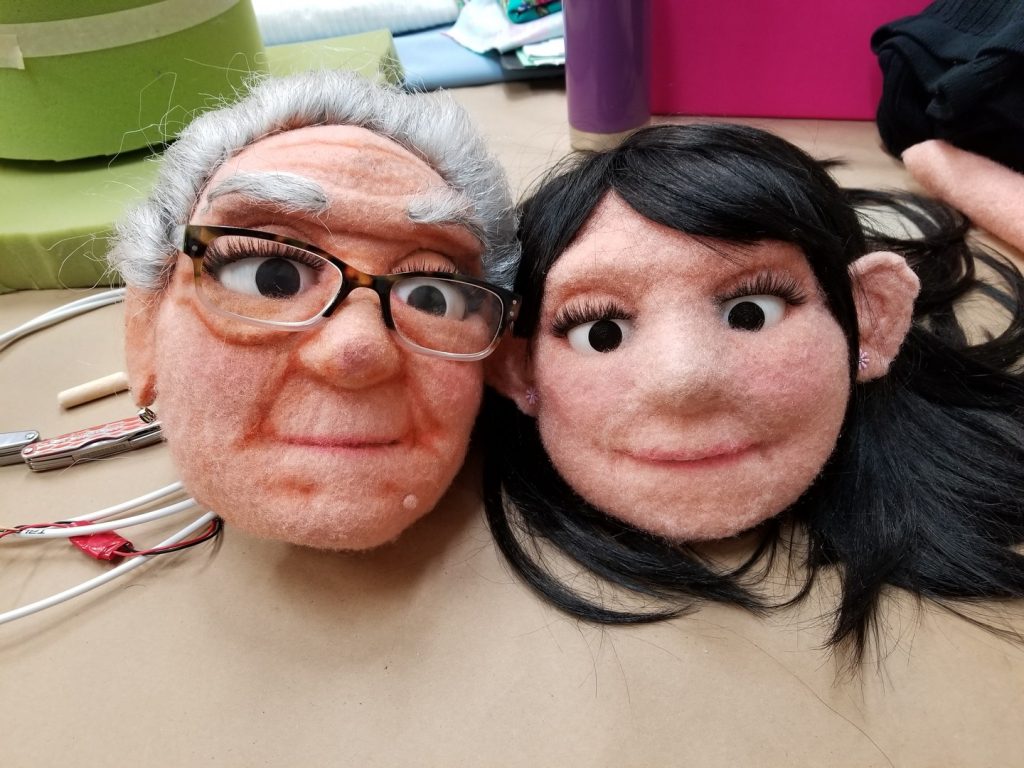 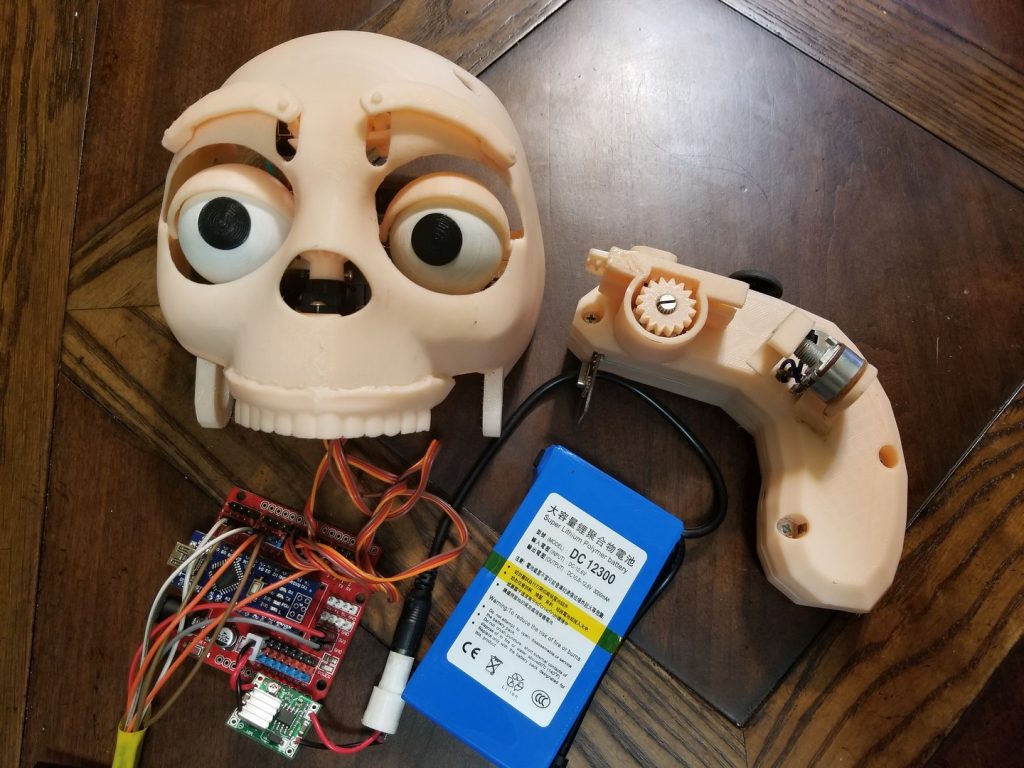