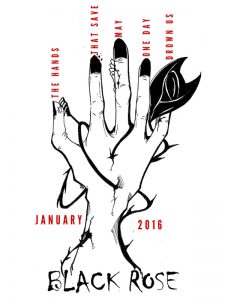 Black Rose is a dark love story, following two characters, Goddess & Thomas. After meeting they cause a major turning point in one another’s lives. Through their passionate obsession, we witness their lives intertwine and subsequently dismantle, reminding us that love can be the darkest, yet most beautiful experience in life. 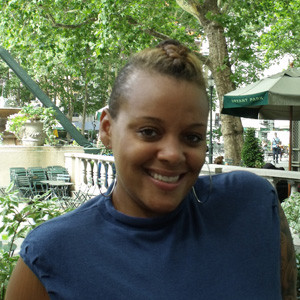 Obsessed with creativity since childhood, Tiasia O’Brien has actively participated in various artistic projects. After attending acting workshops & studying theater during her grade school years, she graduated to attend Adelphi University studying Communications with a focus on Moving Image Production & Ethnic Studies. During this time she began Mad Run Productions, a company dedicated to creative projects aimed at altering the media’s mainstream standards of culture. With the goal to “unplug individuals”, her first project, Khameleon Designs was started in 2006 and continued as a women’s ready-to-wear apparel line for four years. Khameleon Designs was exhibited at various fashions shows at LIU, Adelphi, Hofstra, venues in NYC and Downtown Atlanta Fashion Week.

Additionally, Tiasia O’Brien has used her creative background to operate a marketing firm, MMBC, dedicated to supporting artists & small business owners for seven years. With a background in disability advocacy, creative strategies & marketing, she has worked with non-profit agencies to implement marketing & fundraising initiatives. Her personal experience caring for her brother who is dually diagnosed with a Developmental Disability & Autism introduced her to advocacy at a young age. She has been featured on ABC’s Here & Now with Sandra Bookman, discussing disability advocacy and awareness. Additional professional accolades include being a member of the Museum Access Consortium (MAC) which focuses on accessibility in New York’s largest cultural institutions such as The Met; Association for Legal Administrators Panel Member for National Disabilities Employment Awareness Month; Special Invite to UN’s Enable “International Day of Person with Disabilities” and working with the Office of Disability Employment Policy of the United States to promote Disability Employment Awareness Month.

With Mad Run Projects back in production, Tiasia operates under her psuedonym, Mad Run to pursue film projects and is currently working on her first feature production.

Since my first encounter with the Stendhal syndrome, I dedicated time to researching this psychosomatic disorder. While this syndrome goes by many names, its definition states the same: confusion, faintness and an overwhelming sense of emotion that occurs when one experience great or immense works of art. Scientists and psychologists typically ascribe this disorder with those visiting Florence: a city filled with herculean works of art that can make any human feel like a simple molecule.

Having spent many years doing experimental films that draw on the emotions solely through music and images, my recent goal has been to create a short film that exhibits immense beauty resulting in each viewer experiencing the Stendhal Syndrome. The Stendhal Project will be a trilogy of short films, to be watched as a tri-screen experience.

With Black Rose as the first film in this series, the films will describe the beauty of life and loss through strong visuals, unique storylines and compelling scores. 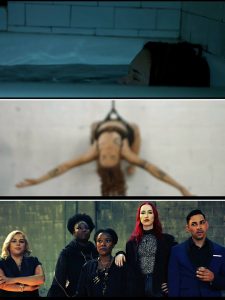