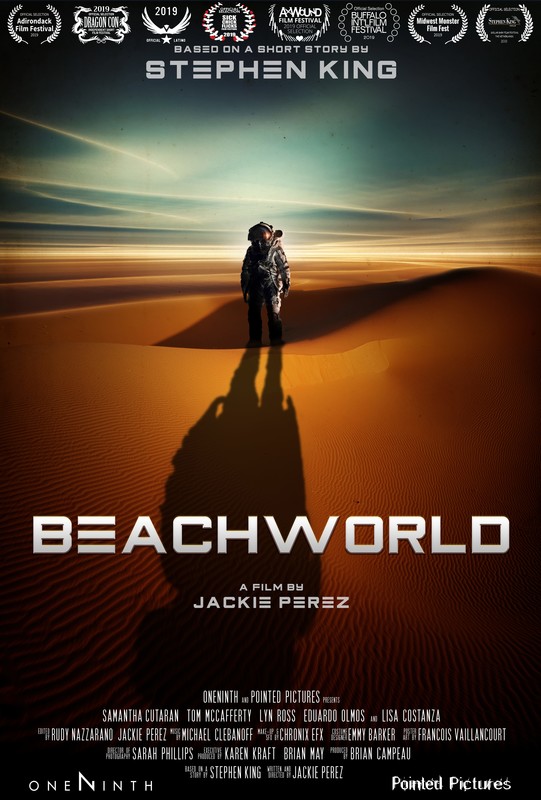 This short is an adaptation of a Stephen King short story by the same name as part of his Dollar Baby program. Lieutenant Shapiro’s ship is destroyed in a crash on a deserted desert planet covered in sand dunes. As she begins to understand the severity of her situation, she sets out to discover other survivors and concoct a rescue plan. Her crewmate Rand is alive, but spellbound by his new surroundings. It’s up to her alone to figure out how to get off that rock and back home. She finds their ship’s beacon, it’s signal answered by a salvage ship and it’s unsavory crew. Ultimately, their rescue comes too late as Shapiro has succumbed to the planet’s siren call as well. The short culminates in a twist that Rand doesn’t exist and Shapiro has been stranded alone this entire time. She violently kills the salvage crew, and walks off into the dunes, choosing Beachworld has her new home. 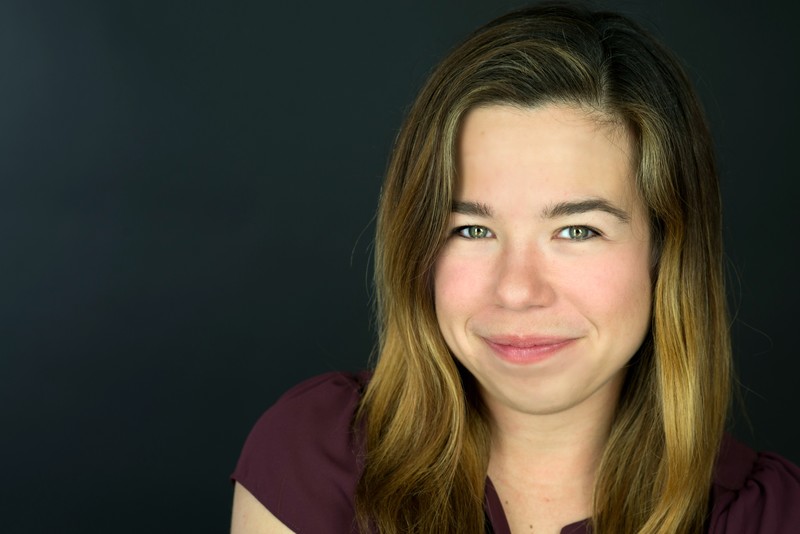 Jackie is an MIT engineer / Naval Officer / award-winning screenwriter. Originally from San Antonio, TX, she grew up around the country as a military brat and watched movies to escape the real world. With her eyes set on MIT, she never once thought of pursuing a career in film until a screening of Hostel and Q&A with Eli Roth who said that film school wasn’t the gateway into the industry, hard work and perseverance was truly the key to success.

She was hooked. People were making movies, why not her?

After writing and shooting several short films the basements of MIT, and five years of active duty Naval service as a Nuclear Surface Warfare Officer, she decided to take a chance and move out to LA to see what was possible.

Internships at Court Five and Heroes and Villains Entertainment taught her the ropes and she soon moved on to executive assistant positions at Creative Artists Agency working for partner Michelle Kydd Lee and Justin Lin’s Perfect Storm Entertainment working for SVP Ben Shields Catlin where she learned the ins and outs of the film and television industry. Participating in the Writers Guild Foundation Veteran Writing Project was a lightning strike, sparking her intense passion for the craft of screenwriting and setting her on a path towards present day.

Jackie graduated from the inaugural class of the Stephens College Masters of Fine Arts in TV and Screenwriting program in May 2017. Her feature horror script U-666 won Best Un-produced Screenplay at Screamfest 2017, she was selected to workshop her thriller script CIVILIZED at the 2017 Stowe Story Labs, and her short military script MY FELLOW AMERICAN was an Official Selection at the 2017 GI Film Festival in Washington D.C. Her short films DRYER LINT (2015) and EXPECTING (2016) have played at film festivals around the country and she founded her genre production company Pointed Pictures because of her love for horror and belief in a more inclusive Hollywood that values diversity in front of and behind the camera.

In addition to writing for the big screen, her articles have been published on The Mary Sue, Ms. In The Biz, and Cut-Throat Women. Her essay on Ida May Park appears in the book “When Women Wrote Hollywood: Essays on Female Screenwriters in the Early Film Industry.” She manages grants for Stowe Story Labs, is the founder of CAA Vets, and is an alum of Hola Mexico Tomorrow’s Filmmakers Today.

Beachworld is her 7th short film. She is workshopping her biopic feature script AMAZING GRACE at the May 2019 Mineral School Screenwriting Residency, and was recently commissioned to write a biography on astronaut Sally Ride for ABC-Clio publishing. She lives with her spouse Jon Paris and rescue pup Maxie.

I am a woman who not only loves watching horror, but also creating it. For me, my love for the macabre started in the womb when my mother read IT, Pet Sematary, and The Stand while she was pregnant with me. I’ve been a fan of Stephen King’s work ever since. Which was why I was thrilled to be part of his universe when I optioned the Dollar Baby rights to Beachworld, a short story from his Skeleton Crew anthology. It wasn’t the easiest story to film, but I wanted to challenge myself with a project larger than anything I’d ever done. All our preparation and hard work paid off and I’m so excited to share this film with you.
In an industry where women make up a dismal percentage of roles in front of and behind the camera, I’m proud to say 60% of our crew consisted of amazing women and we changed several original story elements to have >50% women in the film. As a woman and Navy veteran, it’s important to me to hire women and veterans on my projects. Because of my background as a Naval Officer, my stories explore the choices we make when the shit hits the fan. Because no matter how you train, or what you think you know about yourself, you really don’t know who you’ll become when put to the test.
This film explores what happens when a woman gets stranded on a deserted planet. It took me a long time to crack how to adapt this story. I couldn’t tell it exactly as written due to our limited budget, but our constraints forced me into creative choices. When I decided to make the main character into a woman, everything fell into place. It’s a sci-fi story, but I had to put my horror stamp on it and add some blood. Jason Blum said “There are not a lot of female directors period, and even less who are inclined to do horror.” He was dead wrong. I’m doing it, I love doing it, and I’m not going anywhere. 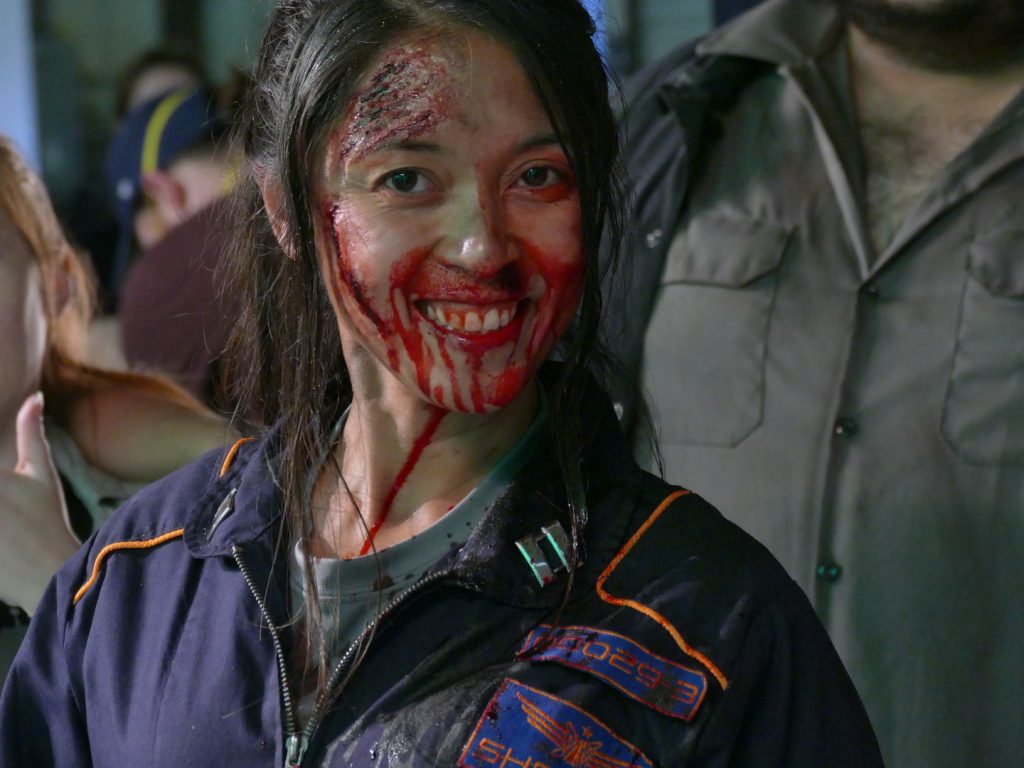 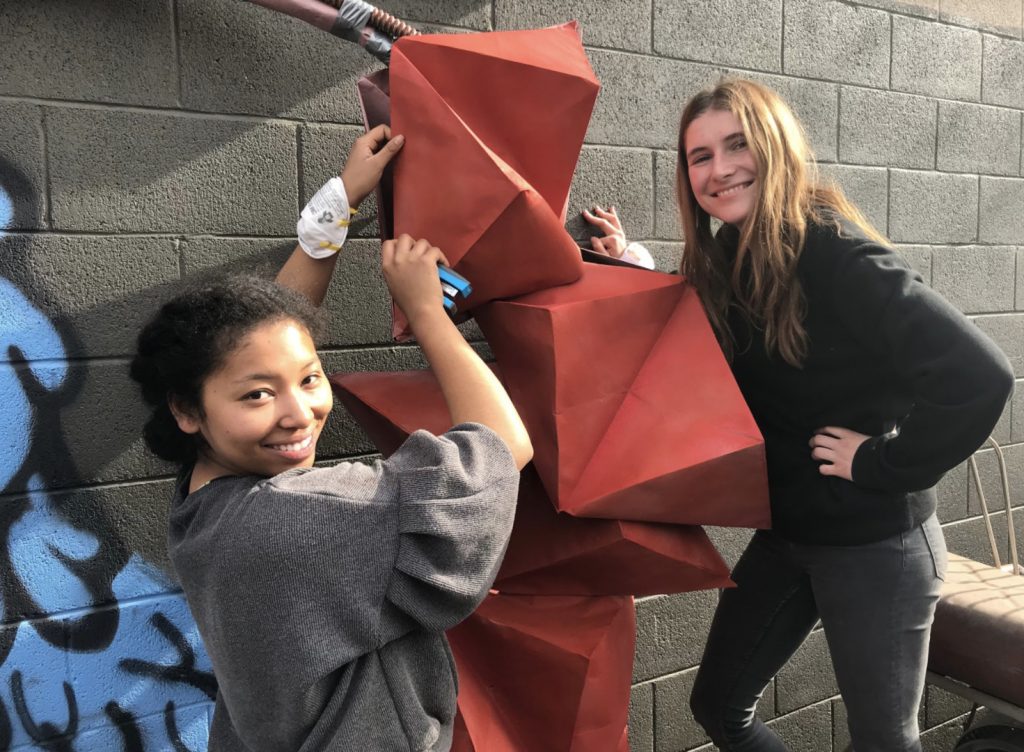 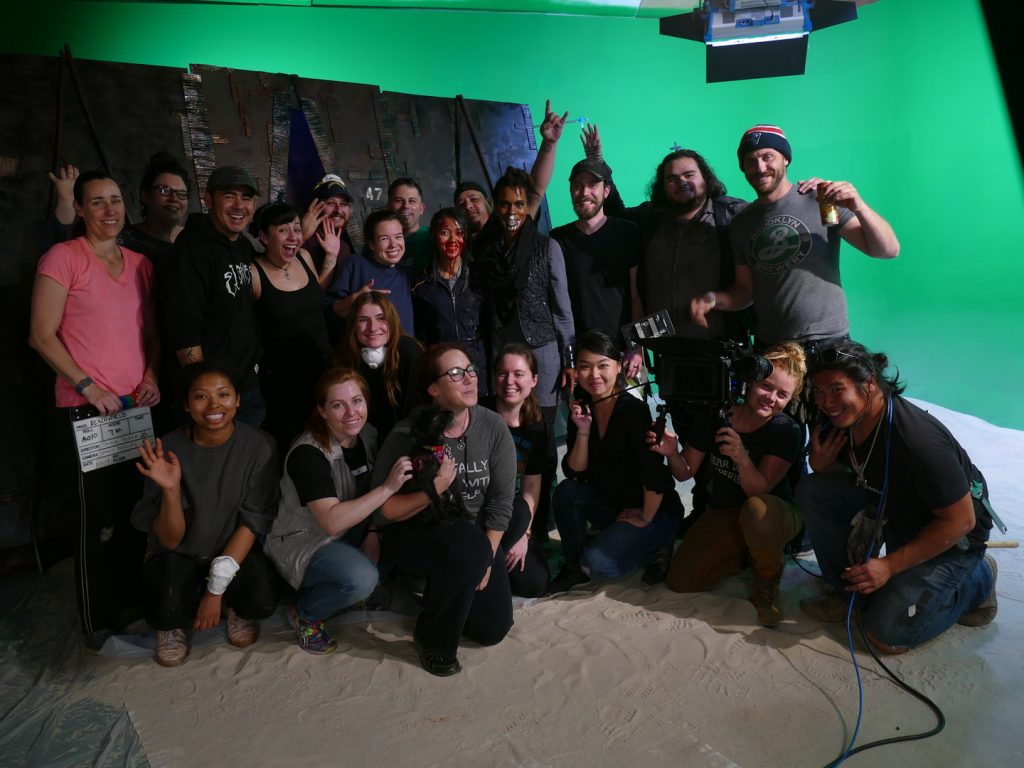 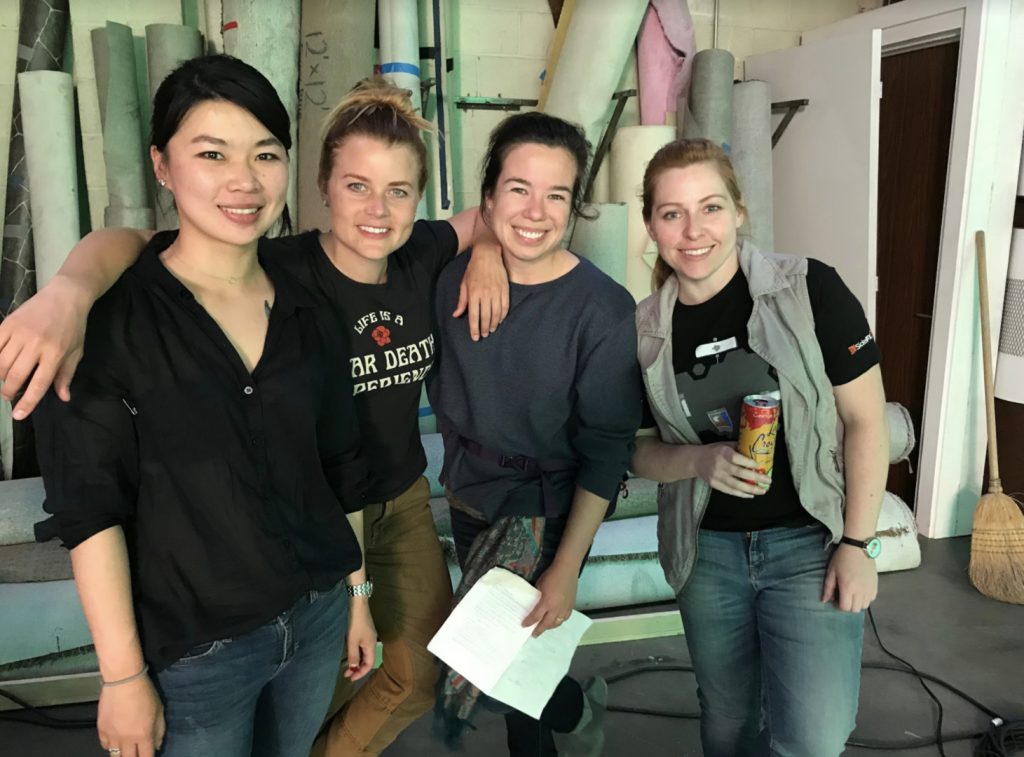 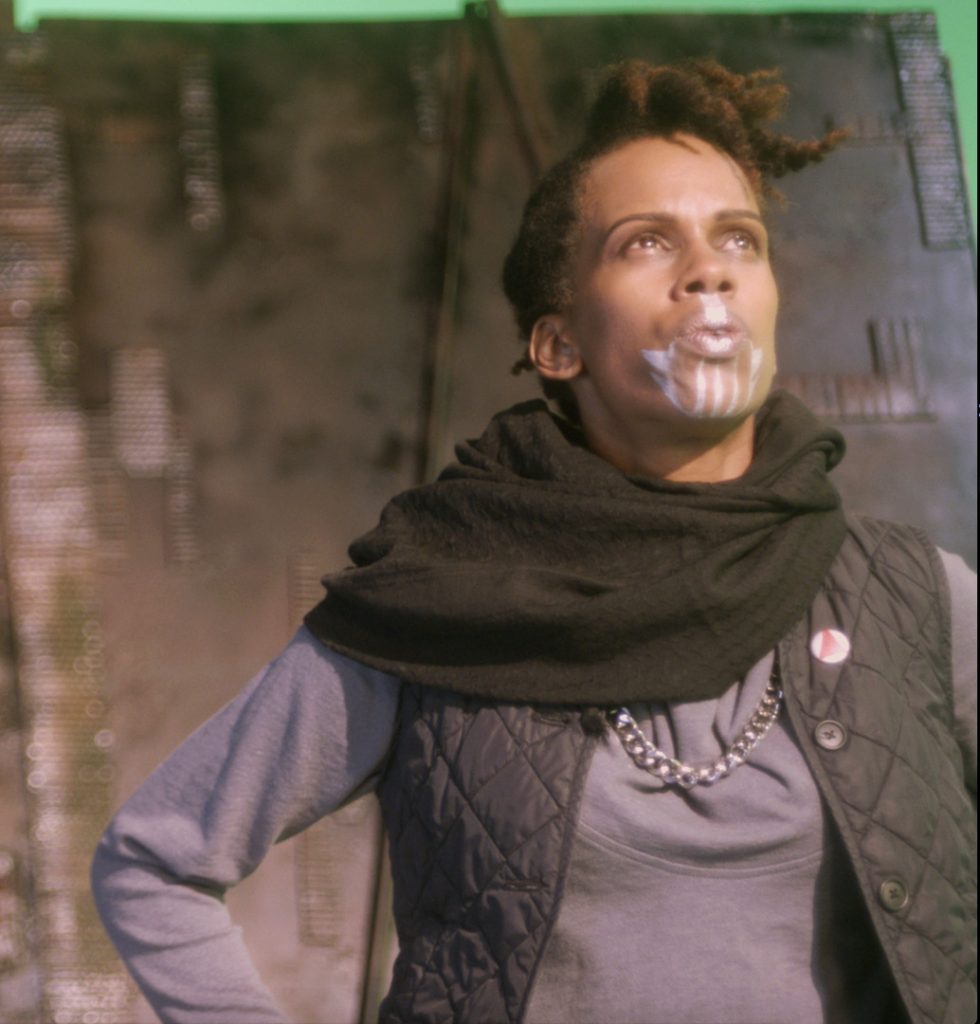 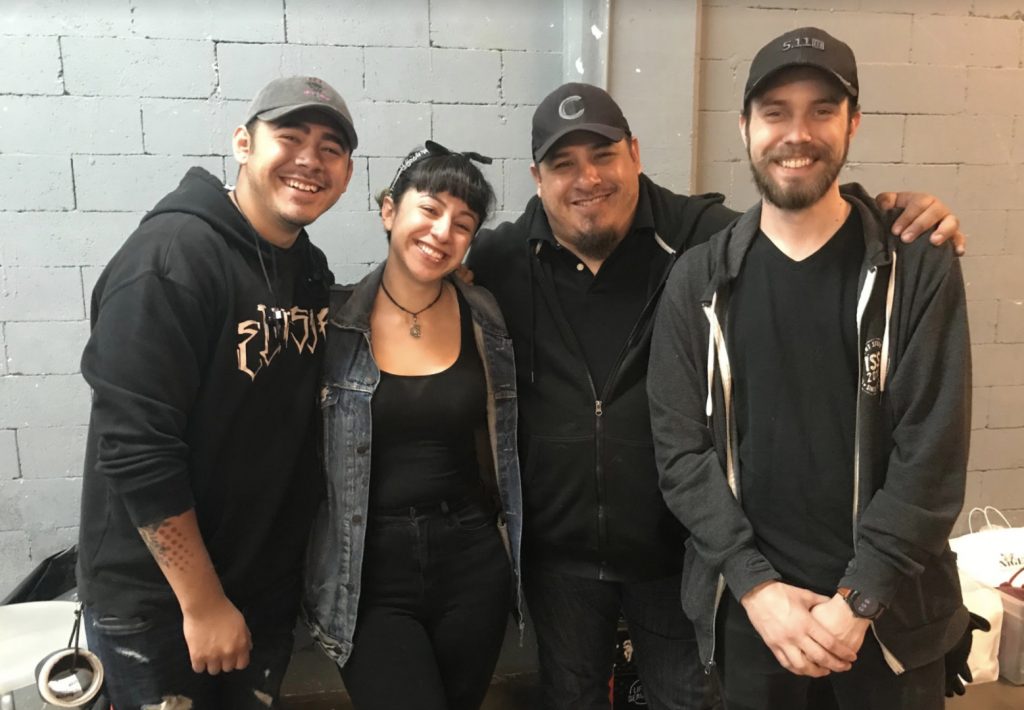 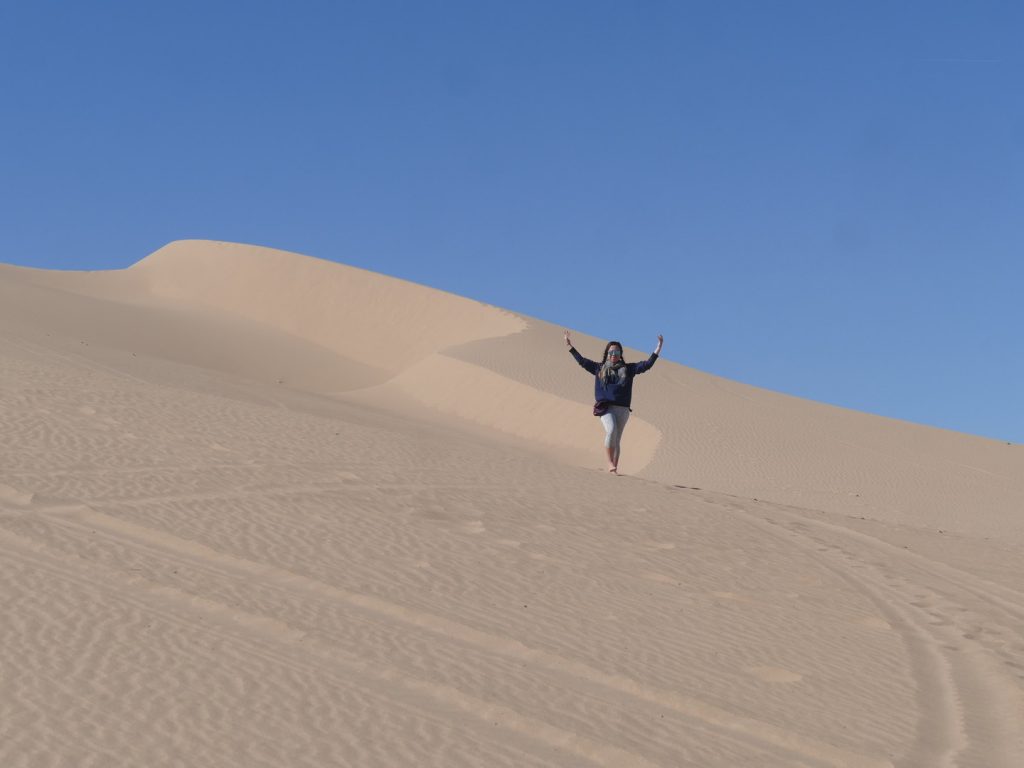 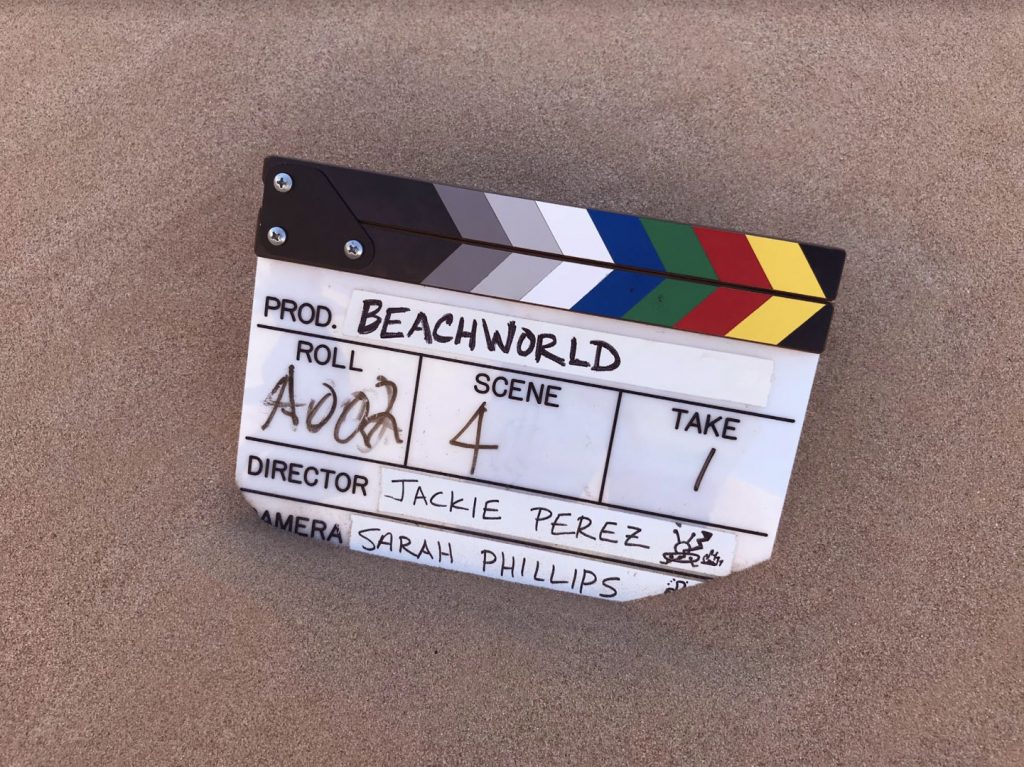 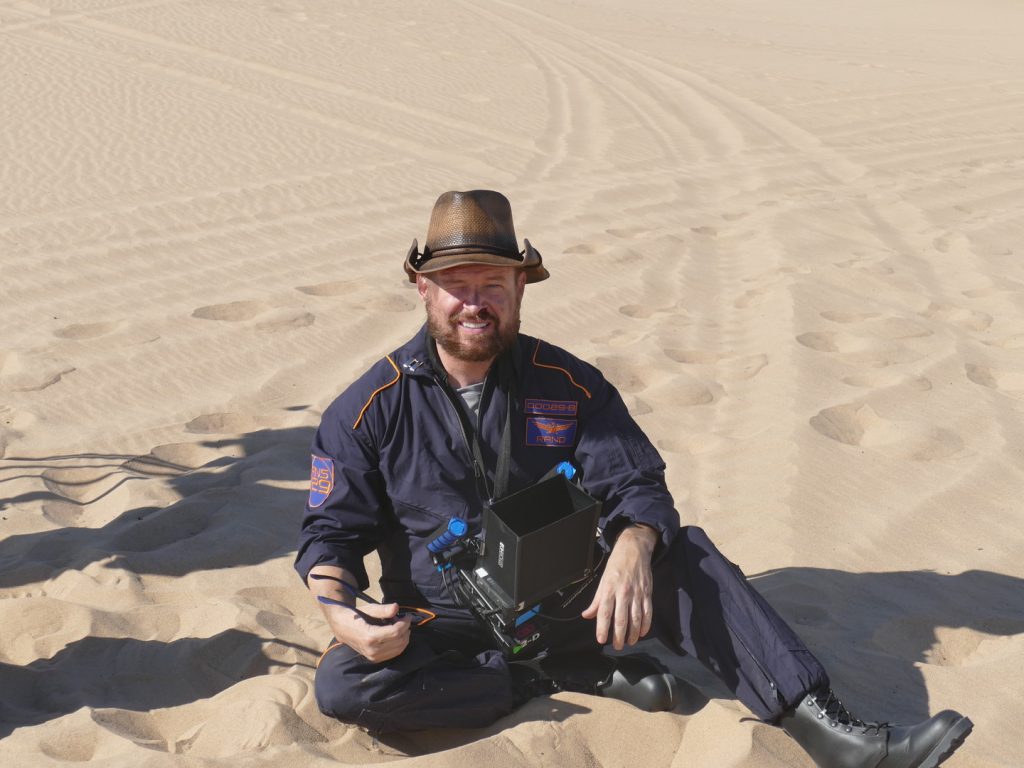 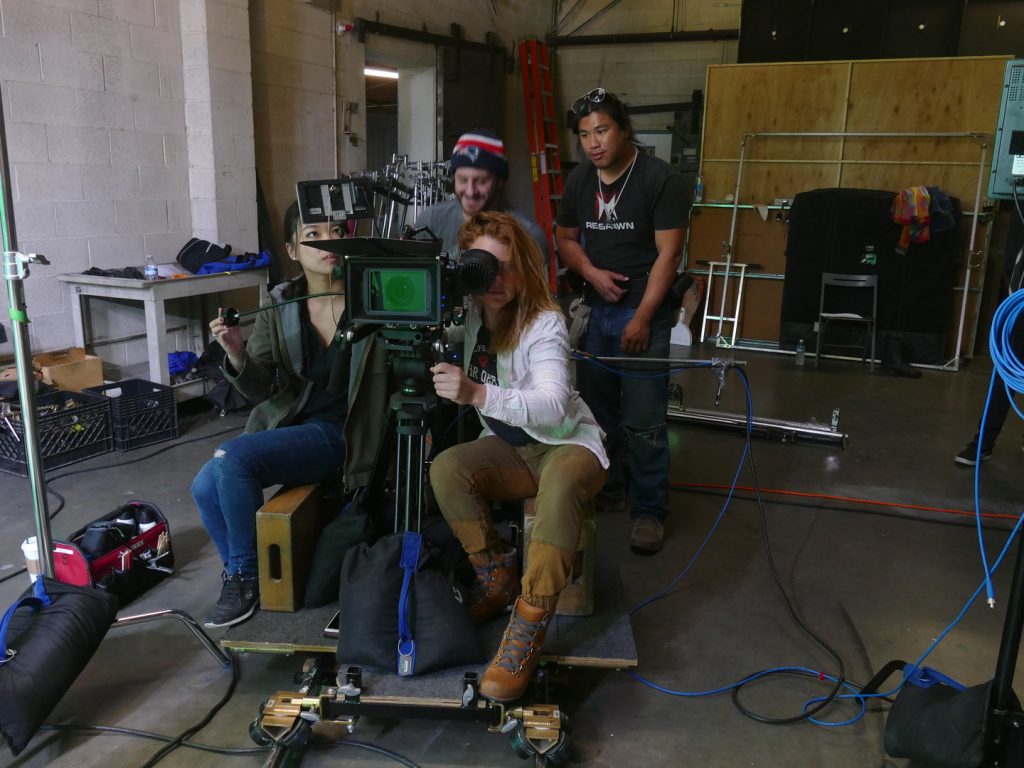