Synopsis
Antonia has lived all of her life tormented. Suffering from social anxiety and depression has not been easy, especially due to social rejection and lack of empathy. But nothing she’s ever experienced can compare to the pain of living with the consequences of a devastating accident that changed her life. 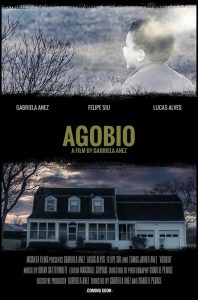 Maria Gabriela “Gaby” Anez is an American-Venezuelan screenwriter, director, producer & actress. She grew up in Maracaibo, Venezuela and attended Bellas Artes (Beautiful Arts), a private art-focused school that represented the perfect compromise between her early passion for the performing arts and her mother’s desire for her to have a strong scholastic foundation. She participated in various artistic activities and was a core member of the school’s theater group. She moved to Mexico City with her mother and lived there for three years, continuing to perform in theater plays and school shows. Back in Venezuela, she started writing poems and short stories in Spanish at a very early age, and by the time she was twelve years-old she wrote her first play titled “La maldición de los Jefferson” (The Jefferson’s curse), one that she later produced and directed to be premiered at the school’s annual show. In 1998 she graduated from the University Rafael Urdaneta (URU) with an Industrial Psychology degree and started a career in the Oil & Gas industry, but continued to write poems and stories through the years. In 2001 she enrolled in the MBA program at the University Dr. Rafael Belloso Chacin (URBE) and moved to Tulsa, Oklahoma in 2003 when she was offered a new assignment by her Oil & Gas employer. In 2006 she was cast in her first English speaking role at the University of Texas in Austin for an original play titled “Ashes, Ashes” to be premiered at the Cohen New Works festival that year. Inspired by this experience she decided to start writing screenplays in the English language and has placed as quarter-finalist and semi-finalist in various International screenwriting competitions. To date, she has written a total of eight feature length screenplays and five shorts, and has produced, directed and performed in various film projects since 2015. 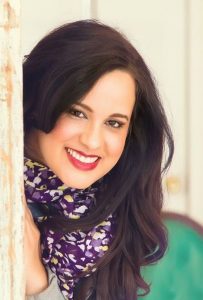 Check The Trailer Out!!