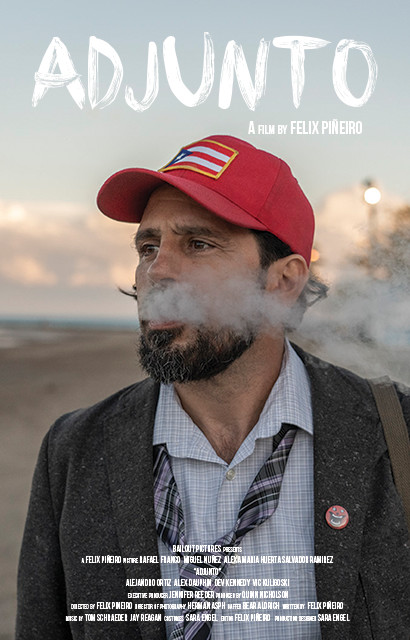 Benito is a struggling artist and heroin addict in recovery. Hurricane Maria has just struck his homeland of Puerto Rico. All the phone lines are down making it impossible to contact his family. His mentor, Julian offers him a job as an adjunct professor. The only problem is that Benito’s greatest fear is public speaking. 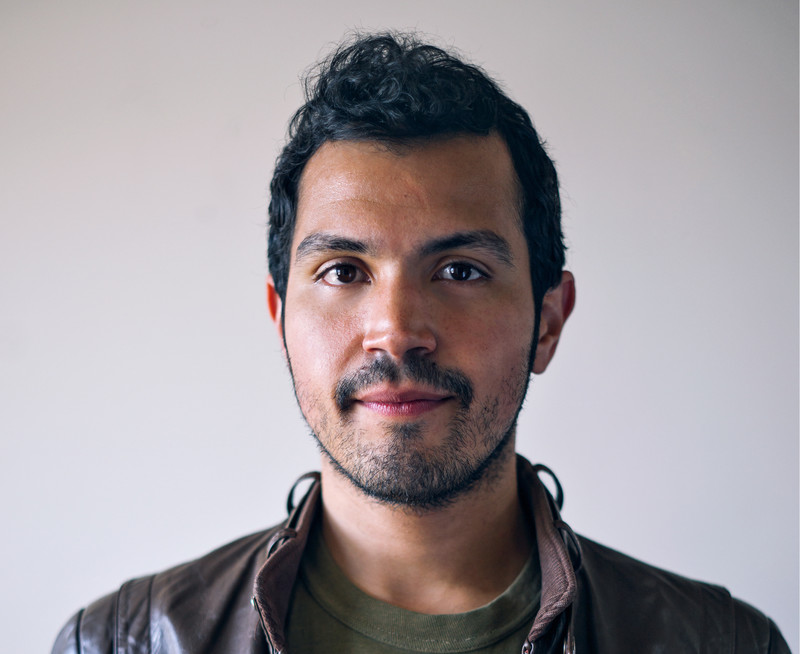 Felix Piñeiro is two-time DCASE Grant recipient and Finalist for the 2018 Chicago Filmmaker in Residence Award. He studied Film Production and Communications at Loyola University Chicago then went on to earn his MFA in Film Directing from EICAR: The International Film School of Paris in France.

His latest project is a short film entitled ADJUNTO about a struggling artist from Puerto Rico who ventured to Chicago to get clean and start over. It marks his first primarily Spanish language project. The project is produced by Quinn Nicholson (Knives & Skin, I Used To Go Here, Signature Move) with Executive Producer, Jennifer Reeder (Knives & Skin, Signature Move, Crystal Lake).

His last directorial effort was a narrative based music video for the band Local H entitled INNOCENTS featuring Michael Shannon. To date, INNOCENTS has won 4 Best Music Video Awards and has screened at a multitude of festivals including Atlanta Film Festival and Beverly Hills Film Festival. His last two shorts, “I Am Not Broken” (Chicago International Film Festival, Beverly Hills) and “Cycles” and screened at over 15 film festivals worldwide.

ADJUNTO began with the desire to make a film relevant to my Puerto Rican background. It is a collaboration between myself and the multi-faceted artist, Rafael Franco who hails from the island. Rafa is a former long time functioning heroin addict. Once clean, he pursued an acting career. I lost a half brother to heroin addiction leading to AIDS when I was young. We connected right away.

This project is important because it’s about time we talk about the toxic relationship between the United States and Puerto Rico. It’s time to break the cycle.

As one who has suffered from crippling anxiety, I can speak to the vicious cycle of abusing substances to ease anxiety. Additionally, I’ve been able to work in the academic sphere and I have a fair share of criticisms that all align with the film’s thematics. Every detail was very intentional and thought out.

John Sayles is my film hero in writing and directing. I aspire to be a narrative filmmaker that focuses on socially conscious pictures not unlike Bong Joon-Ho. This film is connected to a television series concept about those who attend the Otra Vida halfway house featured in the film.

In terms of style, I love raw and authentic. The way the camera moves and how the picture cuts is meant to emulate the state of the character and how his thoughts and actions align during the time and space of the film.

I hope we can bring awareness, not only to the opioid crisis, but also create empathy for those that suffer. We don’t often think about the concept of a “functioning” heroin addict who goes to work and tries to get by just like everyone else. We can learn about the process to recovery; that is often rather messy. Quitting cold turkey is much less likely than a few cycles of recovery and relapse until fully being clean.

The film is meant to bring attention to the United States’ relationship with Puerto Rico. The theme of addiction and empire are sewn in for those who seek it. Hurricane Maria only brought to light many of the issues that have already existed for over the last 100 years and many Puerto Ricans are painfully aware of.

ADJUNTO is the beginning of many projects that will aspire to tell the story of the Puerto Rican diaspora. With this one, we are laying the groundwork.