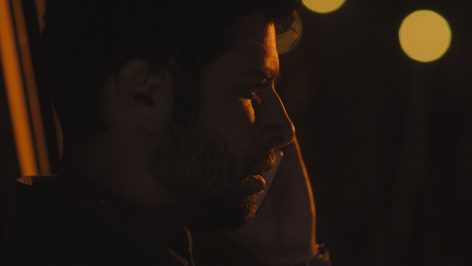 At his father’s request, a young man returns home after several years to make peace with the man he vowed never to see again.
400 MILES is a story of forgiveness. Raul, a young man, gets word that his father—with whom he’s had an estranged relationship for years—is on his deathbed. Reluctantly, Raul makes the long journey home. Along the way, Raul reminisces of the events that both shaped and defined his relationship with his father. 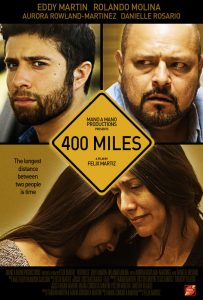 Award winning filmmaker Felix Martiz was born in Los Angeles to immigrant parents. The first child of an Ecuadorian father and a Mexican mother, his cultural palette is vast. Raised in a household filled with uncles from both nationalities, he identifies with both cultures equally.
In film school, he suddenly had the power to write and direct the type of films that he feels are under-represented in the country. The lack of diversity in student films inspired him to embrace who he was and where he came from. There was a sudden urgency to make the kind of films that his family and Spanish speaking audiences could see and feel included in. His Thesis Film, ‘La Paz’ was screened nation wide on PBS and the film went on to win the Cal Arts Rosebud Award for best Student Short Film. “I found a lot of pride and satisfaction in telling stories in my native language, that represented my cultural sensibilities.”
After graduating from CSULB he wrote and directed a ‘no-budget indie’ film ‘Santiago’. This film was well received in many Festivals around the country and internationally, including the Chicago Latino Film Festival where it sold out the theater and validated his belief that audiences want to see more Latin Films. His next short film ‘Amor Imposible’ premiered at LA ShortsFest and can currently be seen on Youtube as part of the PBS Shorts Showcase. His last short film ‘El Altar de Soledad’ will premiere at The Official Latino Short Film Festival in NYC. He has wrapped another short film which he directed, ‘400Miles,’ and is in pre-production for ‘Mia,’ a short he will be filming in October. Felix continues to make films with the Latino perspective. 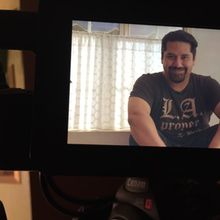 “There is a lot of great Latin talent out there, I have worked with great actors and am happy to work on projects that give them an outlet to shine. I’ve been told that making Spanish language films, especially in the short film format, limits my exposure in the industry. Luckily, there are festivals where I get to share my art with an audience that appreciates the films that I make.”