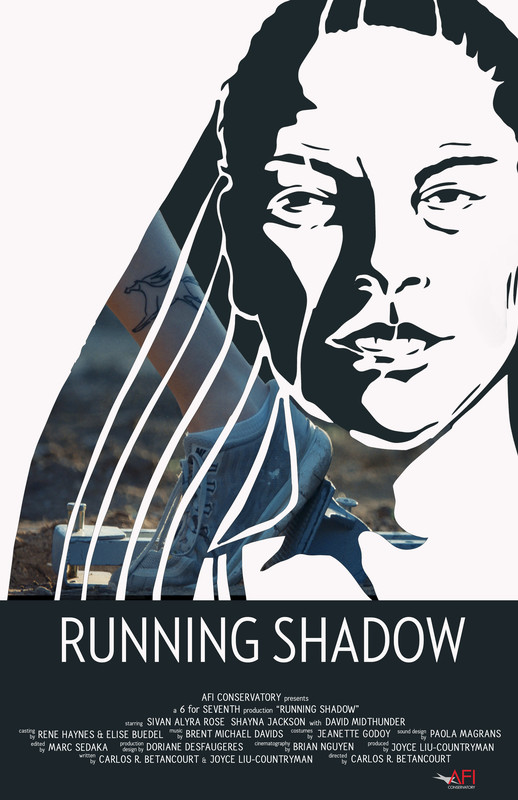 A young Lakota woman dreams of running competitively outside the Reservation, but with broken shoes and no real track to practice on, her chances seem slim. Even with the best shoes, she’s haunted by the guilt that she couldn’t run fast enough to save her sister from suicide. Those traumatic memories stop her from running fast enough on any track. When her coach father surprises her with a chance to compete off the Rez, her fears become unbearable. Only by revisiting her trauma and standing up to her father can she find the strength to run on her own terms.

Carlos Rafael Betancourt was born and raised in Cuba, where he studied Film at the University of Arts. After winning the Central American funding contest CINERGIA, his short film LA ISLA DE CORCHO was selected by film festivals in Cuba and the U.S., including the New York City International Film Festival and the IFQ Festival in Los Angeles, where it was awarded Best Short Film. He moved to LA in 2012 and studied screenwriting in the UCLA Extension Writers’ Program. He graduated with an MFA in from the American Film Institute Conservatory and is the first alumnus to hail from Cuba.

When I started making films in Cuba, I always explored the traditions, culture and struggles of my people. Magical Realism and Social Commentary were organically woven into my films, as they were a part of the underbelly in my reality. When I moved to the United States I didn’t want to change and start telling stories about “First World people problems.” Rather, I wanted to continue to explore and discover emotional connections to the stories and the disenfranchised people of this side of the world.

As a Cuban filmmaker I find many similarities between my culture and the Native American community in the United States. Historical trauma, alcoholism, suicide and the struggle to survive on a daily basis contrast with their strong connection to nature and deep culture. These elements similarly surrounded me when I was growing up.

The sense of insularity inside Cuba is strikingly similar to that on a Reservation, despite one being an island and the other just a bus ticket away from “mainstream” America. But taking that bus off the Rez is as hard–emotionally, economically and psychologically–as crossing an ocean.

The Native worldview and way of telling stories is very similar to the Latin American sense of Magical Realism, my strongest influence and inspiration to become a filmmaker in the first place. In both cultures we embrace the curiosity for the unknown, the ideal of being in the moment, enjoying feelings and things we cannot totally explain, and rejecting the need to conquer, dominate and make sense of everything.

RUNNING SHADOW is an exploration of those strong, intangible emotional ties in a singular story about a young woman trying to make it out off the Reservation as a competitive runner. Like Jemma, I also had a dream beyond what my community was able to offer. I felt trapped and wanted to escape the past, the traditions of my family and my own ghosts. I, too, deeply understood Jemma’s estrangement from her father through my own experiences.

The film narrates over a course of a day a lesson that actually took me awhile to understand. I realized that I had been selfish and I came to accept my family as they are. I’ve tried to cultivate my traditions, embrace my past, and face my ghosts. Like in the film, the ghosts will never go away, but I have to learn how to live with them. I chose to end the film with an open door for Jemma: maybe she does leave the Rez–like I did–or maybe she stays with her father. No matter what, she’ll always bring “home” with her. 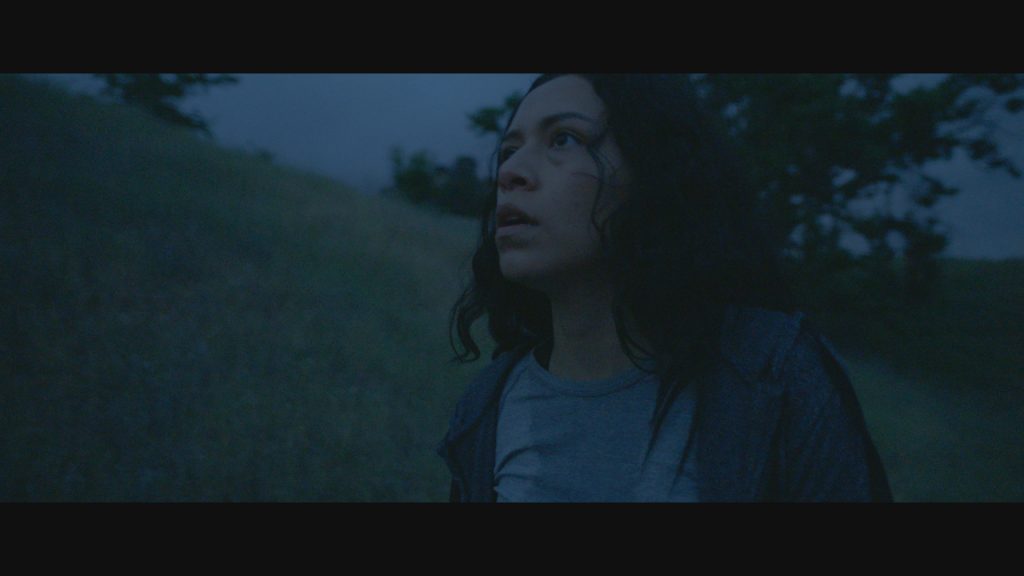 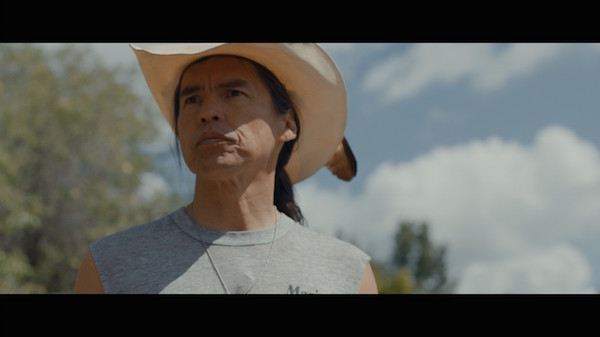 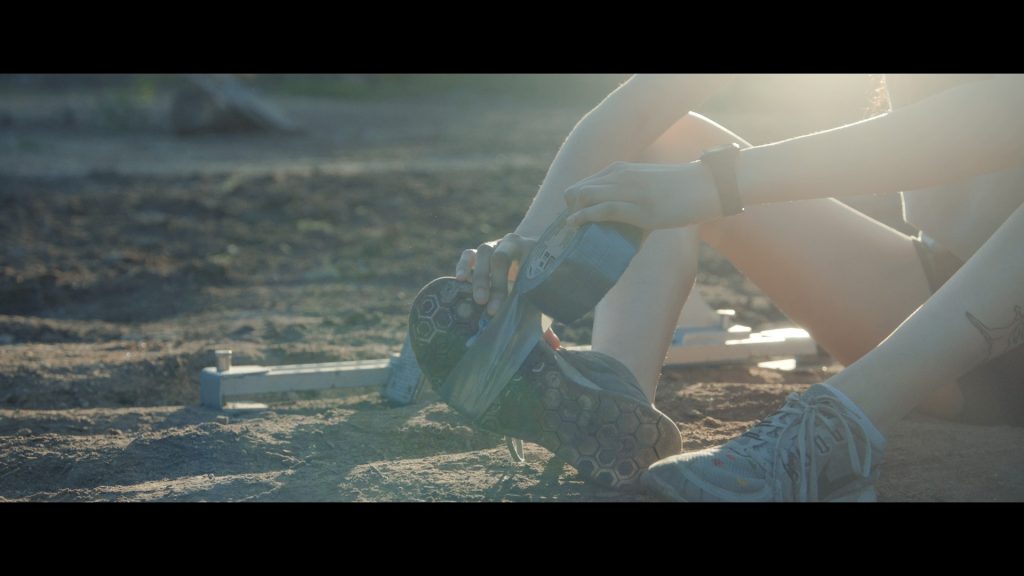 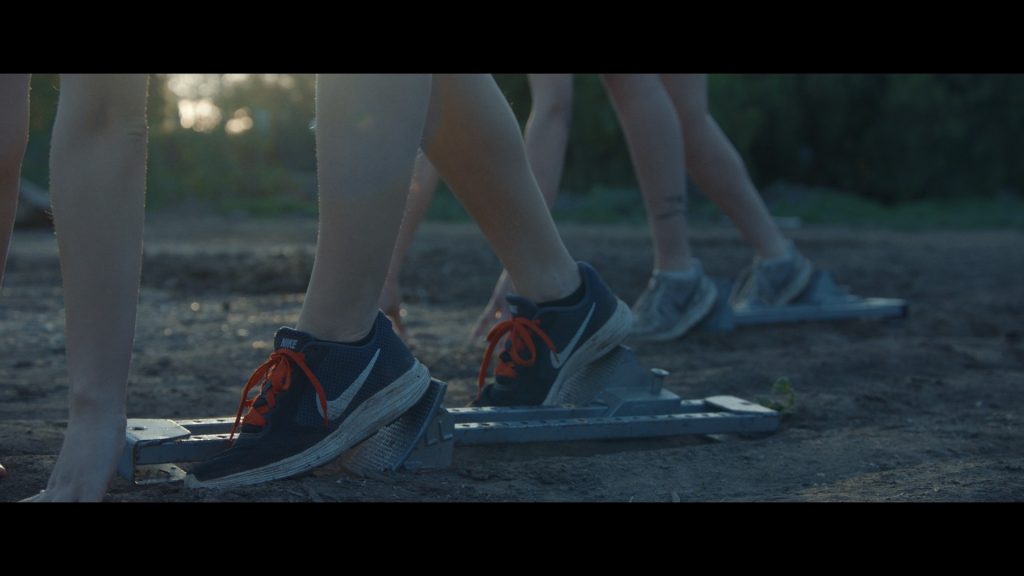 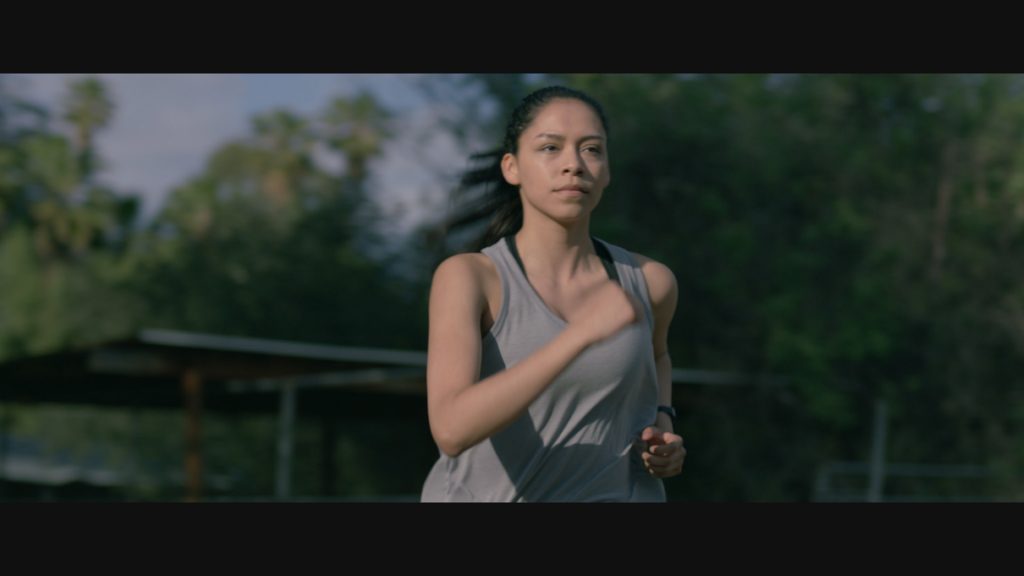 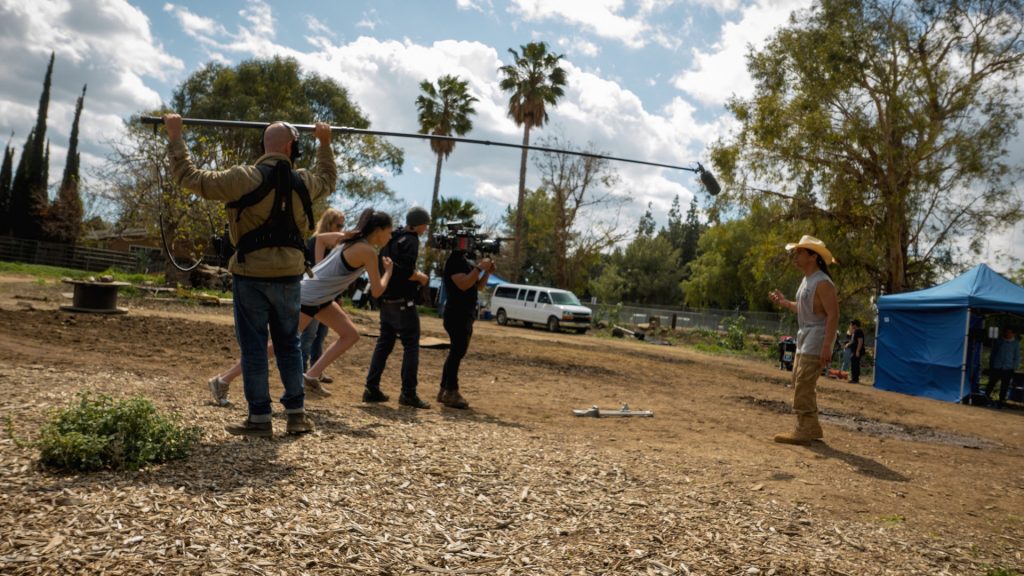 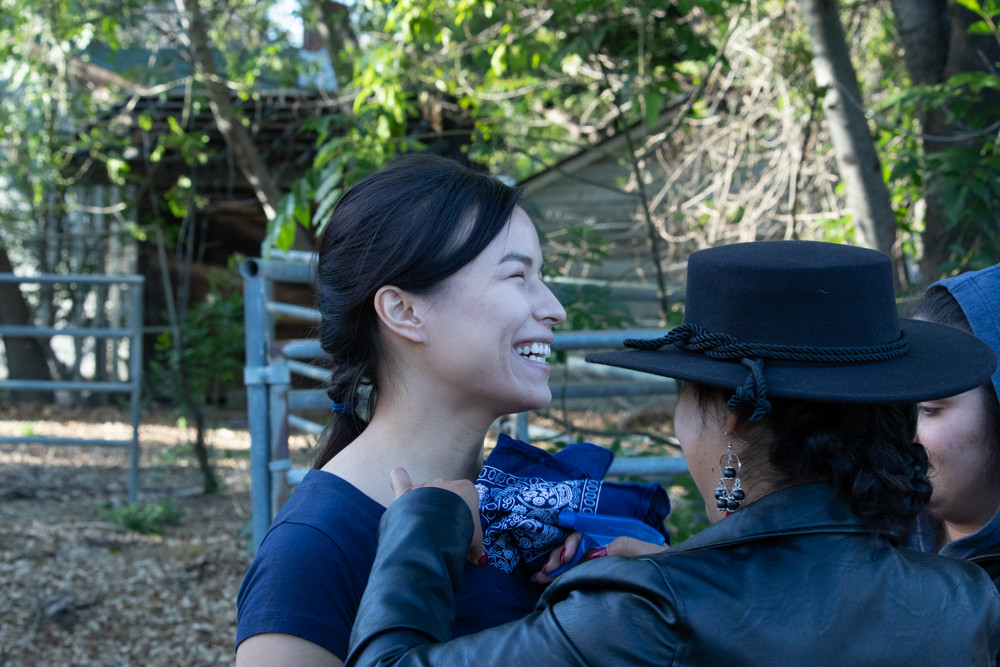 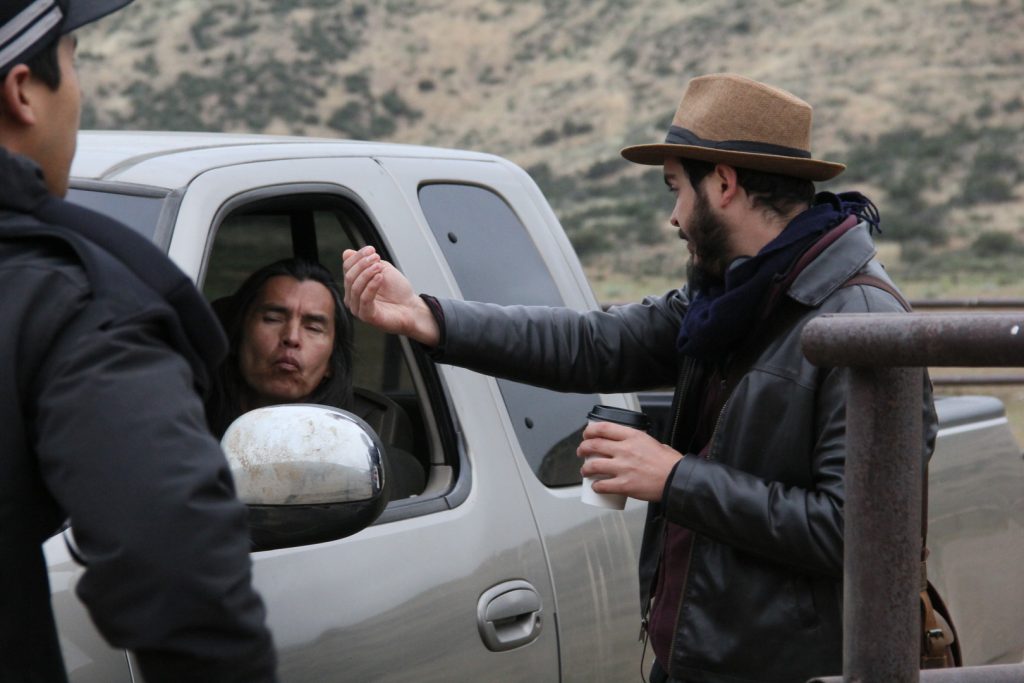 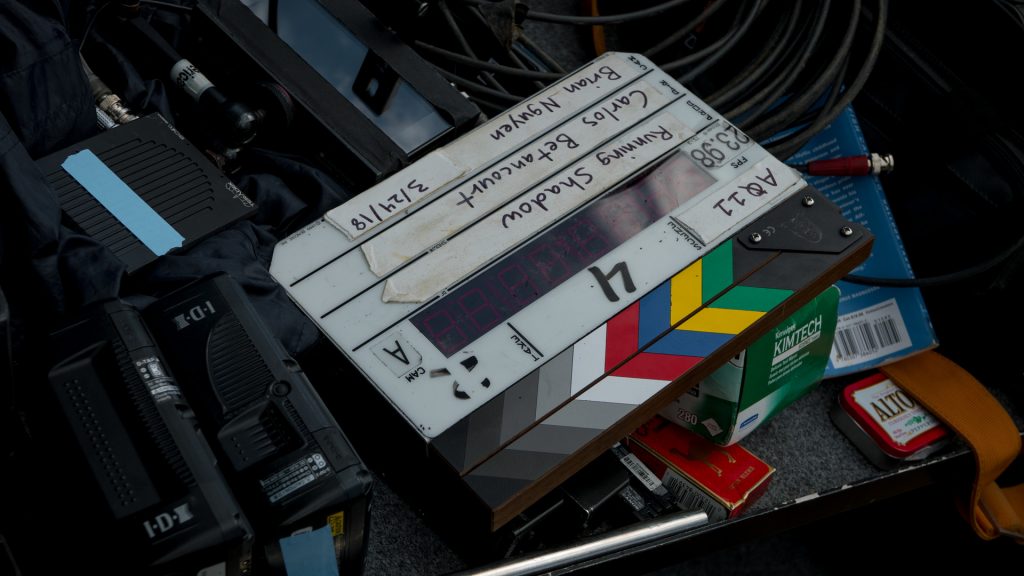