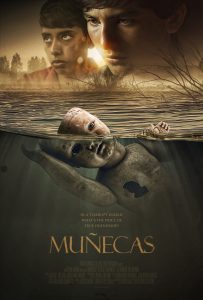 Teenagers Pablo and Ray are best friends, despite living on opposite sides of the US/Mexican border. Both were born into a life of drug smuggling and are now the two sides of weekly transactions. Inevitably, a deal goes wrong and Pablo must face the horrors of the melting pot culture that rejects who he is.

Director Biography
Osvaldo Ozuna is an aspiring filmmaker studying at Santa Monica College. He was born in Ensenada, Baja California, Mexico and at age 10 his family made the difficult decision to immigrate to the United States due to the lack of financial and educational opportunities. In 2003 his family arrived in Southern California and began the pursuit of the American dream. Amidst the hardships of being an undocumented immigrant, Osvaldo pursued his passion for music and the arts throughout middle school and high school. After studying music for two years at Santa Monica College, Osvaldo decided to switch his focus to film and continue expanding his understanding on how to use art as a form to convey a story.

While studying film at SMC, Osvaldo wrote the script for his first short film, MUÑECAS (SMC short film #7), and was selected for production by the school under the guidance  and supervision of the head of the film program, Prof. Salvador Carrasco. Through his working relationship with Prof. Carrasco, Osvaldo was able to intern at one of the industry’s leading production companies, Village Roadshow Pictures, and is currently hired as a writer by SIBA Media for a feature film.