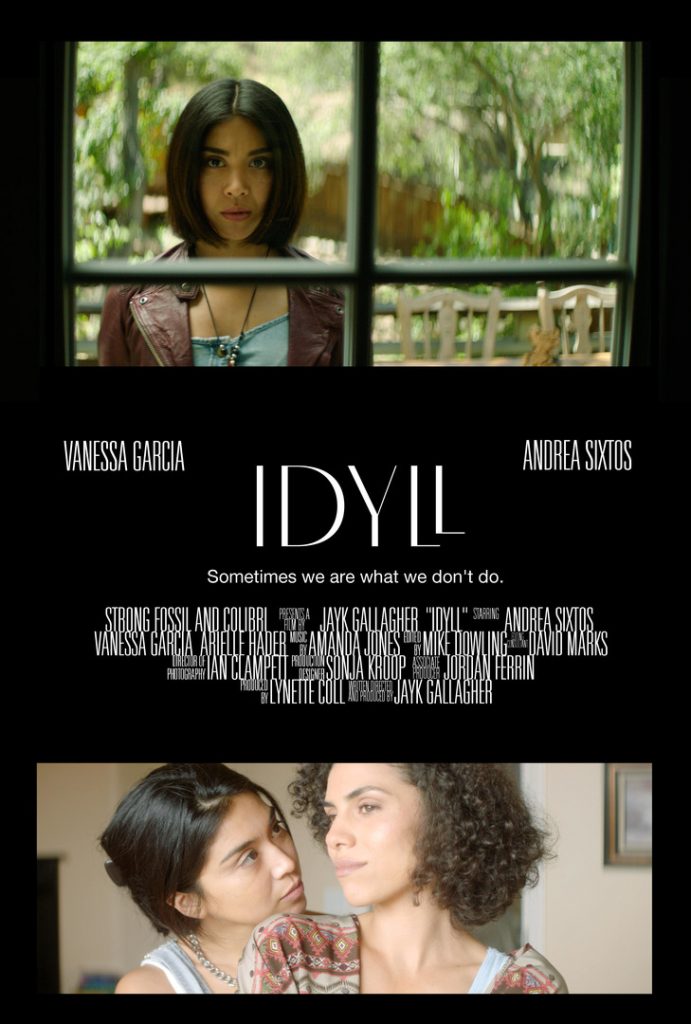 ‘Four years after a violent argument, Petunia, a young woman recovering from mental health and memory issues, struggles to find the best way to make amends to her ex-fiancé Vera.’ 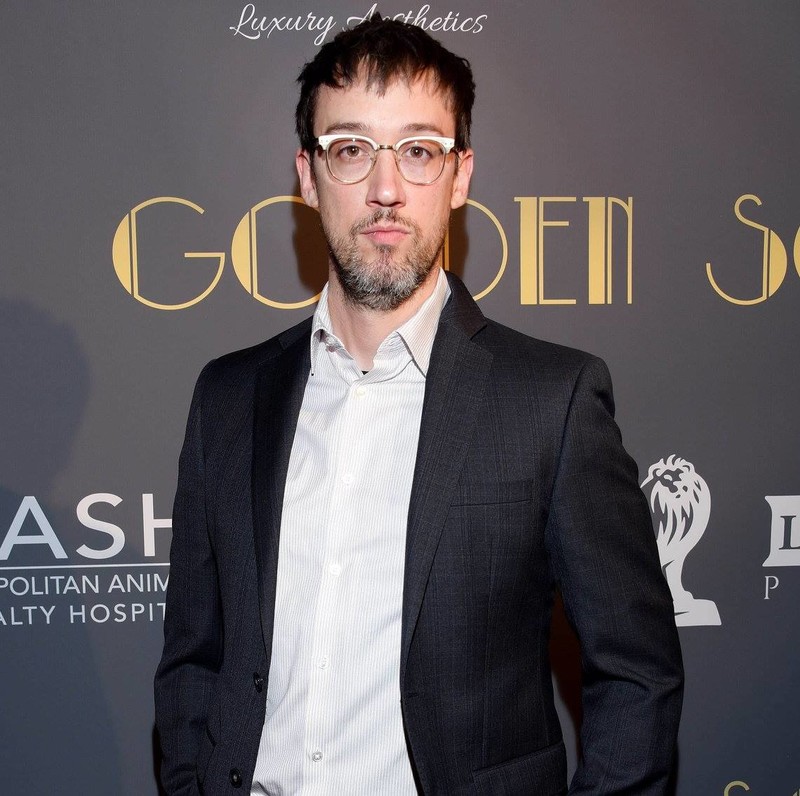 2nd Round Pick for 2018 Sundance Screenwriters Lab and Sloan Commissioning Grant, Jayk Gallagher graduated Emerson College 2004 and moved to L.A. where he wrote, produced and directed episodic series for Fremantle Media, Current TV, and Sun Microsystems, plus music videos called “a kick to the gut” by SPIN Magazine, and “breathtaking” by The Huffington Post, among other national press praise.

In 2016, Jayk wrote and produced short “Synching” starring Milana Vayntrub (This Is Us, Silicon Valley, Love, AT&T’s Lily), Lauren Flans (Wild N Out, Another Period), and Sundance Alum Adam Gifford (Longmire, Wristcutters: A Love Story). He then wrote, directed and produced a music video for the song “Precious Gold” by Beca, which released April 2017, praised by such outlets as Stereogum, Flaunt, Lucky Magazine, etc.

Gallagher acted on HBO’s Emmy Award winning Veep as John Corbin, but is best known for roles in David Fincher’s “The Social Network” and Coen Brothers’ “Hail Cesar!” He’s appeared on CBS, TNT, MTV, ABC Family, Comedy Central, E!, The Disney Channel and other networks in shows like CSI: NY, SouthLAnd, Crash and Bernstein etc. He stars as Brandon Dedd in the feature “Dedd Brothers” now available on Amazon. Jayk has appeared in over 40 national commercials.

Jayk is a produced playwright, a published poet, and a prolific screenwriter. He workshopped several plays with Brimmer Street Theater Company in LA, that would later inspire the screenplays “Synching” and “The Apprehension Of Dr. Kaczysnki”, a finalist in last year’s lab. The cold open for his sci fi thriller film “Chronopath” was transcribed directly from a dream.
Gallagher performed comedy on the mainstage at The Comedy Store, The Improv Hollywood, The Laugh Factory and more. He fronted grunge band Hobart W Fink whose music rocked SyFy Channel’s cult hits “Sharknado 2” and “Three Headed Shark Attack”, played on the world-famous KROQ, and was calling “Imposing” by SPIN. Jayk also released 4 EPs as a rapper, and garnered over 100,000 views on Youtube as part of national rap battle league Grind Time.
Jayk’s hobbies include kayaking and hiking. He has two cats, Sooty and Seiorse, who he loves more than life. He lives in Los Angeles, in Silver Lake, and does everything he can to participate in creating local art.

Idyll was selected by the Philadelphia Latino Film Festival to debut in their post-festival content in August 2019!

50% of all women in same-sex relationships experience abuse at the hands of their partners, yet there are entirely too few films addressing this topic. Our Latinx and LGBTQ centered film “Idyll” aims to change that fact. In a time in which every year 4.7 million U.S. women experience domestic violence, this is a crucial and urgent theme.

“Idyll” is a romantic drama between two young Latina women, Vera and Petunia. “Four years after a violent argument, Petunia, a young woman recovering from mental health and memory issues, struggles to find the best way to make amends to her ex-fiancé Vera.” — Our story flashes back and forth between a relationship-ending incident between the two ladies while at a seemingly idyllic oceanside guest house, and four years later at a woodsy vacation cabin where Petunia surprises Vera and her new partner Carol, waking them in a clumsy attempt to make amends.

The film explores unique and necessary themes— Domestic abuse in same-sex female relationships, the shame of memory loss and mental health issues, and the proper way to make up for past mistakes. We have created this film and are submitting it to festivals because it carries a necessary message and must reach the widest audience possible.

As the film gathered momentum from script through production, it became apparent how universally relatable the content was. Our writer/director had set out to create a tale extremely personal to him— A private story that left him feeling uncomfortably vulnerable when sharing it with the world. But as actors and crew-members gathered around the project we found so many team members with first-hand experience with mental health issues and abuse. One lead actor has an alcoholic father, another a drug addicted family member. Another artist involved with the project shared of her father’s narcissistic personality disorder and rage blackouts. Women shared about being the abuser and the abusee, sometimes simultaneously. The exploration, and humanization, of those who push away and hurt the people they love most, was something our cast and crew not only identified with, but felt strongly needed to enter the world.

Many Sundance Film Festival Alumni united behind the project. David Marks, Editor of Gus Van Sant’s Don’t Worry He Won’t Get Far On Foot, which debuted at Sundance 2018, served as our Editorial Consultant. Our writer/director Jayk Gallagher was a Finalist for the Sundance Screenwriters Lab and Sloan Commissioning Grant in 2018. Lead cast member Andrea Sixtos, a Series Regular on CW’s The Arrow, and a Series Regular for three seasons on HULU’s East Los High and Recurring Guest Star on a major CW action series (can’t reveal it yet), had a role in Sundance favorite Quinceañera.

“Idyll has one of the best scripts I’ve read in a while,” says the project’s Latina producer Lynette Coll, who also in 2018 produced upcoming David Lynch feature film The Happy Worker (with Thomas Haden Church and Colm Meany) with the company SingularDTV at which she is Manager of Development. “Jayk Gallagher is very progressive. He’s telling stories about Latina women and creating a space for voices that are not heard.” Jayk has written, produced, and directed music videos called “a kick to the gut” by SPIN Magazine and “breathtaking” by The Huffington Post, as well as content for Fremantle Media, Current TV, Sun Microsystems etc. Gallagher’s sci-fi short“Chronopath” which he wrote and directed last year included work by VFX Supervisor and Sundance Alum George Loucas (Beatriz at Dinner, Burning Sands) and is currently awaiting its genre festival debut. David Hemingson, (Creator WB/ABC’s Whiskey Cavalier (2019), Creator Kitchen Confidential, Producer/Writer ABC The Catch, Black-ish, Don’t Trust the B, How I Met Your Mother, Family Guy, Just Shoot Me,etc), called the film “evocative, emotionally affecting, compelling” and stated that “the writer had a great sense of character, nuance, and tone.”

This film “Idyll” has less of a colorful look than Jayk’s past work and uses all natural light, an Arri Alexa, and Kowa anamorphic lenses to achieve a warm, fresh, loving look, as it explores the topic of how best to make amends for past mistakes. Visually, we strove to highlight an “organic, authentic, natural” aesthetic, focusing occasionally on lips and eyelashes, and other details that reveal we are living creatures. Certain visual cues were inspired by Aranofsky’s The Fountain, while the overall visual feel of the film was more inspired by films like Malick’s Tree of Life. Other visual influences include Dallas Buyers Club, Into the Wild, Revenant, It Comes at Night, and Wild. Location-wise, The Malibu color palette is one of ocean and coral, gardens, and sea fauna, while the Topanga color palette is the earthy brown and leaning sepias of falling leaves and willows. The film features an all-star crew, including colorist Darin Wooldridge who colored a feature that won Best Cinematography at Tribeca, as well as Guardians of the Galaxy, Captain America Civil War, etc. He worked 20 years at Technicolor. Production Designer Sonja Kroop designed LA Film Festival Feature Film Award Nominee Echo Park, and Director of Photography Ian Clampett worked on Captain Marvel, Baskets, Legion, Z Nation etc. The film also features work by Amanda Jones, a composer who works for Lion’s Gate and such shows as Dear White People, Greenleaf and Nashville, plus Sound Designer Barry Weir who works on shows like The Voice, Beat Shazam, American Idol etc. “Idyll” also stars Vanessa Garcia, who had amazing Guest Star roles on SWAT, CSI, NCIS, Stitchers, etc, and Arielle Hader who has a Recurring Guest Star 4 eps of Grey’s Anatomy in 2019.

It is with pride, honor and gratitude that we submit this film for your review. We hope you will enjoy and connect with the artistry, and most importantly, the themes. We have included promotional videos cutting together interviews with 15 different women involved with the project who stress the urgency and necessity of the material. 1 out of 3 U.S. women will experience domestic abuse during their lifetimes. We hope you will join us in helping this film reach the largest audience possible, so we can join in the effort to change our society for the better.