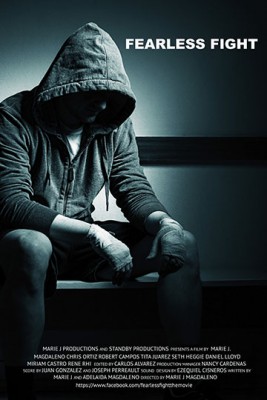 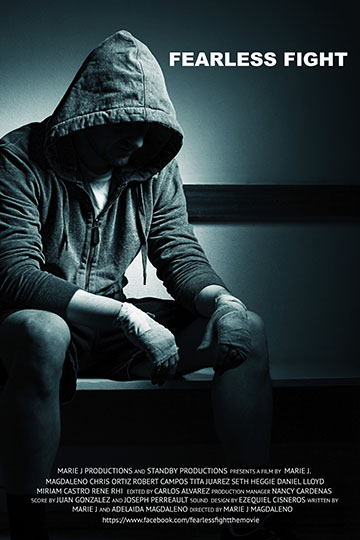 “Fearless Fight”  is the story of a young man by the name of Ricardo De La Cruz who served time in a prison facility following a rough situation. It had been the longest and toughest time of Ricardo’s life, especially when he had to learn to endure many hardships and pain while learning of his Fathers passing while imprisoned and knowing his mother and little brother were left alone to meet each days struggles without him. Ricardo is about to discover that life isn’t just hard in a prison cell, but also out in the real world. Ricardo served time for smuggling immigrants. He is excited yet afraid to know what is out there waiting for him.

Throughout all these hardships, Ricardo thought about one person and felt the need to reach out to him. Don Felipe taught Ricardo how to box when he was a little boy but he was also a father figure to him. Knowing he had lost his father in prison, Ricardo decided to reach out to Don Felipe following his release. A year goes by and Ricardo is working at the Youth club teaching kids how to stay out of trouble. At the same time, Ricardo is being trained by Coach Felipe to become a boxer and take up on his first fight. Gradually, Ricardo takes up on his first fight and loses it, but he learns that no battle is hard to win when you know you have tried your best. A couple of years go by, Ricardo signs with a professional boxing team and ends up defeating all odds. 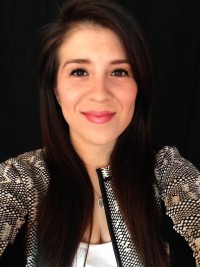 Marie J. Magdaleno was born on April 19, 1990 in Brownsville, Texas. She is an independent filmmaker known for Fearless Fight, which has officially been selected in several states in the United States and Germany. Marie found an interest in filmmaking in her early teens after having the opportunity to visit film sets in California. A few years later, she attended filmmaking workshops in Austin, Texas while continuing her education at the University of Texas-Brownsville. At the age of 21, Marie graduated with a Bachelor’s of Art in Communications and went on to compete in several CNN boot camps, landing 3rd place out of hundreds of contestants from all over the world. Soon after, Marie landed her first big budget film as a wardrobe production assistant on the set of, “A Night in Old Mexico,” which starred Robert Duvall, Jeremy Irvine and Angie Cepeda. After wrapping ANIOM, she co-wrote a film, “Fearless Fight,” with her mother in which Marie also debuted her directing skills. The entire film was casted and shot in Brownsville, Texas. Along the way, she worked as a Property Master for the movie, “Endgame,” starring Rico Rodriguez, Valente Rodriguez and Efran Ramirez. Marie recently completed a one-hour special documentary on a local prison facility in the Rio Grande Valley, Texas that is set to debut in film festivals this year. She currently has several projects in the works as well as a feature she is writing.

Born Marie J. Magdaleno in Brownsville, Texas, Marie debuted her directing skills in her first film, “Fearless Fight,” which took place in her hometown, a town across the border from Matamoros, Tamaulipas. Magdaleno’s father is from Morelia, Michoacan and her mother is from Corpus Christi, Texas. Marie found an interest in filmmaking early on has since then been working on her craft.