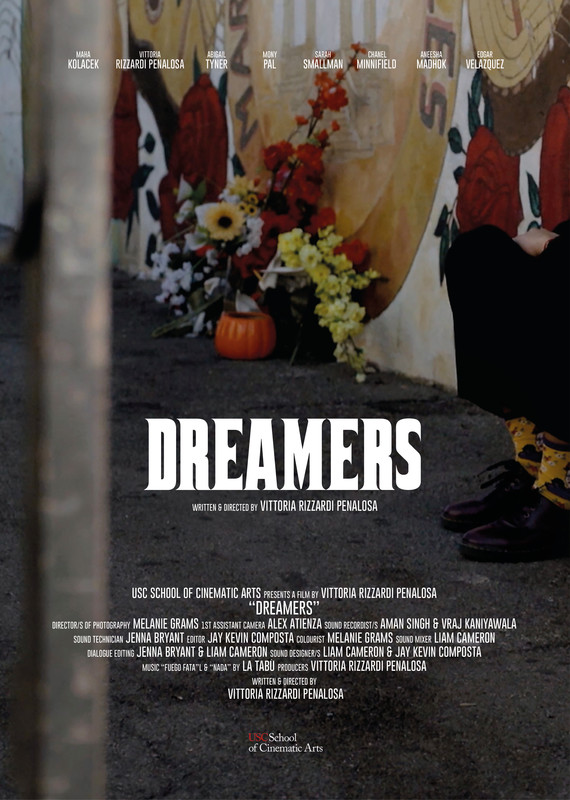 When Eva Lopez becomes the only Latina shortlisted as a Supreme Court candidate, she fires her legal clerk, Adriana, after discovering her greatest secret: she is an undocumented dreamer. Just when she thought she cleaned her profiled successfully, Adriana throws the ball back at her, letting her know she can play this game too and bluffs her way back into the courtroom.

Once-upon-a-time, in the city of Verona, a man and woman met and, inevitably, fell in love. Her: daughter of a wealthy family. Him: son of a modest cotton farmer and horse tamer in Colombia. Like all real-life fairytales, it didn’t last. But resulted in something groundbreaking: VITTY. Things got wild. From being in the circus, to becoming a professional horse rider, and getting a Law degree in London, Vittoria eventually found herself. She writes about unsettled young adults who, due to their shaky past, struggle to stand up for themselves.
Vittoria Rizzardi Penalosa is a young Italo-Colombian filmmaker based in Los Angeles. Her short films have received worldwide recognition at film festivals as well as her feature and pilot screenplays which have been critically acclaimed at screenwriting competition. She just graduated from a Master in Writing for Screen & TV at USC.