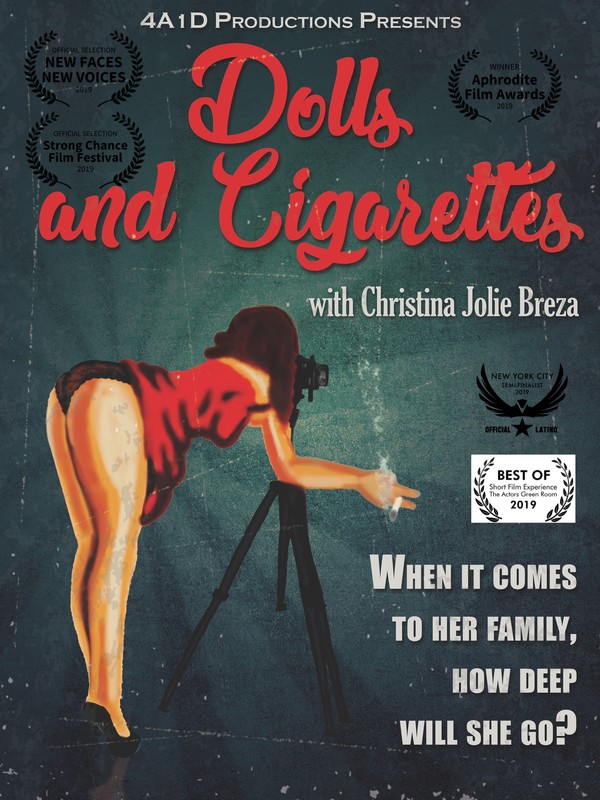 When it comes to family, how deep will she go? When her family is in trouble, she finds herself getting involved in the adult film industry. 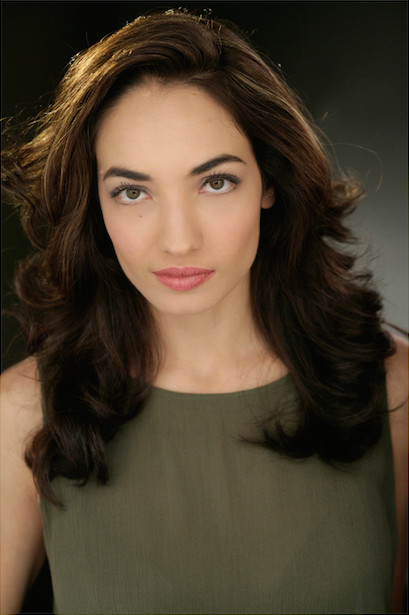 Christina Jolie Breza has been a storyteller since birth. It all started at the age of 7 when she performed the role of the Squirrel in “Narnia.” She then went on to create her own home theatre company called Duke’s Night Club where she and her friends would produce and perform shows for their families.

Christina is an all around actor with a broad range of abilities including choreography, combat, and makeup design. She was born to produce and thanks to her husband Gui Agustini, they started their production company, “PowerCouple Productions” to produce and create their own work! She also has a passion for fashion with her costume design and deep knowledge of dramatic history. She has a sultry presence, sexy, and electric with a Shaman Warrior energy who’s nobody’s fool!

She was born and raised in Sunny South Florida, now a Big Apple Artist! Her hobbies include: competitive horseback riding, trail riding, archery, firearms, playing with her plethora animals, competitive cheerleading, being a beach bum, yoga, scrap booking, traveling, dancing, singing, and volunteering at numerous animal shelters, she has a big heart for animals.
Christina is also a world traveler, exploring all over the US, Europe, and Latin America. She went to Europe twice as apart of the European Charity Tour Band with the Make-A-Wish Foundation, Costa Rica, El Salvador, Brazil, and Peru in search of a deeper understanding of the Latin language and culture.
Christina graduated from University of North Florida where she earned her AA degree in English, then went on to graduate from Florida Atlantic University with a Bachelor of Arts Magna Cum Laude in performance, combat, and make-up design. Christina has extensive training in the techniques of Uta Hagen, Stanislavski, Meisner, Laban Movement, Rasaboxes, Viewpoints, Shakespeare, Chekhov, Chuck Jones Vocal Technique, Fitzmaurice Technique, Mask/Clown work, and Alexander Technique. She also studied lighting design, set design, costume design, stage painting, directing, stage management, screenwriting, playwrighting, dramatic literature, film studies, modern dance, ballet, and tap. She attended a summer intensive at the New York Film Academy in Manhattan, where she focused on Acting for Film, Meisner, Chekhov, Strasberg, Voice, and Shakespeare. She recently graduated from a two-year acting conservatory here in NYC. Christina has also been honored and blessed to have studied intensively under Aaron Speiser, Lenard Petit a Michael Chekhov specialist, Andrew Wade, Anthony Meindl, Chuck Cooper in a Musical Theatre Workshop, Tim Carroll and Daniel Davis for Shakespeare Technique.
She has put her training to good use by starring in films such as “Chiaroscuro, Baby” (2009), “Lines” (2012), “Escape” (2012- Academy Awards selection), and “The Perfect Stroke” (2014) which she co-produced with her husband, Gui Agustini. She has also performed in the off-Broadway Traveling Company of “Tony and Tina’s Wedding.” Other stage work includes, Sylvia in “Sylvia,” Columbia in “Rocky Horror Picture Show,” and Sister Prejean in “Dead Man Walking.” She has made her NYC Stage presence at The Theater for the New City in the off off broadway production of “Imagine-stories inspired by Beatles songs”, “Medea” as Medea at AlphaNYC and Boudicca apart of the “Street Cirque Company” in Brooklyn.

She is currently residing in New York City, expanding her creativity and being a journey seeker in the BIG APPLE! She could not be more stoked about her new adventures and living in the greatest city in the world!

I originally wrote this 10 years ago as a 10 minute play for a college playwriting class, it was one of 5 to be picked to be produced and performed. I then picked it up 10 years later thinking it would make a great short film. This story is very personal and I love that I never gave up on it, and it has transformed into something new, a story that can still be told and is still relevant through a different medium. 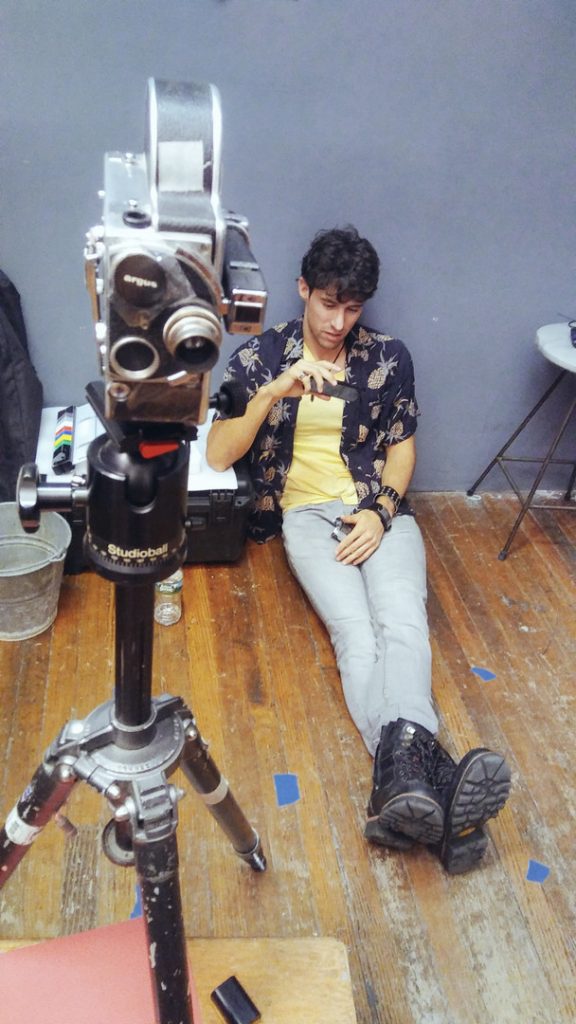 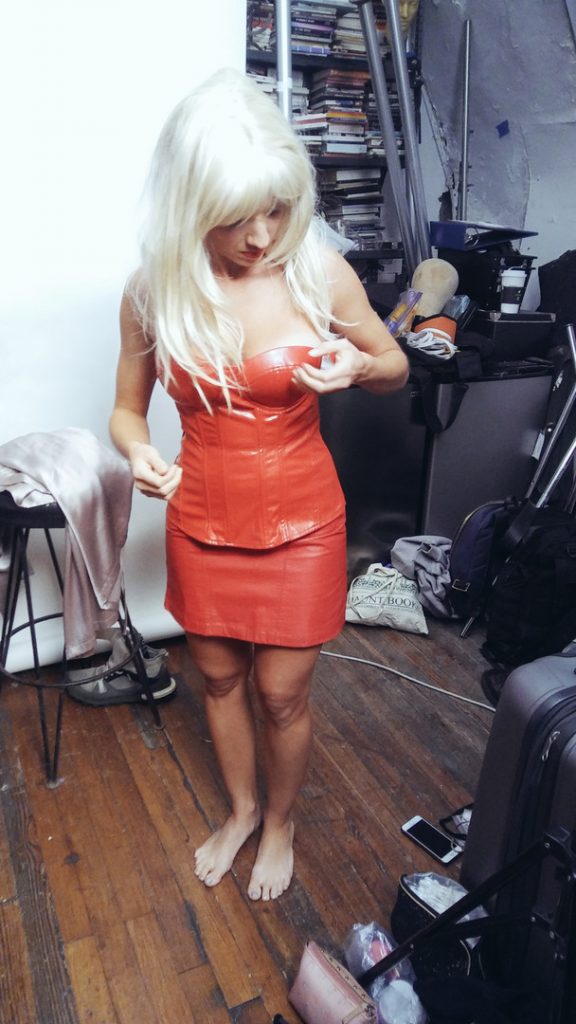 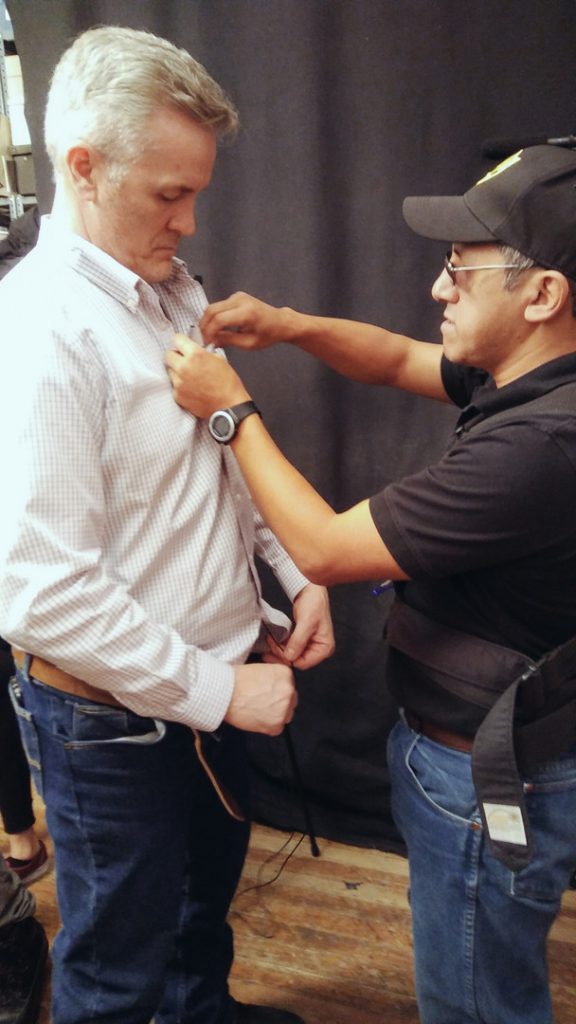 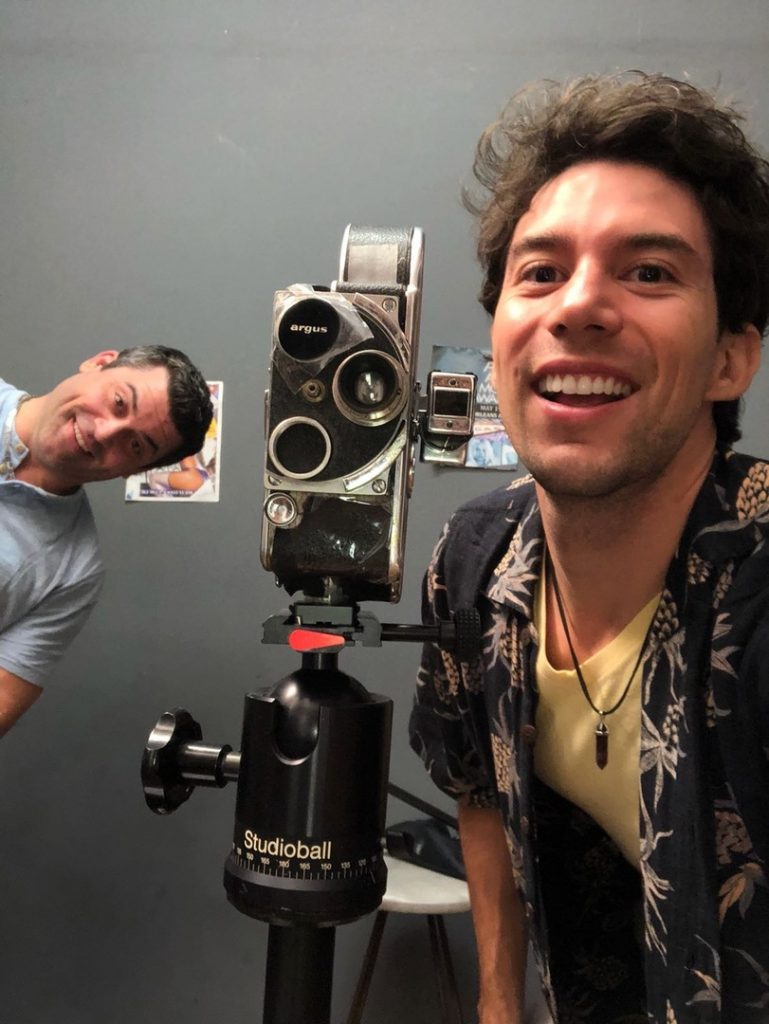 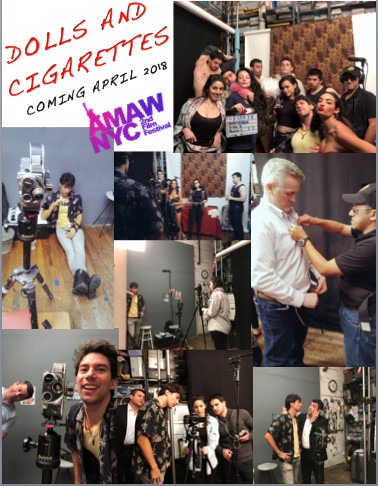 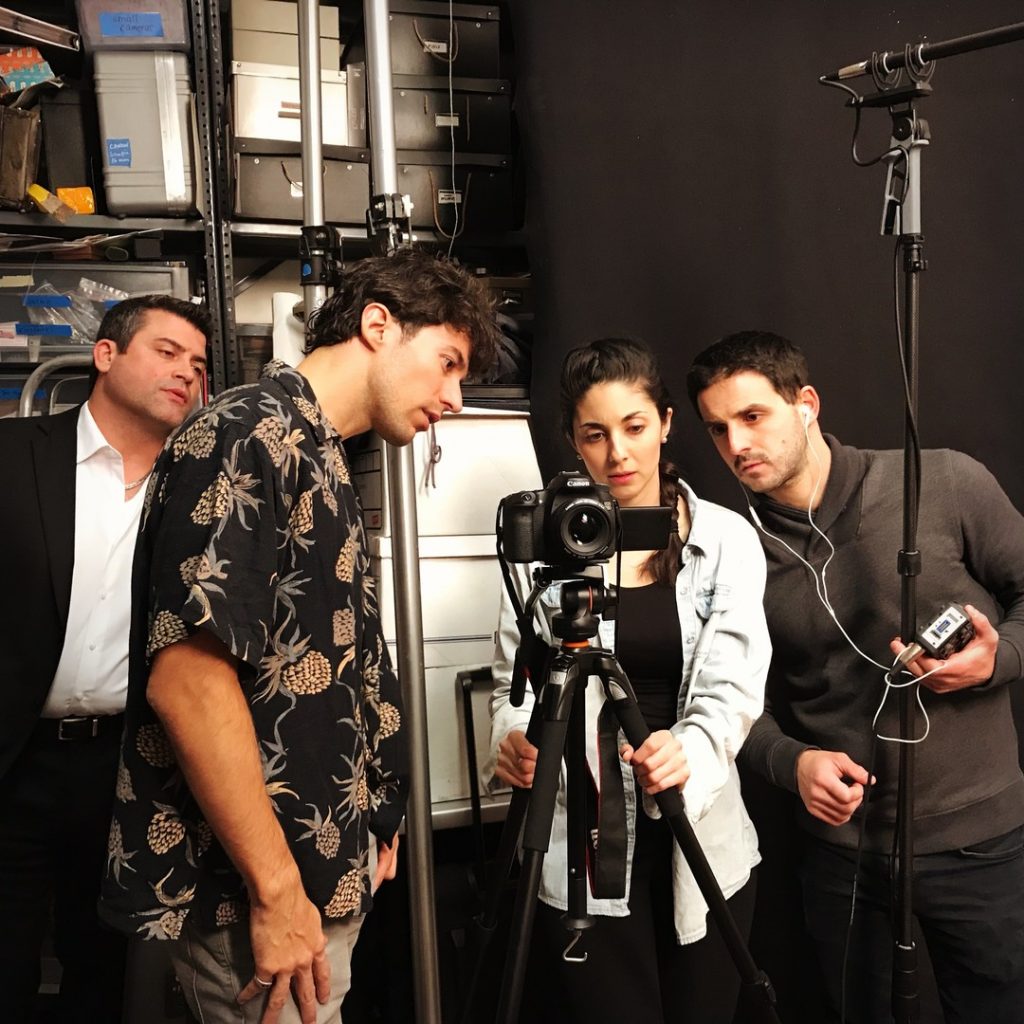 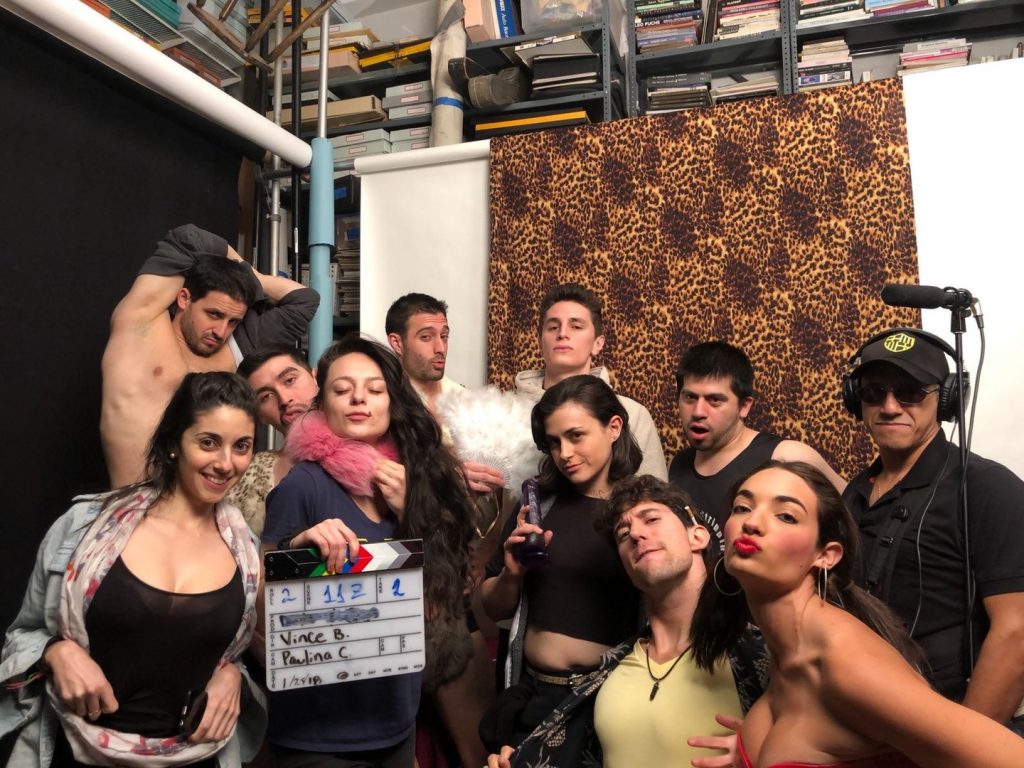 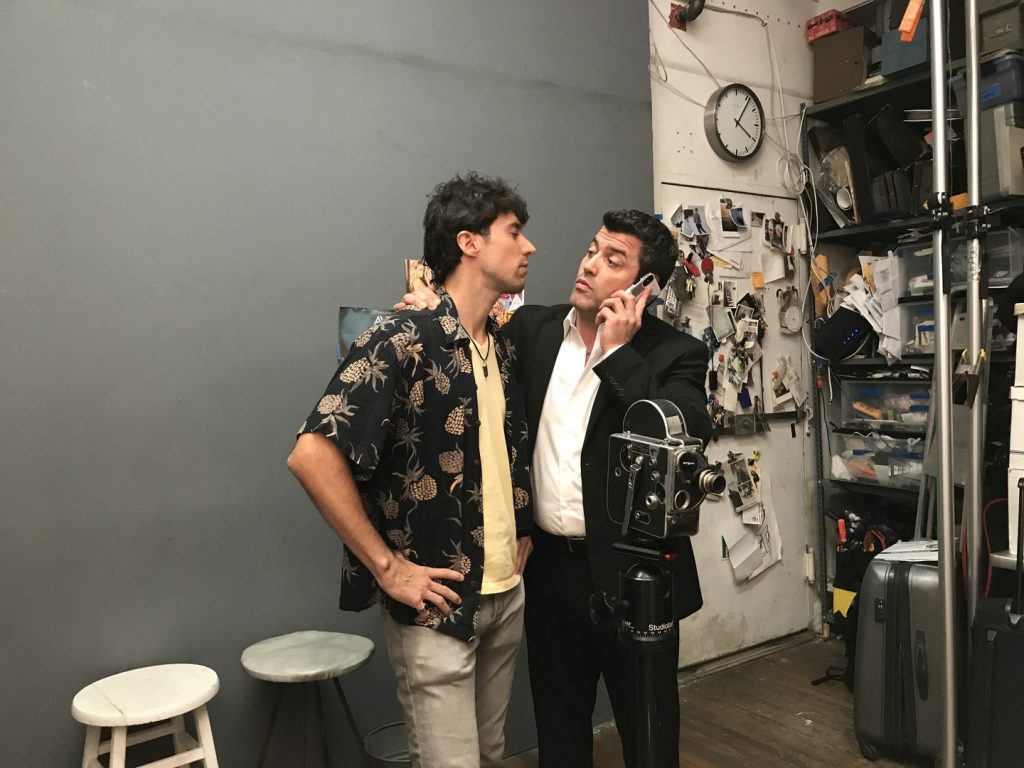 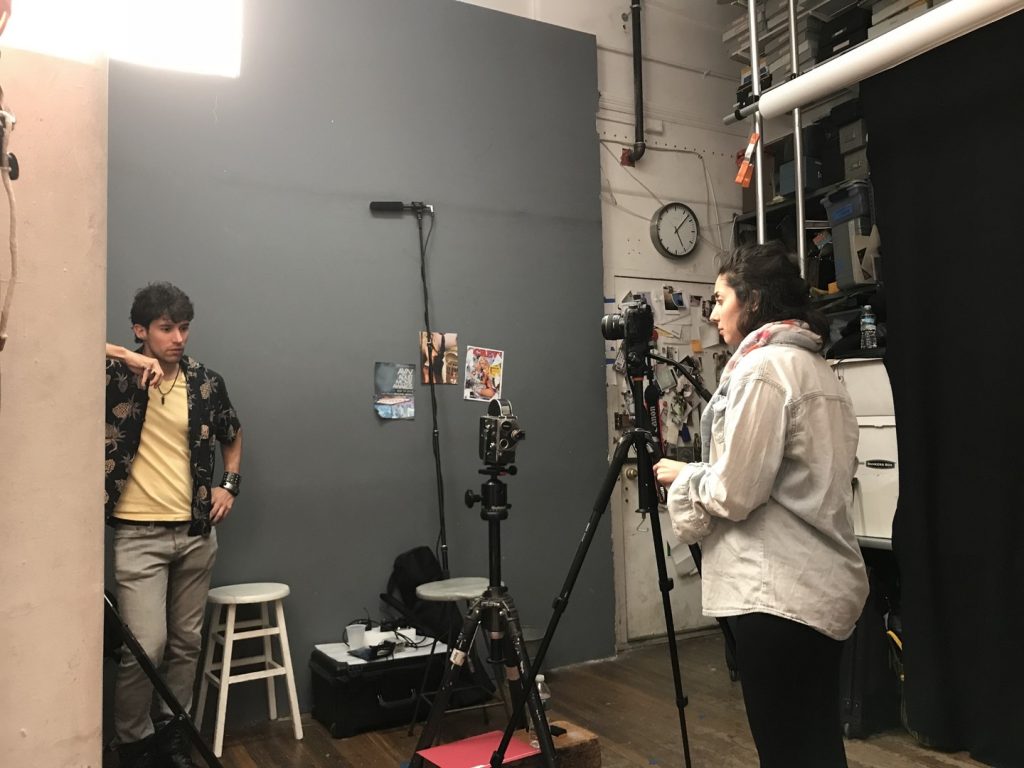 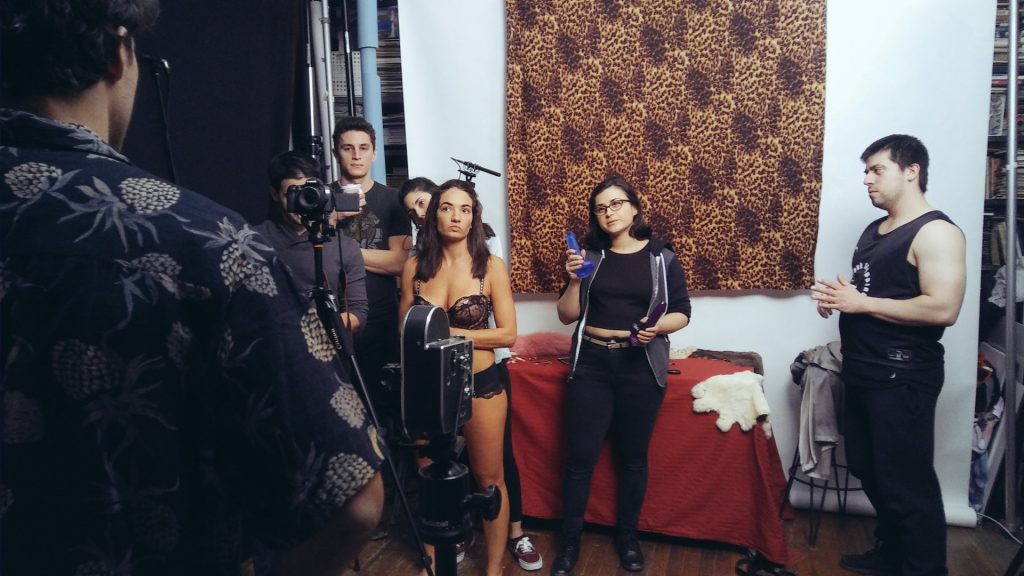