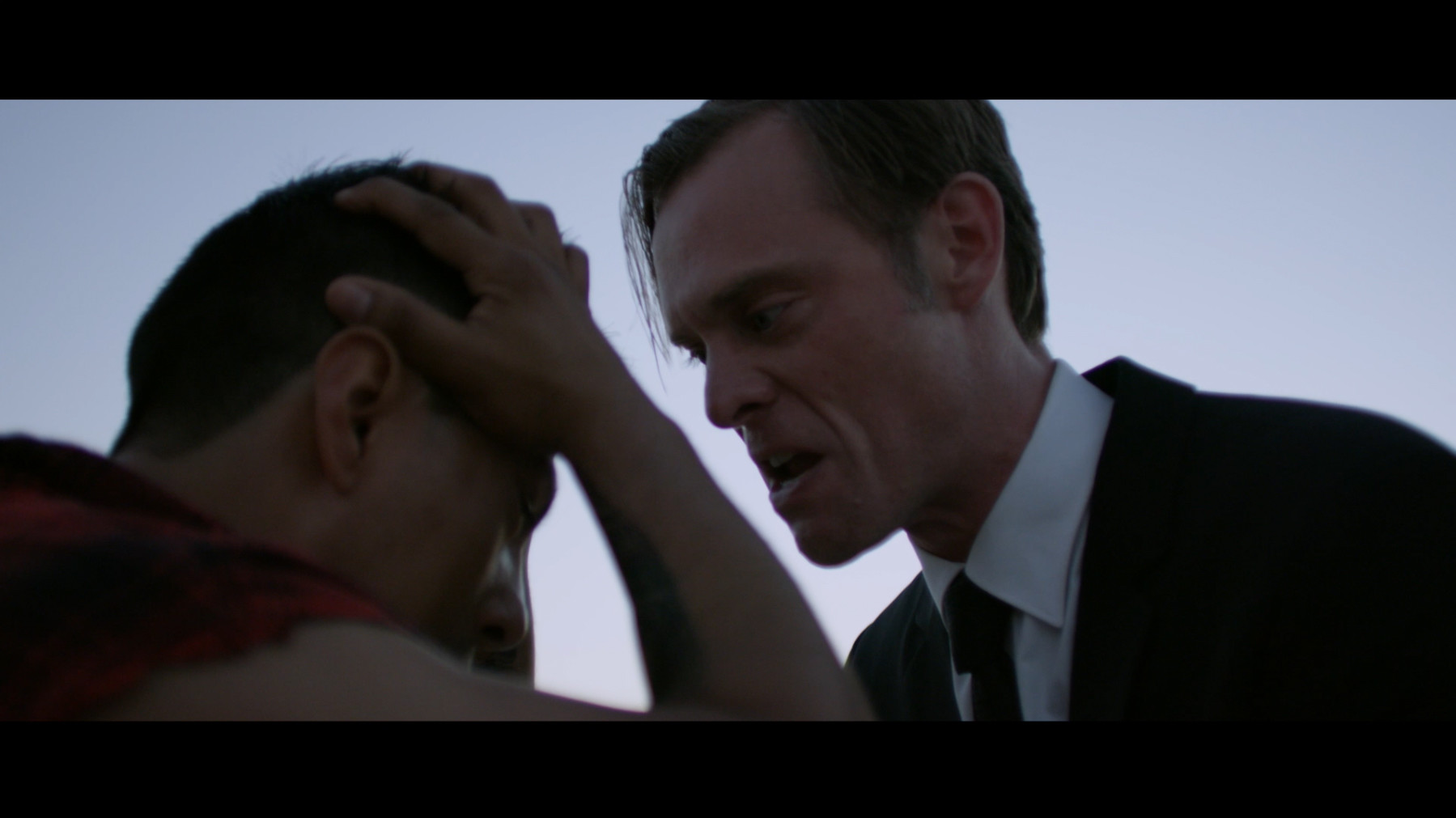 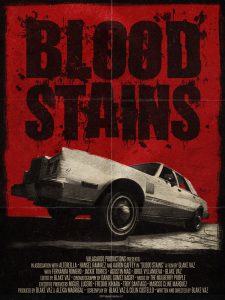 Leaving his band and girlfriend behind to become a star in America, an ambitious singer meets a mysterious hitch-hiker who can turn his dream into a nightmare.

Laz, a musician from the border land of El Paso/Juarez, always believed his destiny was to become a famous rock star.

Unfortunately, neither his bandmates nor his girlfriend believe in his hopes and dreams. Frustrated, he leaves it all behind for a shot at stardom. With only his Mother’s blessing, Laz leaves to Los Angeles for his shot at the American Dream.

It is on the road to Hollywood that he encounters a mysterious man. Stranded in the middle of the Arizona desert, he asks Laz for a ride to Los Angeles, in return he will cover all expenses on their way there. But is there something else behind this chance encounter?

On their Journey, Laz must make a choice and discover how far he is willing to go for a shot at his dream.

A native of the Juarez/El Paso borderland, Vaz has been involved in music and film since his teenage years. As the lead singer of the rock band The Mulberry Purple, Blake Vaz toured and played hundreds of shows in the US and Mexico. The band continues releasing music for films, commercials and digital content.

With over 10 years experience creating digital and branded content, Blake started his content career on the news media side working for one of the largest publishers in the country, the Tribune Company. As the Digital Products Manager for Tribune’s Hoy Newspaper, he was instrumental in the development of new digital properties, curating and creating content as the Newspaper world transitioned into a digital first strategy.

As the Director of Digital Content for Walton Isaacson, ‘The Planet’s Most Interesting Agency’, Blake had the opportunity to create unique multicultural digital content for international brands like Lexus, Spalding, McDonald’s and Wells Fargo.

It was at WI where he was able to bring the music show VIDALEXS PRESENTA Té Para Tres to a larger audience by spearheading the relationship with the Lexus Brand and the show’s creators to produce two seasons of the Emmy Award Winning TV show. As co-producer of the show, Vaz received an Emmy Award in the Magazine Show category.

With the traditional advertising model shifting towards digital and branded content, Blake has been successful in creating and producing content for brands independently and through partnerships with digital studios like Impremedia’s IMStudio+ and Innocean Worldwide.

Blake is also the owner of Valagardo Productions, through which he produces independent content, films and TV shows like Adventure Nation, an outdoor adventure reality show which he co-hosted and produced, and his first short film Blood Stains, which was written, produced, directed and scored by Blake. 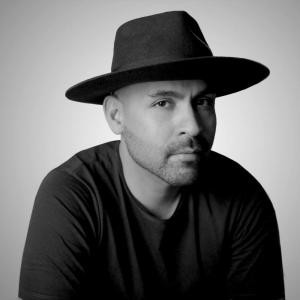 My name is Blake Vaz. I am a musician, singer, director, producer and single father. Like many in this city of angels, I left everything behind for a shot at my dream, just like the main character in Blood Stains.

I’ve played in bands since I was 14 years old, but when I got married I had to leave music behind. In 2001, when my wife got pregnant with our second child, I saw all of my music dreams fading away. I was 21 and I decided to put the band together again.

That is how The Mulberry Purple was born. We toured, played hundreds of shows, and we wrote great songs. I put everything I had on that band.

One night, as I was sitting in front of my computer, looking for ways to get our music out. Sending demos, contacting labels, cold calling agencies. My frustration reached a boiling point, and I started writing. Angry. Frustrated. I wanted to leave everything behind as I told myself that I was willing to do anything to conquer my dreams.

The first couple of lines wrote themselves. My main character, a frustrated musician that wanted to leave everything behind for his dreams.

That night the first draft of Blood Stains was born. Exactly a year later I was in my car with all of my belongings heading to Los Angeles. As I made the drive cross-country, crying, scared, confused. I remembered that little short film I started writing a year before. At that moment I asked myself. How far am I willing to go for my dreams?

A mysterious stranger didn’t appear asking for a ride. My song Blood Stains didn’t appear magically on the radio. But right then I decided that I would do whatever it takes to make my dreams come true.

The first thing I did when I finally got to LA and found a couch to crash on was open my old laptop and start working on that script. A few days later it was forgotten once again. But as with many people who journey to LA, I hit a detour that put me on a slightly different path.

But I never forgot about Blood Stains.

Fifteen years have passed, but this passion project has always been on my mind. I believe this is the right time to make the film, which is a proof-of-concept for a feature. I have a great team, and more importantly, the story is more relevant than ever. Not just to me, but at a time where we crave and demand instant gratification and instant success; a story that shows you the pitfalls of leaving everything behind to reach your goals, it could serve as a cautionary tale to all those frustrated artists that feel their time is running out. 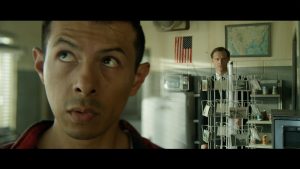 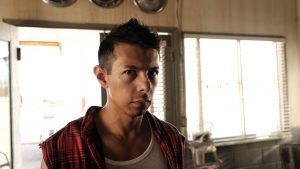 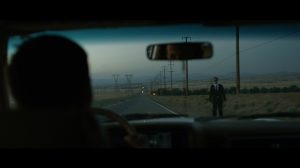 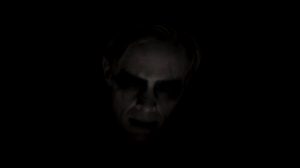 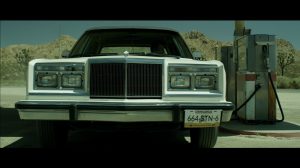 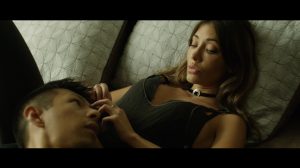 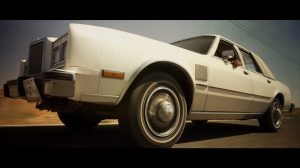 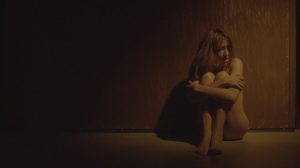 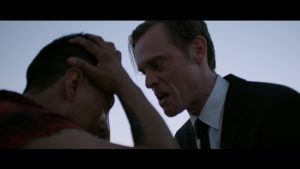